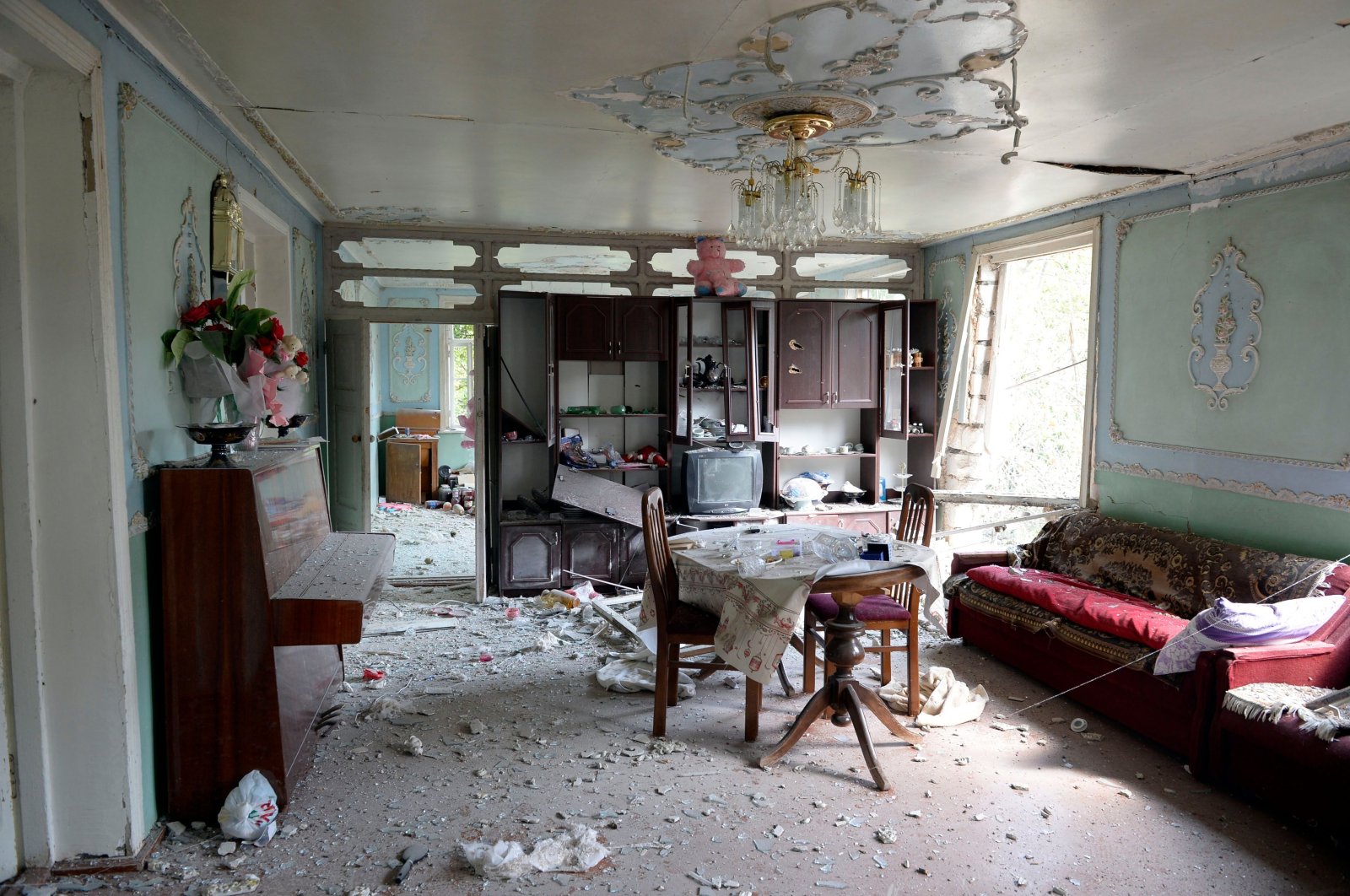 An interior view of a house damaged in a recent shelling by Armenian separatist terrorists in the village of Sahlabad outside the Azerbaijani city of Tartar on Sept. 29, 2020. (AFP Photo)
by DAILY SABAH WITH AA
Sep 29, 2020 4:45 pm

The agency cited a statement by the Azerbaijani Public Prosecutor’s Office, which said that Armenian artillery fire killed a civilian on Tuesday.

Three other civilians were also wounded in the attack.

The Public Prosecutor’s Office also said in the statement that attacks by the Armenian forces between Sept. 27 and 29 left 65 residences and five governmental buildings rendered damaged beyond use.

Azerbaijan's parliament declared a state of war in certain cities and regions across the country following Armenia's border violations and attacks in the occupied Nagorno-Karabakh region.

The OSCE Minsk Group – co-chaired by France, Russia and the United States – was formed in 1992 to find a peaceful solution to the conflict, but to no avail. A cease-fire, however, was agreed upon in 1994.