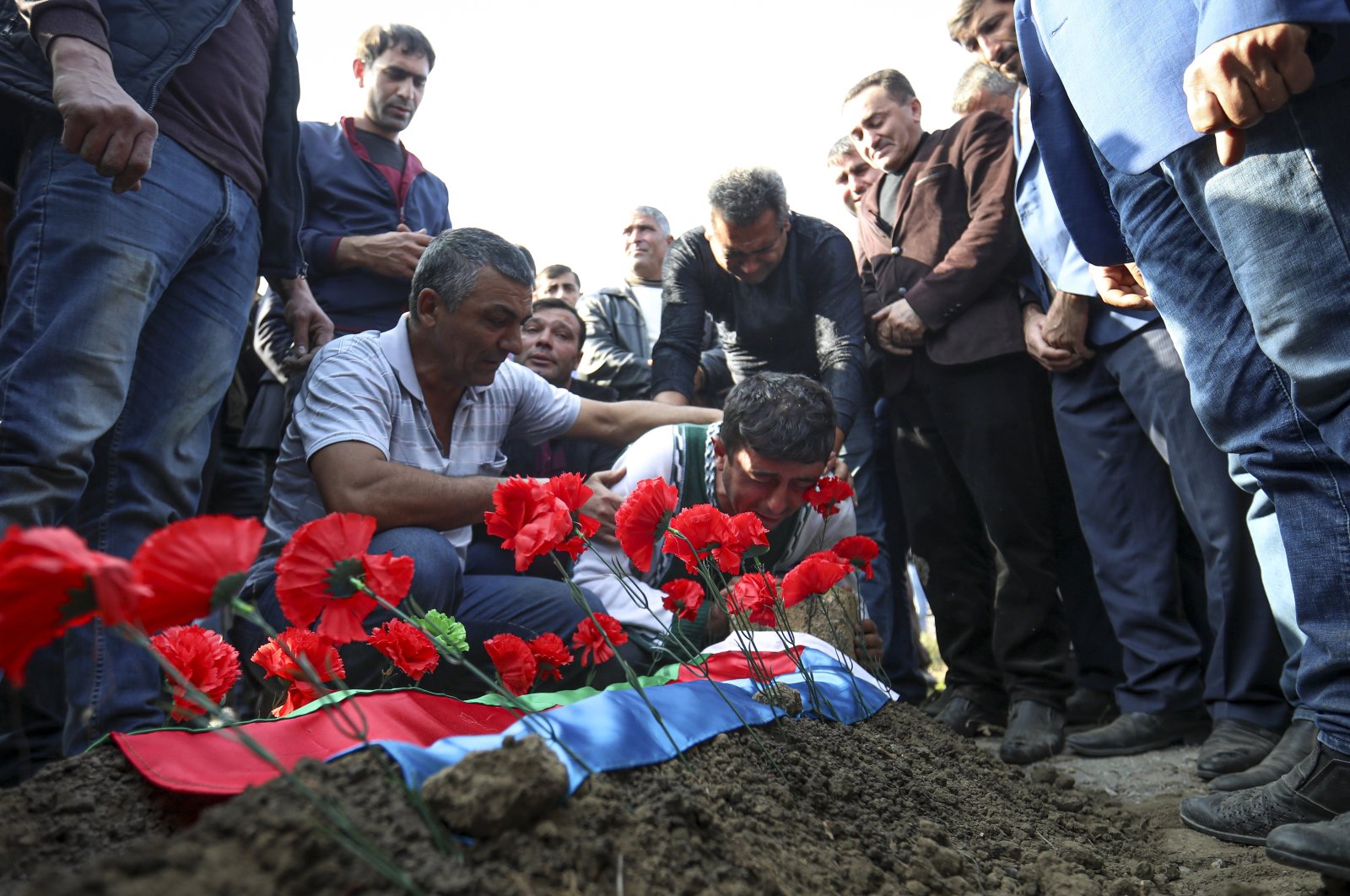 The father of 7-year-old Aysu Isgandarova, who died during shelling conducted by Armenian forces, mourns during a funeral in Garayusifli, Azerbaijan, Oct. 28, 2020. (AP Photo)
by DAILY SABAH
Oct 30, 2020 1:19 pm

The Human Rights Watch (HRW) on Thursday urged Armenia to stop using internationally banned weapons on Armenia amid clashes and described the act as a “flagrant disregard for civilian life and international law.”

“Armenian forces either fired or supplied internationally banned cluster munitions and at least one other type of long-range rocket used in an attack on the city of Barda, 230 kilometers (143 miles) west of Azerbaijan’s capital Baku on Oct. 28,” the rights group stated.

Armenian forces on Wednesday hit the city center of Azerbaijan's Barda, setting multiple shops and vehicles on fire. At least 21 civilians were killed and more than 40 were injured in the attack.

This followed Tuesday's attacks that killed at least four civilians, including a toddler, in an Armenian missile strike on a village in Barda.

“There’s a reason these brutal weapons are banned by an international treaty and using them in a city center shows flagrant disregard for civilian life and international law,” said Belkis Wille, senior crisis and conflict researcher at the HRW, adding that countries should condemn the use of cluster munitions.

The HRW reiterated that on Oct. 28, Armenian Defense Ministry spokesperson Shushan Stepanian said on Facebook: “The statement of the Ministry of Defense of Azerbaijan that the Armed Forces of Armenia allegedly hit the town of Barda with Smerch is groundless and false.” However, on Oct. 29, it issued two posts listing military objects that were used in the Barda attack.