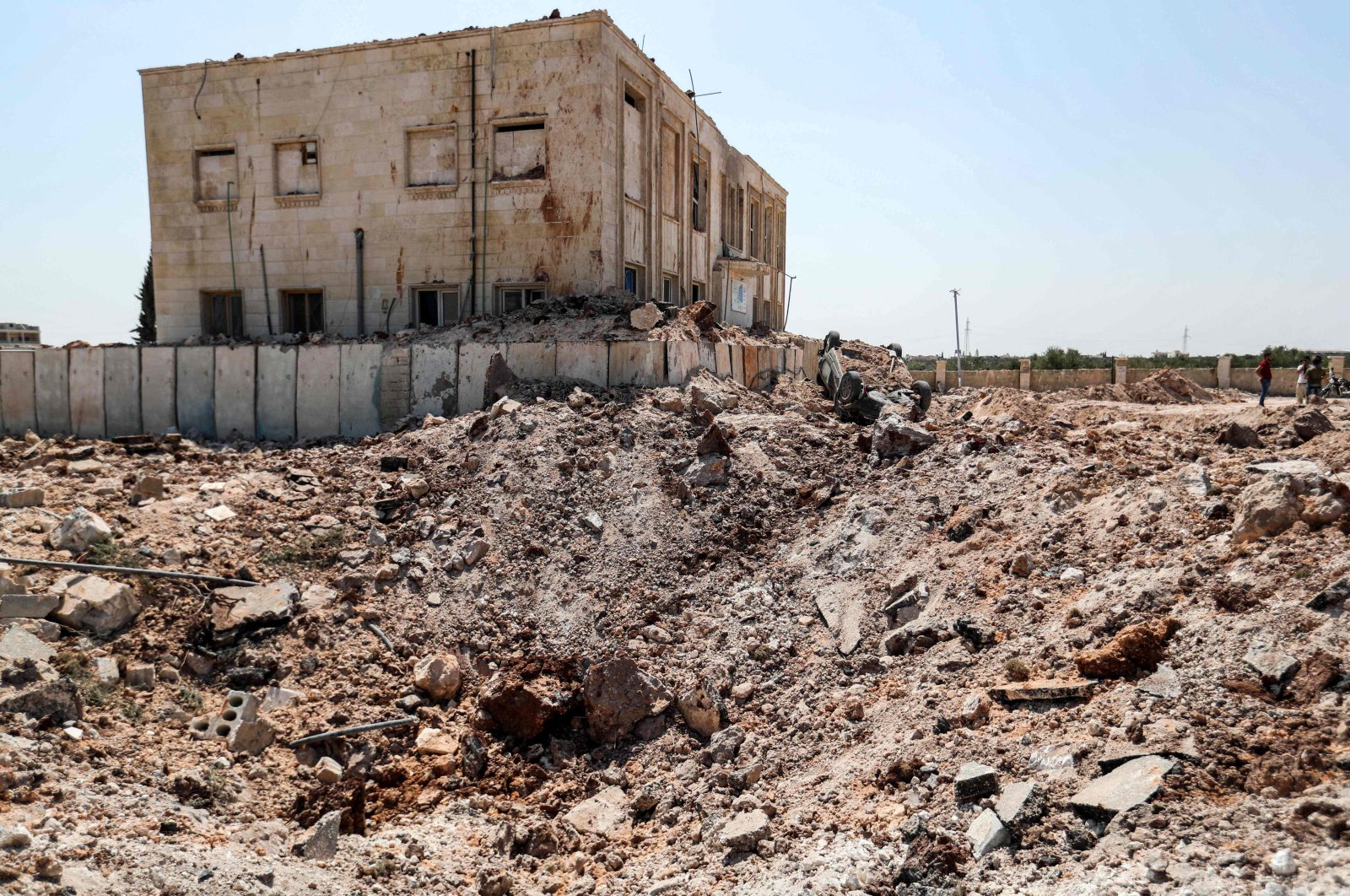 This picture taken on August 31, 2019 shows a view outside a health facility that was hit by a reported Russia-backed regime airstrike after midnight in the town of Urum al-Kubra in the western countryside of Syria's northern Aleppo province. (AFP Photo)
by Anadolu Agency Apr 28, 2020 11:18 am
RECOMMENDED

The Syrian regime continued to commit multiple war crimes in March and April, the same months that saw the rapid spread of the COVID-19 pandemic, according to a watchdog report Monday.

“The Syrian regime killed 44 civilians, including six children, in March and April 2020, and its forces arrested 156 people and committed at least four attacks on vital civilian facilities, including two schools,” the Syrian Network for Human Rights (SNHR) said in a report.

The report recommended that the U.N. impose sanctions on the Bashar Assad regime if it continues to commit crimes against humanity and war crimes.

Asserting that Russia and China are helping the Assad regime by providing relief, the report called on the Russian, Chinese, Cuban and Iranian governments to provide medical and humanitarian assistance in the fight against the coronavirus, rather than the current military support.

It also underlined the need to increase material support for local relief groups in areas outside the control of the Assad regime amid the pandemic.

After originating in China last December, COVID-19 has spread to at least 185 countries and regions.

The pandemic has killed over 208,500 people, with total infections over 3 million, according to figures compiled by the U.S.’ Johns Hopkins University. Some 885,300 people have recovered.

Syria has been locked in a vicious civil war since early 2011, when the Assad regime cracked down on pro-democracy protests with unexpected ferocity, which later developed into bloody clashes and interventions by external forces, including Lebanese Hezbollah, Iranian militia and others.

Hundreds of thousands of people have been killed and more than 10 million others displaced, according to U.N. figures.