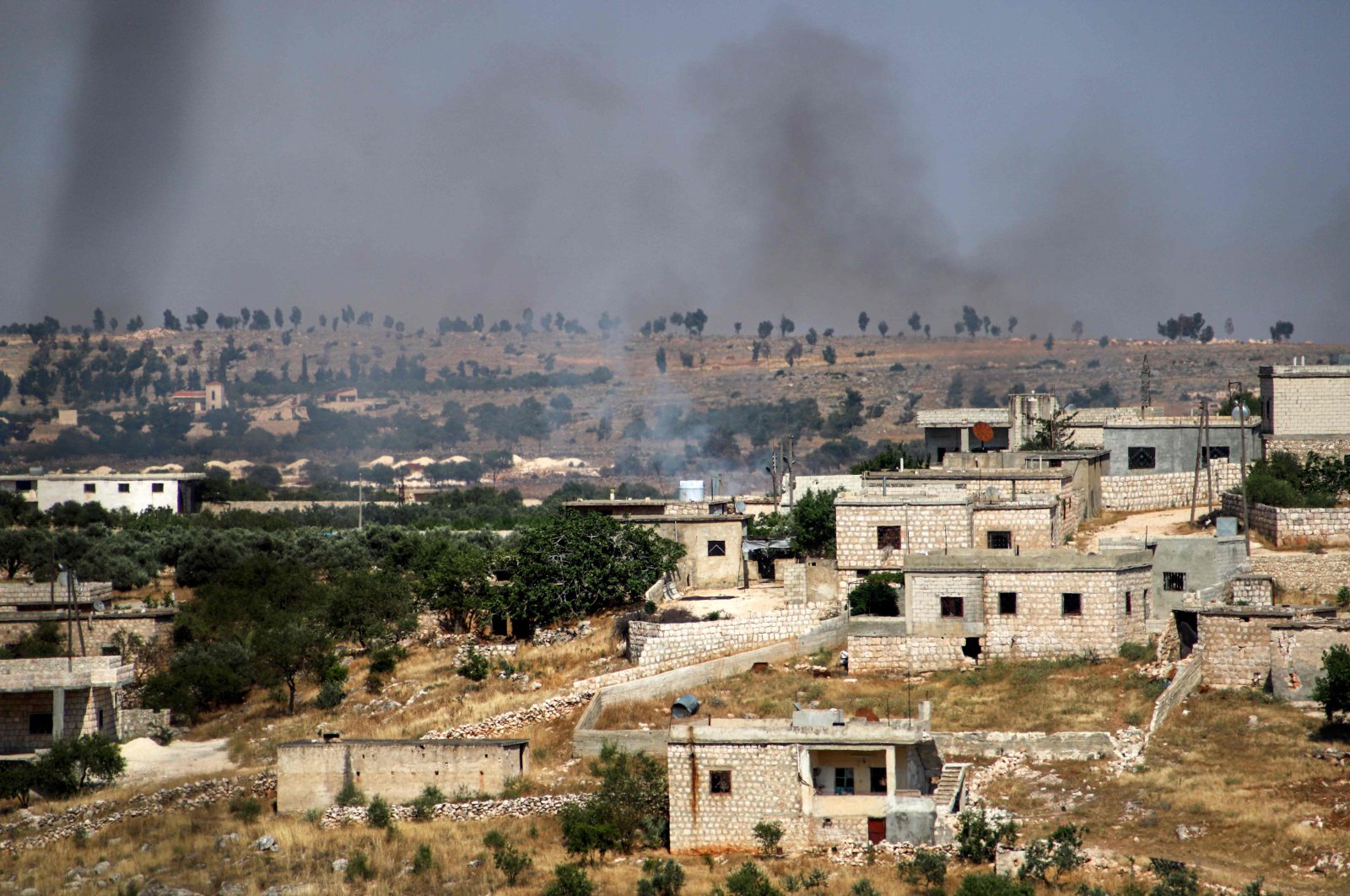 Syrian regime forces and Iranian-backed militia groups are burning down crops in northwestern Idlib and northern Aleppo provinces with artillery fire, according to local sources.

The attacks are also targeting sowing machines and other equipment used to reap the harvest, in an effort to cause permanent damage to the civilian population living in opposition-controlled areas through starvation.

The strategy to starve the local population was previously used by the regime in 2018 and 2019 in rural Idlib and Hama’s Gab Plains, where wheat and barley fields were burned down in artillery shelling.

Turkey and Russia agreed to turn Idlib into a de-escalation zone in which acts of aggression would be expressly prohibited. The regime, however, has consistently broken the terms of the cease-fire, launching frequent attacks inside the zone.

Bashar Assad's winter campaign to regain Idlib province, the last opposition bastion in the nearly nine-year-long civil war, sparked a new exodus of thousands of civilians toward the border with Turkey, which backs some opposition groups fighting Assad.

Turkey, which already hosts some 3.7 million Syrian refugees, says it wants to prevent a further influx and opened its borders to Europe before the coronavirus outbreak.