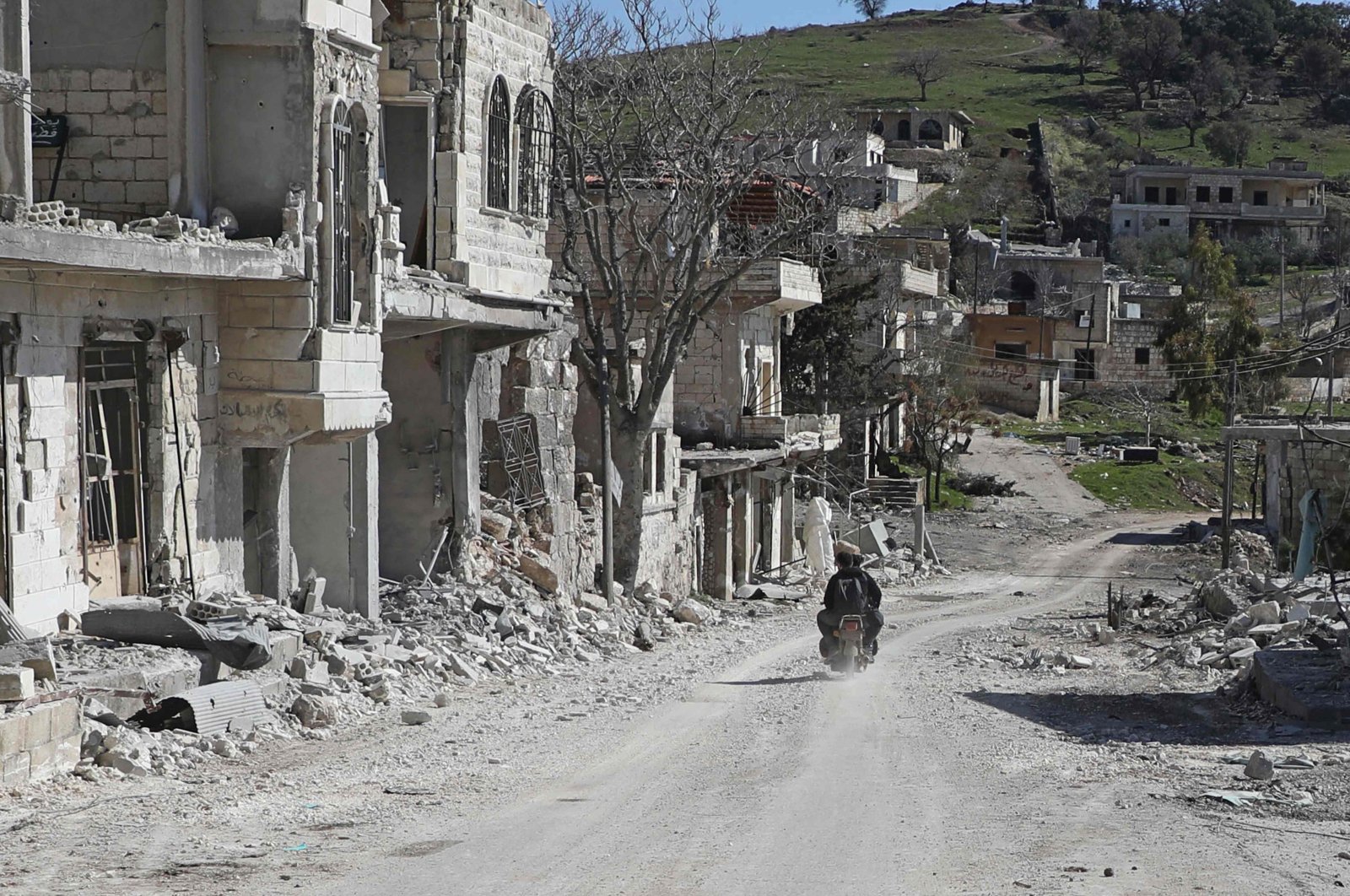 Syrians ride a motorcycle past destroyed buildings in the village of Kafr Oweid in al-Zawiya Mountain region of Syria's northwestern province of Idlib on March 8, 2020, following a Russian-Turkish ceasefire deal. (AFP Photo)
by Anadolu Agency Mar 09, 2020 8:57 am
Edited By Nurbanu Tanrıkulu Kızıl

Forces of Syria's Bashar Assad regime violated the latest cease-fire agreement between Turkey and Russia 10 minutes after it was implemented.

Anadolu Agency correspondents said that by the end of the first day of the cease-fire, regime forces had violated the agreement 15 times.

The regime, which continued the violations Saturday and Sunday, engaged in harassment fire with a machine gun on a Turkish military convoy transporting supplies.

Elements of the regime also fired three mortar shells near another unit.

Harassment fire overnight by regime artillery in villages in Syria's Idlib province continued for about an hour.

On Sunday, regime forces were determined to advance to points in Kafr Nabl village, a buffer zone south of Idlib, with two tanks, two armored personnel carriers and many militia convoys.

Turkey launched Operation Spring Shield on March 1 after at least 34 Turkish soldiers were martyred in late February in an Assad regime airstrike in Idlib. Under a 2018 deal with Russia, Turkish troops were in Idlib to protect civilians from attacks by the regime and its allies.

On Thursday, Turkish President Recep Tayyip Erdogan and his Russian counterpart Vladimir Putin agreed in Moscow to a new cease-fire in Idlib.