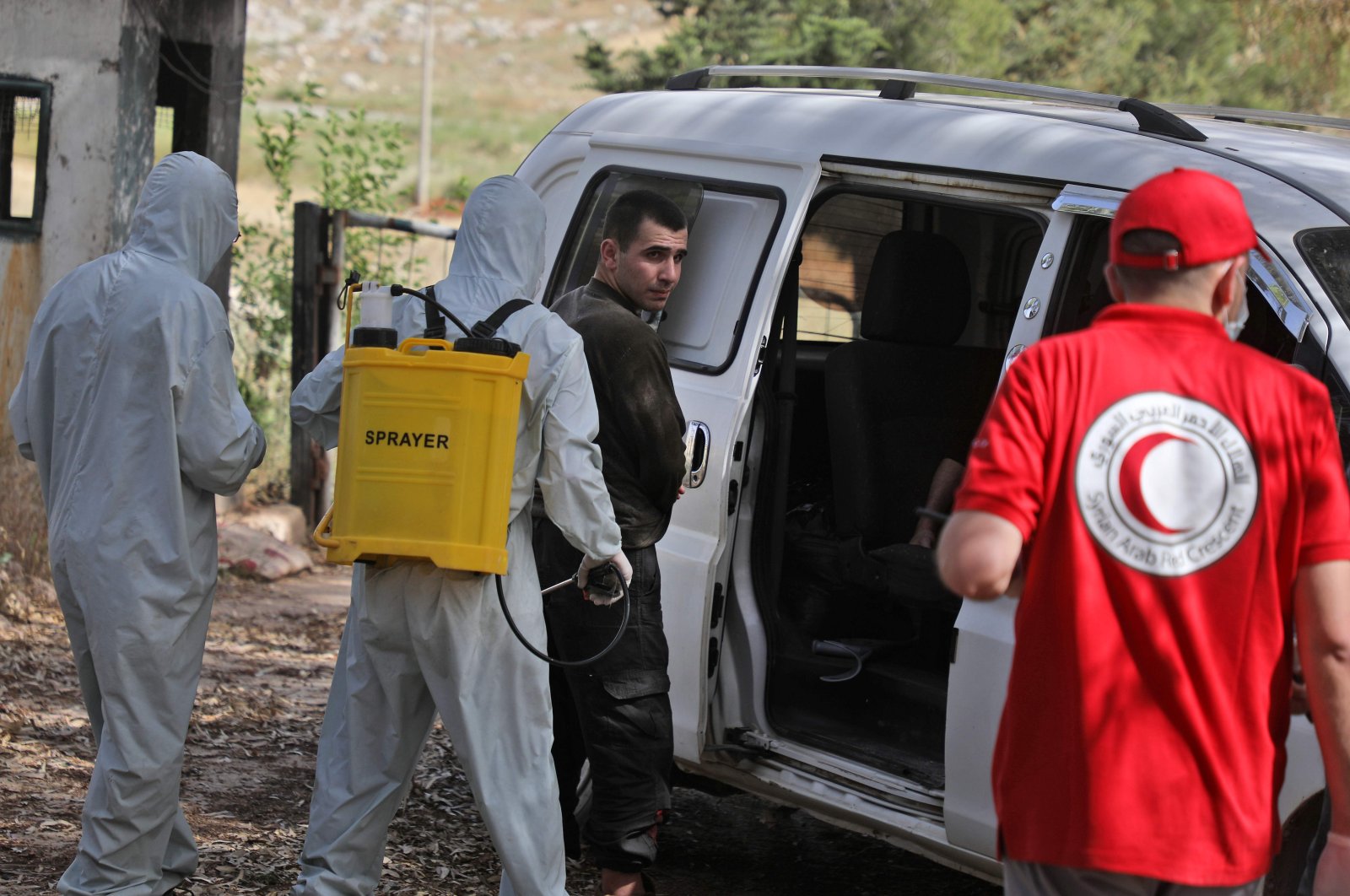 A member of the Levant Front is sprayed with decontamination liquid upon his release in a reported prisoner swap deal with regime forces in Aleppo, May 16, 2020. (AFP)
by DAILY SABAH WITH AA May 17, 2020 12:37 pm
RECOMMENDED

The Syrian regime and Levant Front conducted a prisoner exchange in Aleppo's western countryside in northern Syria, according to local sources on Saturday.

The Bashar Assad regime released three members of the Levant Front and a member of Ahrar al-Sham group, the sources said.

U.N. investigators and Western human rights activists say the Syrian regime has arrested and tortured tens of thousands of people since the conflict began in 2011.

According to Syrian opposition sources, the Assad regime has imprisoned at least 500,000 people since the beginning of the war. There are still about 130,000 Syrians in detention centers.

Last year, The Conscience Movement, an international nongovernmental organization (NGO), called on the global community to take urgent action during an international conference in Istanbul to secure the release of women and children languishing in Syrian prisons.

At the conference, it was stated that more than 13,500 Syrian women have been jailed since the conflict began in March 2011, while more than 7,000 women still remain in detention, where they are subject to torture, rape, and sexual violence.

A U.N. Independent International Commission of Inquiry said in a 2018 report the whereabouts of these detainees remain unknown and unacknowledged by the state. It said these civilians "have been disappeared" and many may no longer be alive.