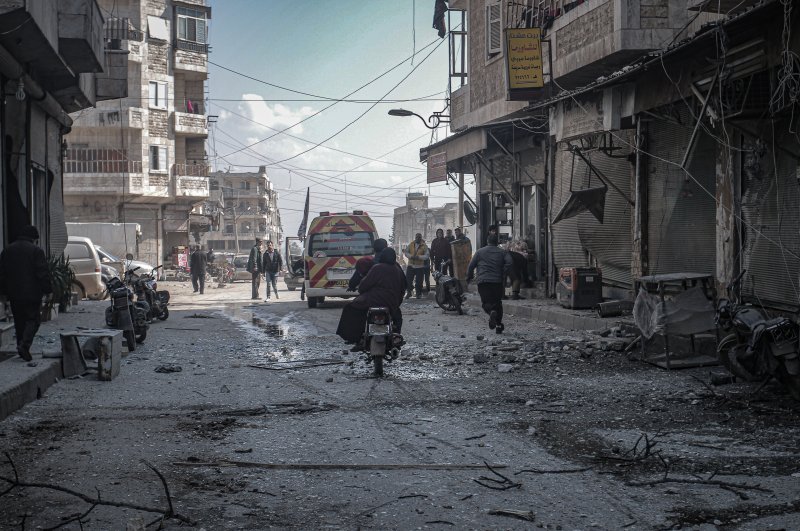 Three people were killed Tuesday when an airstrike carried out by the Bashar Assad regime struck a school in the opposition-held city of Idlib in northwestern Syria, opposition sources said.

Syrian regime forces continue to move forward with the offensive toward the town, considered a symbol of the uprising against the regime.

Idlib is the last opposition stronghold in Syria. The regime’s Russia-backed military campaign, to seize the strategic province, has created a humanitarian catastrophe with nearly 1 million people displaced since Dec. 1.

The White Helmets, on the other hand, put the number of casualties as four. “The Syrian regime launches a new bombing campaign with airstrikes and cluster bombs on #Idlib City and focuses on targeting schools in the city. The attacks killed four people including two teachers and a large number of injured, including children who were inside the schools,” the civil defense group said on Twitter.

It has been months now since the regime forces sped up attacks on Idlib, the last opposition stronghold in the war-torn country, targeting innocent civilians under the pretext of fighting terrorists.

However, the regime is not alone in its attacks, ongoing since April 2019. Its backer, Russia is often active on the ground aggravating the humanitarian crisis.

According to U.N. figures, the Syrian conflict has caused the biggest refugee crisis in the world, with 5.5 million people fleeing the country and 6 million others internally displaced.

As the Assad regime advances further in northwestern Syria, seizing control of many villages and towns, places previously considered safe by civilians, are now coming under fire.