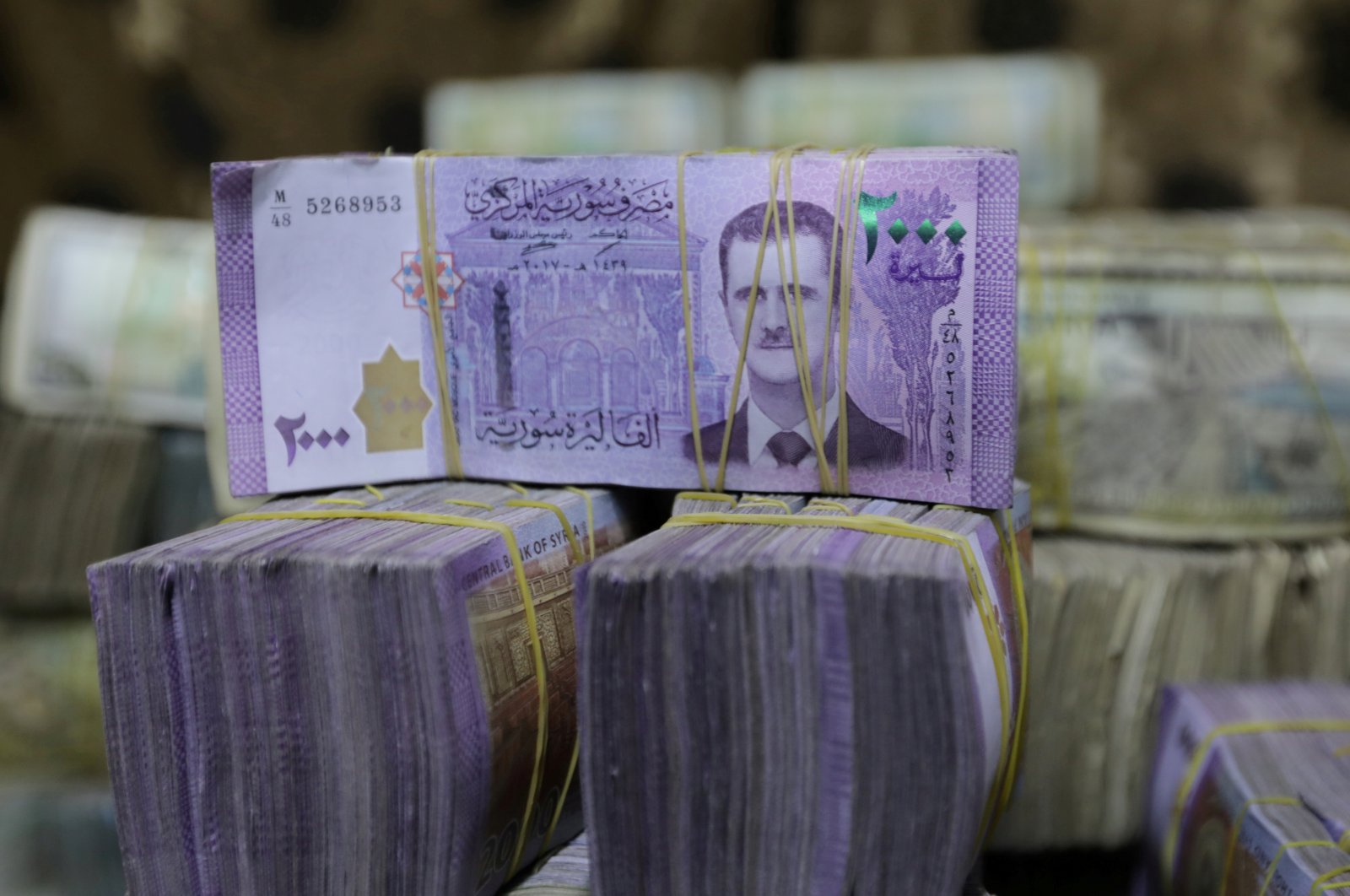 After the Bashar Assad regime in Syria last week called U.S. sanctions against the country “economic terrorism,” the United States responded, saying that it was the regime’s destructive war against its own people and the targeting of vital facilities that wrecked the country’s economy.

“Bashar al-Assad and his regime can’t cover up the truth – for more than nine years they have waged a bloody war against the Syrian people, destroying homes, schools, shops and public markets. The regime’s destructive war has crushed the Syrian economy, not U.S. or EU sanctions,” the U.S. Embassy in Syria stated Saturday.

Assad now faces the toughest period of his rule during the course of the nine-year civil war in the country as a collapsing economy, a rift within his family and rising tensions with his key ally Russia are all threatening his already fragile regime.

Syria's war has devastated the country's economy since 2011, plunging 80% of its people into poverty, according to the United Nations. Despite relative quiet in the country's remaining battlefields, early 2020 has only seen the situation worsen. Much of the economy in regime-held areas shuttered in March to prevent the spread of the pandemic. The World Food Programme (WFP) said food prices had doubled in a year to an all-time high across Syria. Over that same period, Syrians in regime-held areas have faced fuel crises, a plummeting Syrian pound on the black market and steep price hikes. Damascus has blamed Western sanctions for its struggling economy.

The European Union renewed its sanctions against the Assad regime and his top political officials, military officers and businesspeople over the group's continued crackdown on civilians in the conflict-torn country last month saying that sanctions would be extended until June 1, 2021, "as the repression of the civilian population continues."

“In Syria there are individuals and organizations who ordered or carried out attacks and torture against their own people, made or used chemical weapons or built their personal fortune thanks to the war,” the European External Action Service (EEAC) tweeted on Friday.

EU sanctions are designed to specifically target these people and these activities, avoiding negative impacts on the general population. The European Union started these types of direct punishments as early as 2011. More than 270 such individuals and 70 such entities fall under EU sanctions. These people are banned from traveling to the EU, their money and their assets in EU bank accounts have been frozen, while products used to make chemical weapons, spying technologies and certain types of arms produced in the EU cannot be sold to Syria. Moreover, EU luxury goods cannot be exported to Syria just as cash and gold transfers to Syria’s central bank are also forbidden because they were used to finance the repression and profit from the war.

“There is no economic war on Syria,” the EEAC said. “At all times since sanctions were imposed in 2011, Syrians have still been able to buy food, medicines and other goods produced in Europe.”

Accordingly, trade with Europe has continued throughout the war, as did humanitarian aid and support to the population. EU sanctions also have humanitarian exceptions.

While George Floyd protests continue in America and several other countries throughout the world, the U.S. Embassy in Syria on Monday declared its support for the country's people protesting the rule of the Assad regime. “In this endeavor, we recall the sacrifices of our Syrian friends and partners in their own struggle for democracy, human rights and freedom. We openly commit to this painful struggle. We will continue to stand with the Syrian people as we work to lead by example at home,” it said.

Meanwhile, Syria's pound hit record lows on the black market during weekend trading at over 2,300 to the dollar, less than a third of its official value, traders said, ahead of new U.S. sanctions.

Analysts told Agence French-Presse (AFP) that concerns over the June 17 implementation of the U.S. Caesar Act, which aims to sanction foreign persons who assist the Syrian regime or help in post-war reconstruction, also contributed to the de facto devaluation.

The U.S. had most recently imposed sanctions against the Syrian regime's defense minister, Ali Abdullah Ayoub, in March due to the regime’s offensive on Syria’s northwestern Idlib province, which displaced nearly 1 million civilians, according to U.N. numbers.

The offensive, started in December and ended with a Turkey and Russia-brokered cease-fire, violated previous agreements designed to make Idlib a de-escalation zone. "His deliberate actions since December 2019 have prevented a cease-fire from taking hold inside Syria," U.S. Secretary of State Mike Pompeo said while announcing the sanctions.

Idlib has been the last major battleground between Assad's forces and opposition groups. The offensive launched in December caused a new humanitarian crisis in the brutal civil war with close to 1 million people fleeing in the dead of winter.

After deadly attacks by the Syrian regime and its backer Russia stopped following the cease-fire, a relative calm has prevailed in the region, but people are still vulnerable to the global pandemic in the midst of poor hygienic conditions in tent camps due to displacement. Food prices have also gone up radically as civilians still heavily depend on humanitarian aid for their survival. With almost 50% of Syria's health infrastructure destroyed due to the regime’s attacks and Assad’s indifference to his people’s suffering, the Syrian people face renewed challenges.