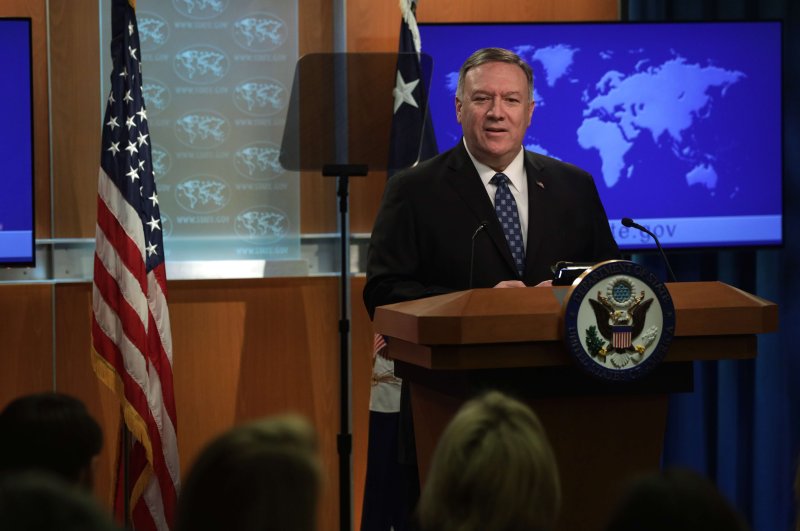 The U.S. Secretary of State Mike Pompeo said Tuesday that the U.S. is cooperating with Turkey to figure out what can be done about the ongoing crisis in northwestern Syria’s Idlib province, adding that the Bashar Assad regime will not be able to reach its goals there.

Pompeo said the Assad regime will not be able to achieve a military victory and the recent offensive in Idlib only heightens the risk of conflict with Turkey.

"As we have said many times before, the regime will not be able to obtain military victory. The regime's offensive only heightens the risk of conflict with our NATO ally Turkey," he said.

Pompeo said the solution in Syria is a "permanent cease-fire and U.N.-led negotiations under U.N. Security Council resolution 2254" and the Trump administration is "working together with Turkey on seeing what we can do together."

In September 2018, Turkey and Russia agreed to turn the northwestern Syrian province of Idlib into a de-escalation zone in which acts of aggression are expressly prohibited.

But the regime and its allies, including the Iranian-backed forces, have consistently broken the terms of the cease-fire, launching frequent attacks inside the territory.

Turkey has called for the cease-fire to be followed and warned if the attacks do not stop, it would take action.

The Russian-backed Assad regime has been on the offensive since December to capture and reopen a strategic highway held by the opposition since 2012, despite a cease-fire deal brokered late last year between Russia and Turkey.

Regime forces captured the key town of Maaret al-Numan from the opposition last Wednesday, and have now set their sights on the town of Saraqib. The strategic highway passes through both.