At least 6 civilians killed in Haftar shelling in Libyan capital 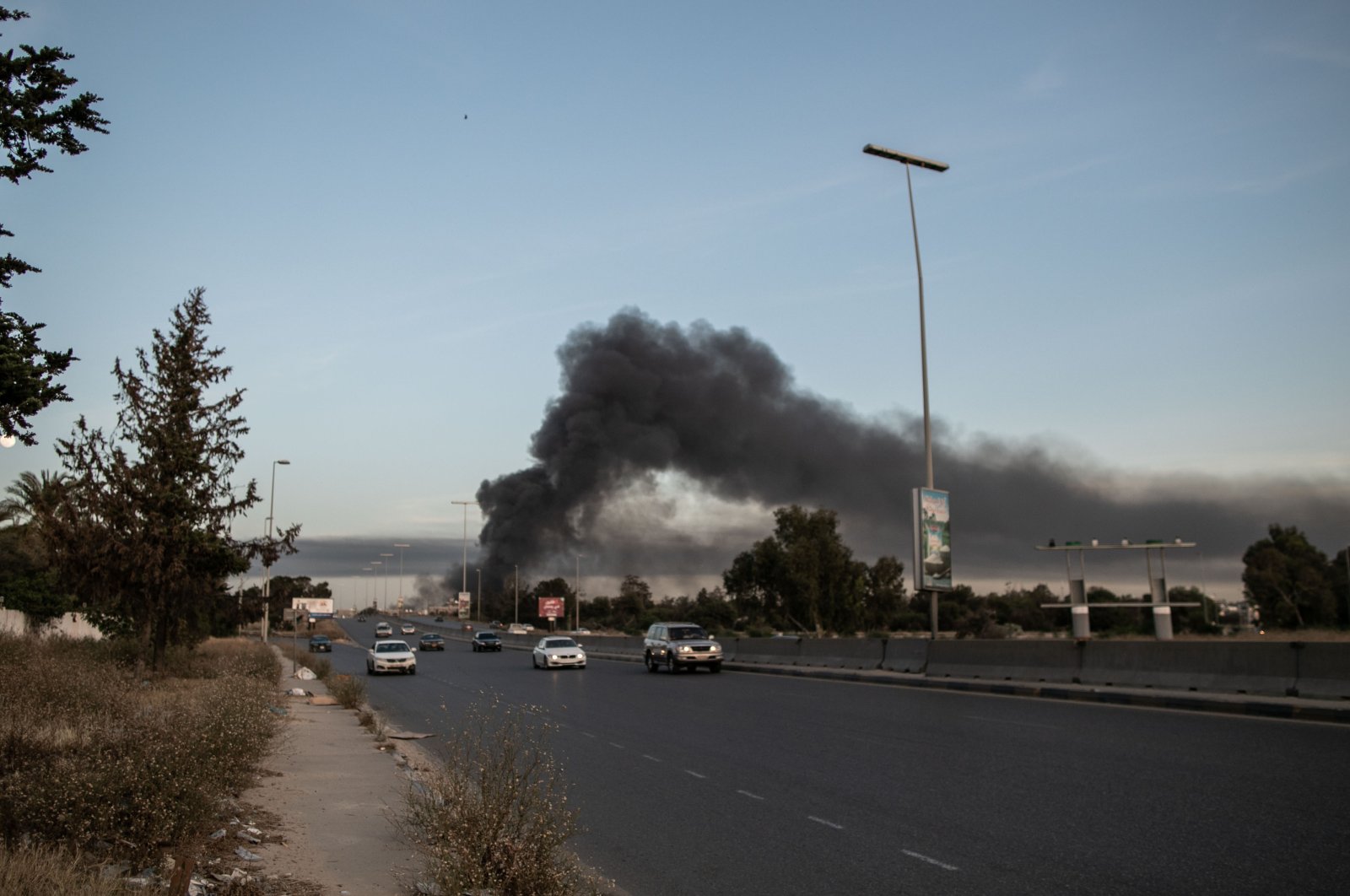 Smoke rises after shelling by forces loyal to putschist Gen. Khalifa Haftar in Libya's capital Tripoli, May 6, 2020. (AA Photo)
by Anadolu Agency May 07, 2020 9:19 am
Edited By Gabriela Garver
RECOMMENDED

At least six civilians were killed Wednesday when militias loyal to putschist Gen. Khalifa Haftar shelled the Libyan capital Tripoli twice, the municipal council in the southern residential area of Abu Salim said in a statement, while the U.N.-recognized government forces continued to carry out strikes against the warlord's forces, hitting a cargo plane.

Shells also landed on a coastal road in the town of Tajura, he said, adding the road is the only one linking Tripoli with surrounding areas in the east.

Photos and videos shared on social media showed fire in places where rockets fell, and black smoke could be seen rising from the region.

Meanwhile, the Libyan military conducted an airstrike this week on a cargo plane carrying weapons and ammunition to militias loyal to Haftar.

The Antonov-type airlift cargo plane was targeted after landing at an airport in Tarhuna, southeast of Tripoli on May 5, according to a statement by the press center of the Libyan Army-led Volcano of Rage Operation.

Tarhuna is a major focal point for Haftar's militias in their onslaught against Tripoli as well as for their supply lines from Al-Jufra air base.

The explosion of the ammunition on board the plane showed that the claim that it had been carrying medical equipment was incorrect, the statement said.

The Libyan Army has recently made gains against Haftar's militias, which are supported by France, Russia, the United Arab Emirates and Egypt.

Following the ouster of late ruler Moammar Gadhafi in 2011, Libya's government was founded in 2015 under a U.N.-led political deal. Since April 2019, the government has been under attack by Haftar's forces, based in eastern Libya, and more than 1,000 people have been killed in the violence.