Attacks on 70 hospitals in Idlib can’t be coincidence: UN 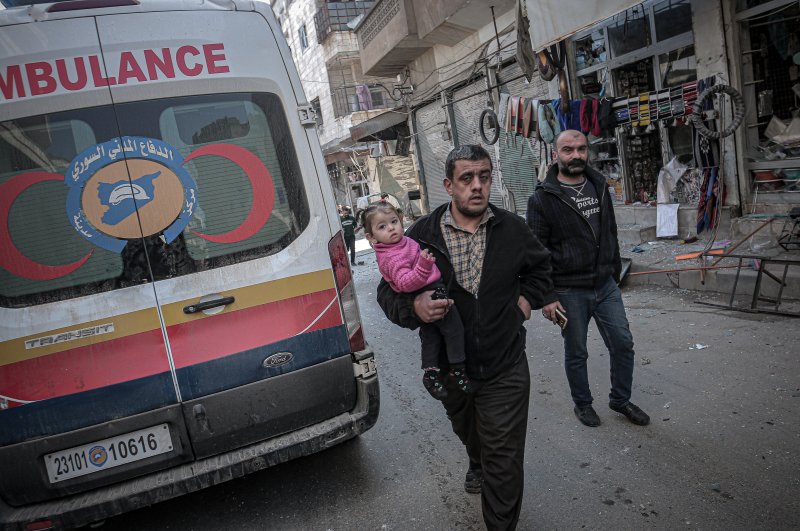 The U.N. stated that constant attacks by the Bashar Assad regime and Russia on hospitals in northwestern Syria’s Idlib province cannot be a coincidence and could qualify as a war crime.

A spokesperson for the U.N. High Commissioner for Human Rights Rupert Colville told Anadolu Agency (AA) that each one of the attacks on civilians, civilian infrastructure and medical facilities have to be studied closely and separately.

“War crimes are evaluated independent from every incident. There is no doubt that war crimes were committed during the Syrian crisis previously. Most probably, crimes against humanity, which are more difficult to prove, were also committed,” Colville stated.

The spokesperson said the targeting of so many hospitals could not be a coincidence as more than 70 hospitals were attacked recently in the province.

Colville, who highlighted that intense investigations need to be conducted to determine who targeted the hospitals, said: “It is not possible for me to say which of the hospital attacks constitute war crimes and which were attacked by accident.”

Colville said that according to international humanitarian law, all kinds of precautions need to be taken not to target civilians even in a state of war.

Medical facilities have been hit especially hard during the conflict as the Assad regime and Russia do not differentiate between ordinary buildings and health care facilities during attacks. The World Health Organization (WHO) has frequently voiced that several hospitals and health care centers have had to suspend work and evacuate the area for their own safety.

The latest offensive has brought Assad's military campaign closer to the heavily populated central areas of Idlib, where nearly 3 million people are trapped, according to aid charities and U.N. agencies. Despite a cease-fire brokered through Turkey's efforts, which was announced Jan. 10 and set to start just after midnight Jan. 12, the attacks by the Syrian regime and Russia have not stopped. Only days after the cease-fire went into effect, people were again fearing for their lives.

Since then, more than 1,300 civilians there have been killed in attacks by the regime and Russian forces as the cease-fire has been continually violated.

The conflict in Idlib dates back almost to the beginning of the civil war, as the province was slowly turned into a stronghold for the opposition and later became its only stronghold in the whole country. Idlib, which received massive migrant inflows through internal displacement and reached a population as large as 4 million, was taken under control by opposition forces in 2015 for the first time. Since then, it has become a continual target for regime attacks.