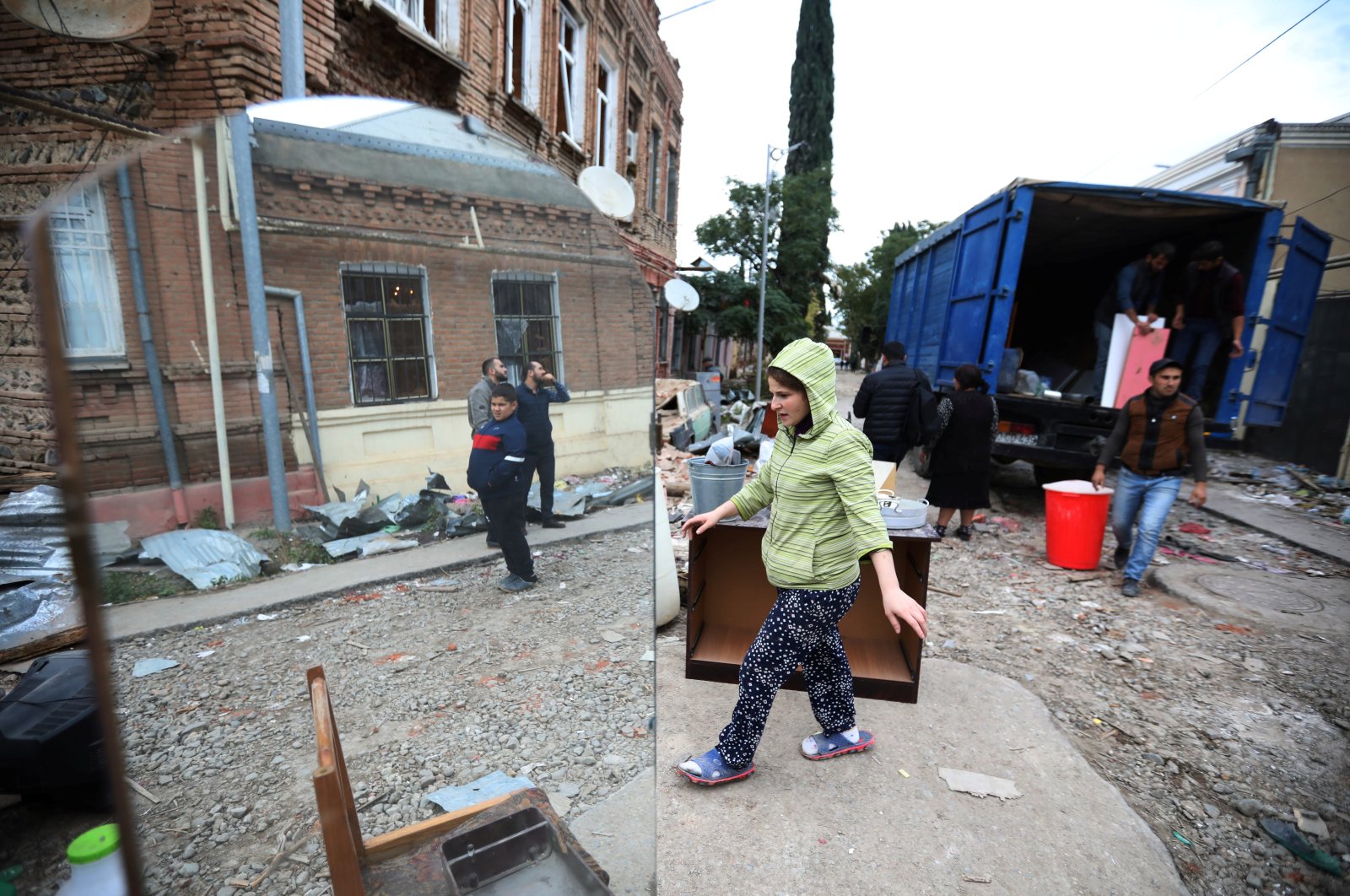 People load belongings into a truck next to a house damaged by Armenian shelling during a military conflict over Armenian-occupied Nagorno-Karabakh, in the city of Ganja, Azerbaijan, Oct. 6, 2020. (Reuters Photo)
by Agencies Oct 10, 2020 10:12 am
RECOMMENDED

Azerbaijan Saturday said Armenia was violating a cease-fire in the occupied Nagorno-Karabakh region, shortly after it came into force.

According to the ministry, Armenian forces carried out attacks on the regions of Aghdara-Tartar and Fuzuli-Jabrayil. Several Azerbaijani settlements came under artillery fire, it added.

Ahead of the cease-fire, Armenian forces heavily shelled civilian areas of Azerbaijan.

"Armenian armed forces are intensively shelling populated areas of the Geranboy, Tartar, Aghdam, Agjaberdi and Fuzuli districts," the ministry said in a statement, adding that: "The Azerbaijan Army is taking retaliatory measures against the enemy."

Armenian forces have been targeting densely-populated civilian areas of Azerbaijan since clashes over the occupied territory erupted on Sept. 27.

Armenia and Azerbaijan agreed to a cease-fire starting at noon Saturday to allow for the exchange of prisoners and return of the bodies of those killed in action.

The talks were the first diplomatic contact between the rivals since the conflict was recently renewed, killing hundreds. The cease-fire was planned to begin 12 p.m. (8 a.m. GMT).

Russian Foreign Minister Sergey Lavrov, who mediated the negotiations in Moscow, announced the cease-fire at 3 a.m. after 10 hours of talks with Armenian and Azerbaijani counterparts. He also said Armenia and Azerbaijan had agreed to launch talks on the settlement of the conflict.

Relations between the two former Soviet nations have remained tense since 1991 when the Armenian military occupied Nagorno-Karabakh.