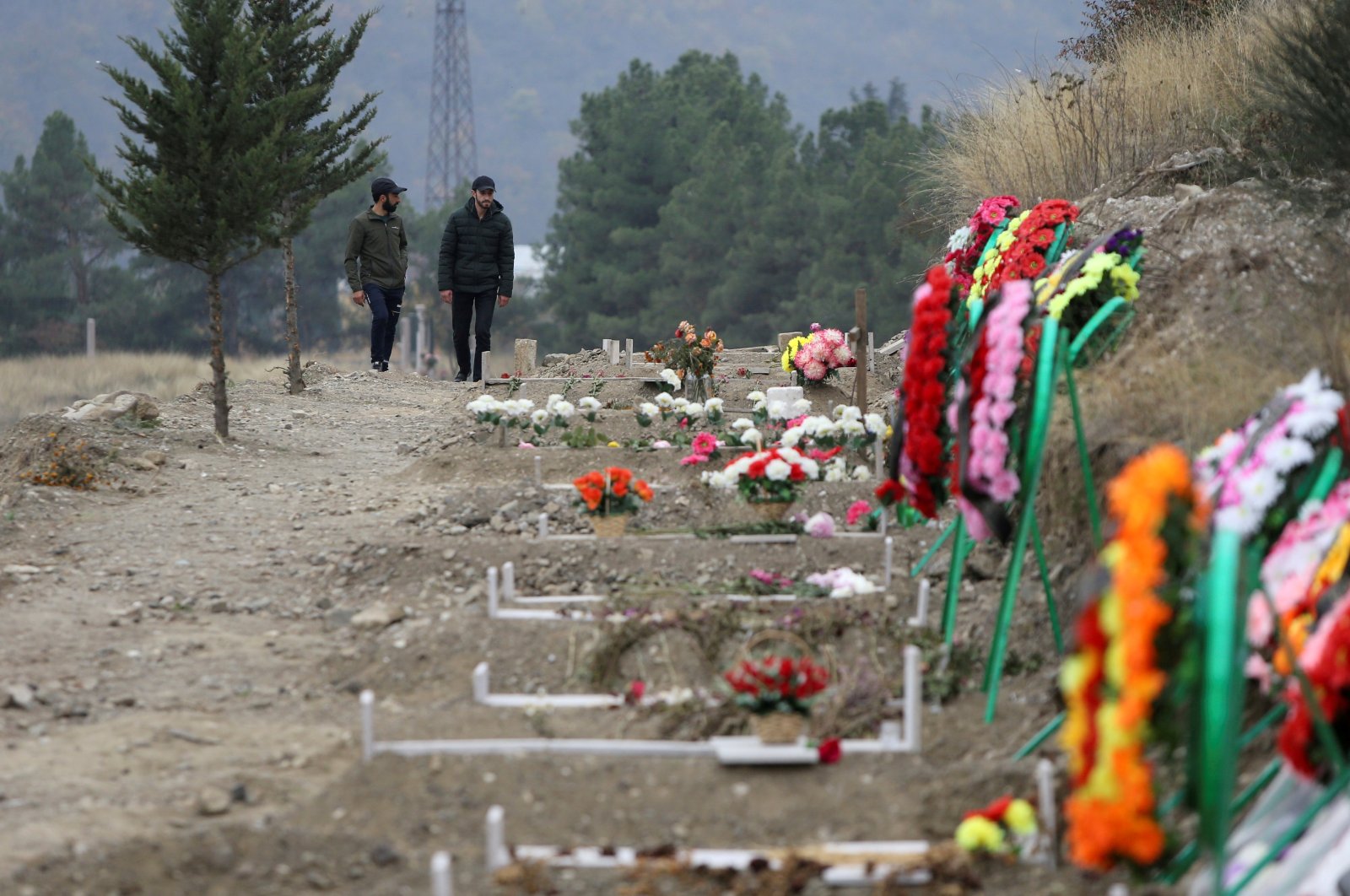 Men walk along graves of soldiers and civilians who were killed during clashes over Nagorno-Karabakh, in Stepanakert, Nov. 2, 2020. (Reuters Photo)
by Anadolu Agency
Nov 14, 2020 4:32 pm

Azerbaijan and Armenia on Saturday exchanged the bodies of soldiers who died in the clashes around the city of Susha in the Nagorno-Karabakh region, Azerbaijan's Defense Ministry said Saturday.

In a statement, the ministry said the bodies of soldiers were collected through the intermediary and participation of the Russian peacekeeping forces stationed in the Nagorno-Karabakh region of Azerbaijan.

"As part of this humanitarian action, the bodies of the dead servicemen of the Armenian armed forces were collected and handed over to the Armenian side," read the statement.

"Also, within the framework of this action, the bodies of six servicemen of the Azerbaijan Army, who became Shahids (martyrs) during the battles around the Shusha city, were received."

Fresh clashes erupted on Sept. 27, and the Armenian Army continued its attacks on civilian and Azerbaijani forces, even violating humanitarian cease-fire agreements for 44 days.

On Nov. 10, the two countries signed a Russia-brokered agreement to end the fighting and work toward a comprehensive resolution.

Turkey welcomed the truce, terming it a "great victory" for Azerbaijan.