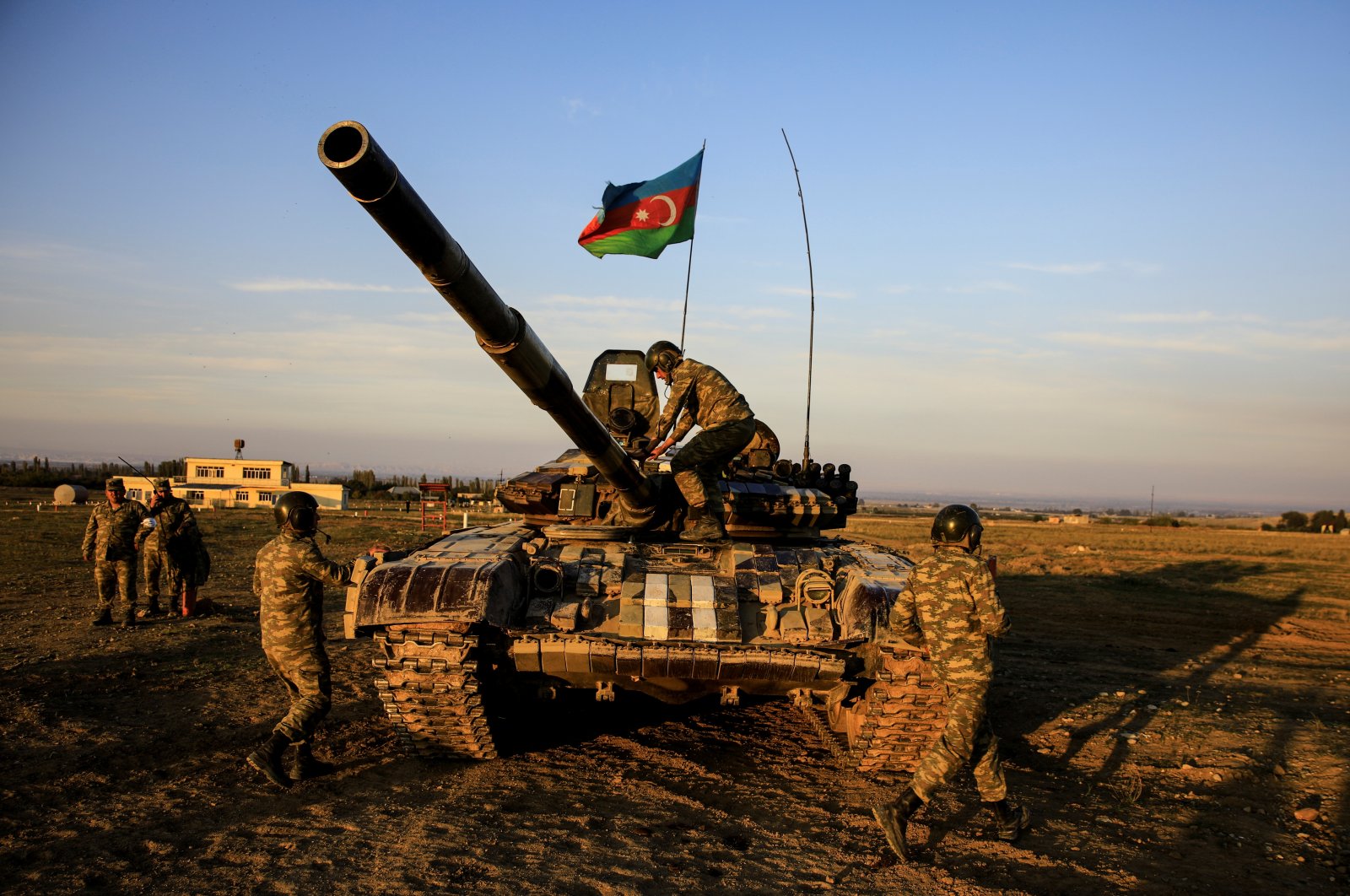 Civilian Azerbaijani soldiers recruited for duty at a military training and deployment center near the city of Ganja, Azerbaijan Oct. 23, 2020. (Reuters Photo)
by Anadolu Agency
Oct 25, 2020 10:20 am

In a statement, the ministry said the country's forces were carrying out operations of varying intensity in the regions of Agdere, Khojavend, Fuzuli, Hadrut, Qubadli and Lachin throughout the night.

Armenian forces opened fire with tanks, artillery and mortars, while the Azerbaijani army pushed forward and continued its activities in accordance with operational plans, expanding the areas under their control, the statement added.

The Armenian troops in Qubadli withdrew following losses of equipment and manpower, with many of the soldiers sent from the region of Tsaghkadzor in Armenia to Nagorno-Karabakh neutralized, it said.

According to the statement, the Azerbaijani army destroyed two tanks, two armored vehicles, four D-30 howitzers, one 2A36 Giatsint-B gun and seven cars belonging to the Armenian forces in different locations on the front.

Relations between the two former Soviet republics have been tense since 1991 when the Armenian military occupied Upper Karabakh.

World powers, including Russia, France and the U.S., have called for a new cease-fire. Turkey, meanwhile, has supported Baku's right to self-defense and demanded the withdrawal of Armenia's occupying forces.