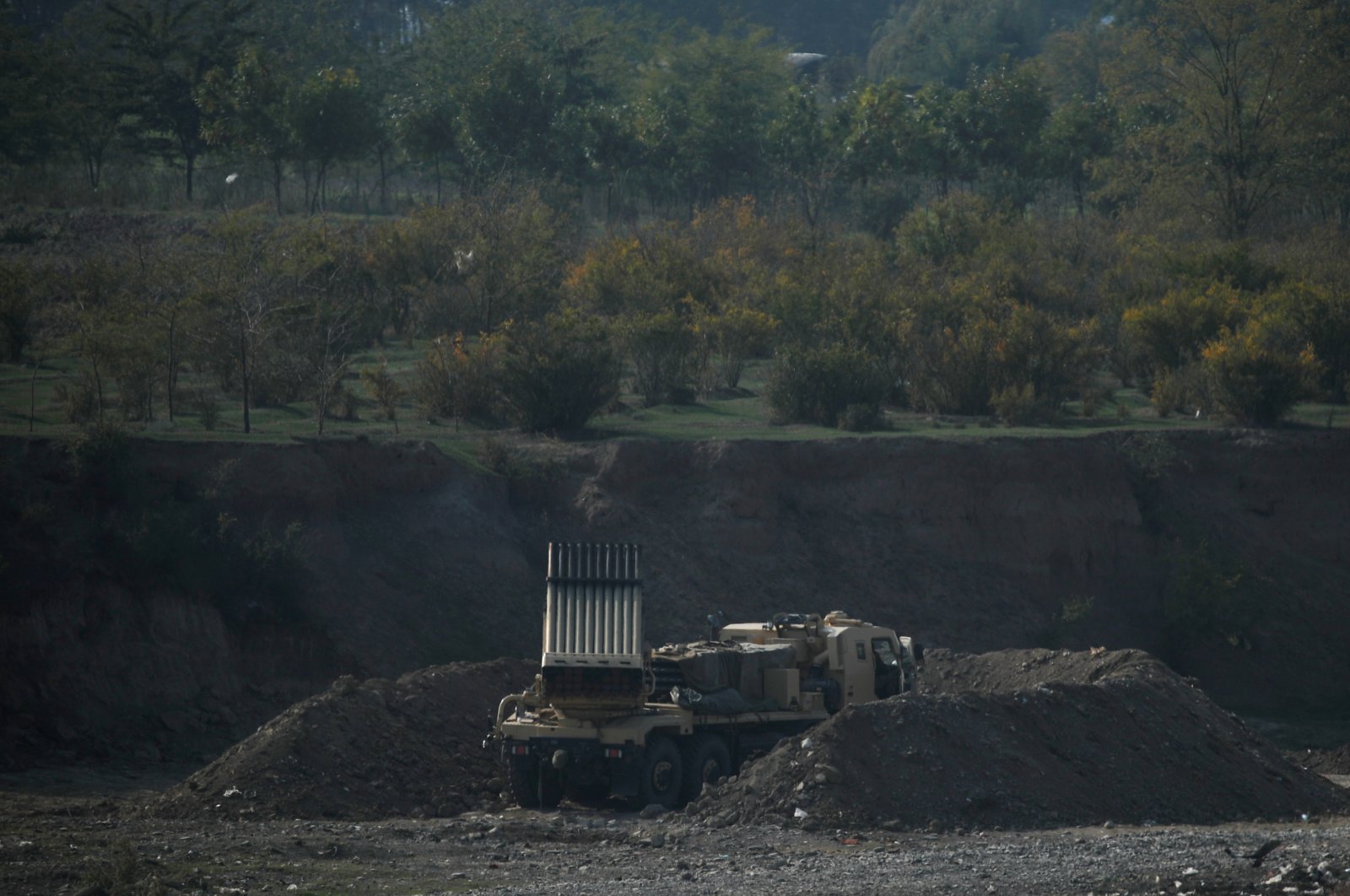 A multiple rocket launcher of the Azerbaijani army is seen in a post during the fighting over the Armenian-occupied region of Nagorno-Karabakh, in the city of Agdam, Azerbaijan, Oct. 15, 2020. (Reuters Photo)
by DAILY SABAH Oct 17, 2020 10:13 am

The Azerbaijani army has liberated the city of Fuzuli and seven other villages from the Armenian occupation in the Nagorno-Karabakh region, Azerbaijan's President Ilham Aliyev announced Saturday.

Azerbaijan has so far liberated dozens of towns and villages in Nagorno-Karabakh since clashes broke out between Armenian and Azerbaijani forces in late September.