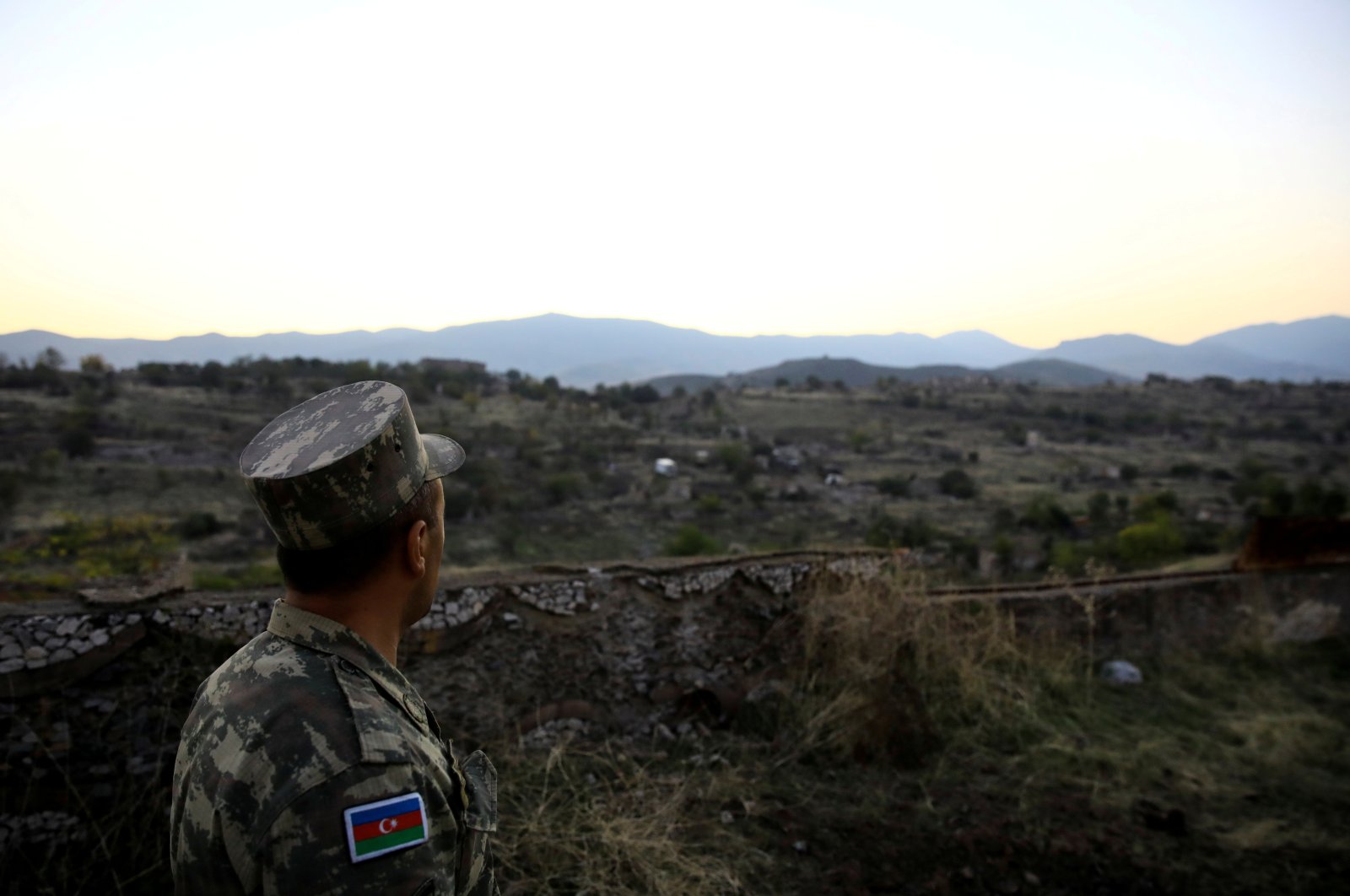 An Azerbaijani soldier inspects the city of Cebrayil, where Azerbaijani forces regained control during the fighting over the illegally occupied region of Nagorno-Karabakh, Azerbaijan October 16, 2020. (Reuters Photo)
by DAILY SABAH WITH AA
Oct 27, 2020 12:49 am

Azerbaijani military has liberated the city center of Qubadli and some villages from Armenian occupation, President Ilham Aliyev said Sunday.

Aliyev said on Twitter that the Azerbaijani army liberated the city center, as well as some villages in Qubadli, Zengilan and Jabrayil.

Since new clashes erupted between the two countries on Sept. 27, Armenia has continued its attacks on civilians and Azerbaijani forces.

World powers, including Russia, France, and the U.S., have urged a new cease-fire. Turkey, meanwhile, has supported Baku's right to self-defense and demanded the withdrawal of Armenia's occupying forces.