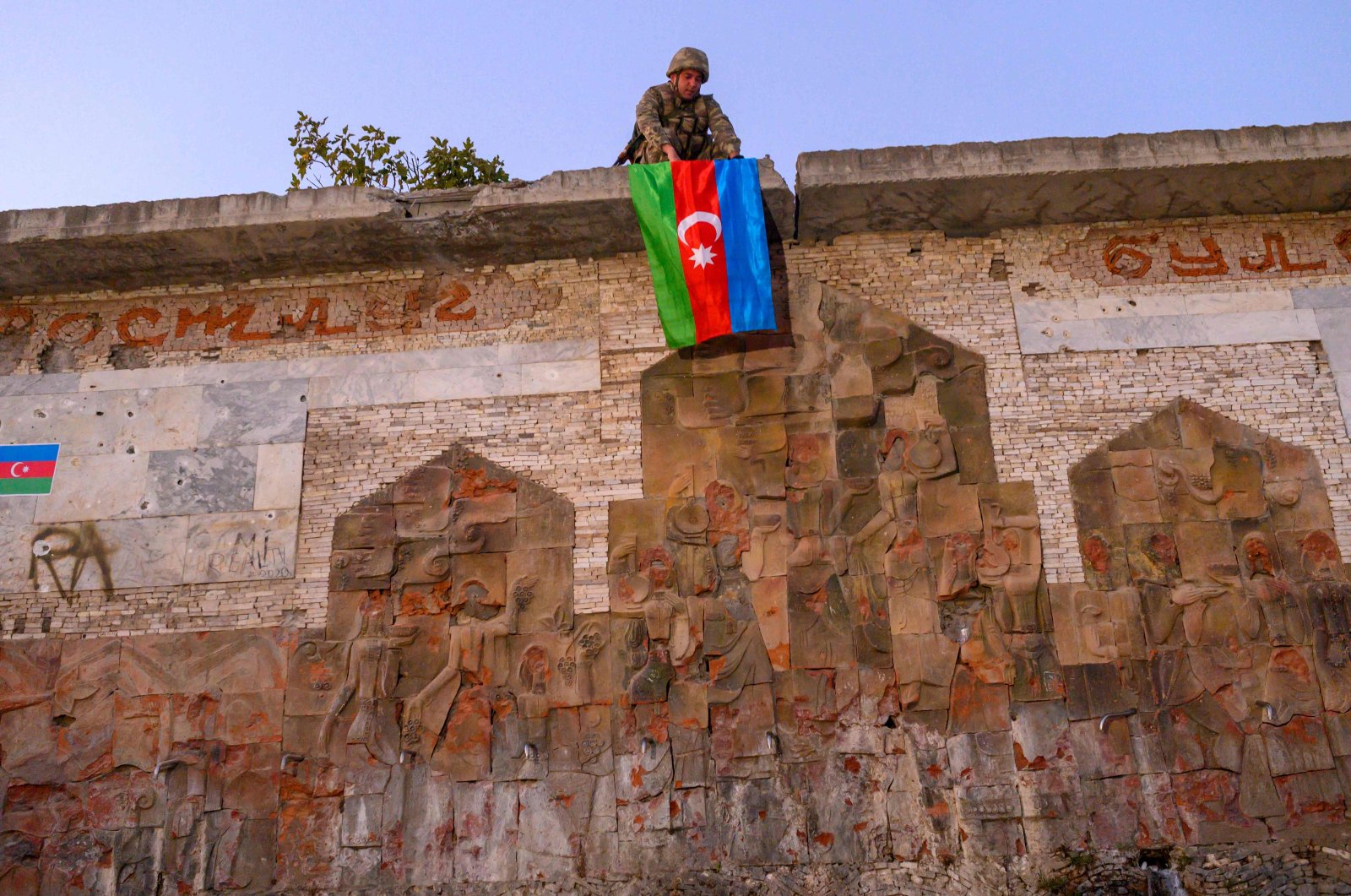 A soldier hangs Azerbaijan's flag in the city of Jabrayil, where Azerbaijani forces regained control during combat with Armenia over the breakaway region of Nagorno-Karabakh, Oct. 16, 2020. (AFP Photo)
by daily sabah
Oct 20, 2020 2:26 pm

The Azerbaijani army on Tuesday ended the 27-year Armenian occupation of the Karabakh city of Zangilan, President Ilham Aliyev confirmed.

Armenia and Azerbaijan agreed to a new cease-fire, which was supposed to have taken effect last week. However, it again failed to hold for even 24 hours as Yerevan engaged in renewed violations.