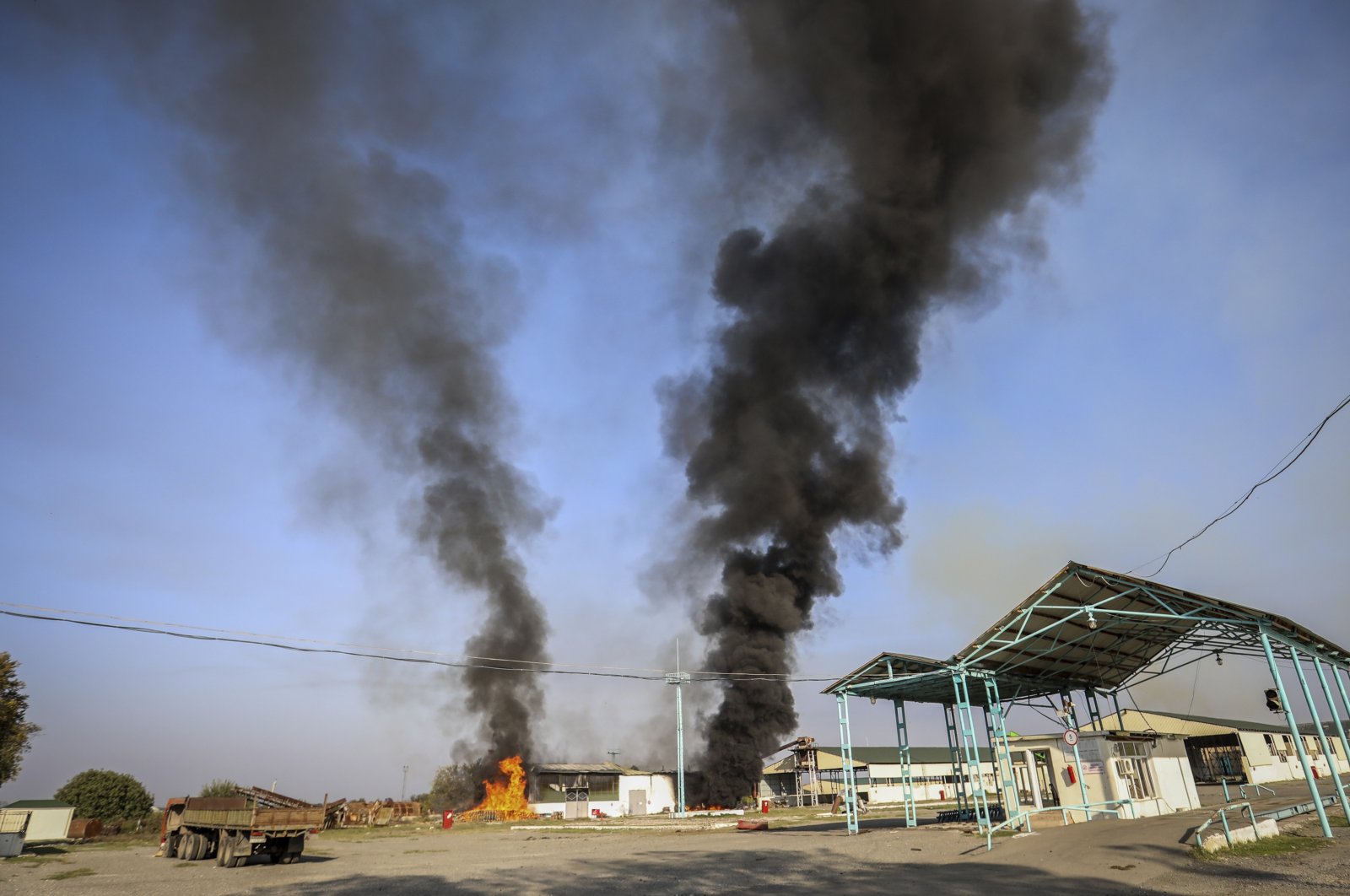 A view of a fire on the grounds of a local factory following recent shelling during fighting over the Armenian occupied region of Nagorno-Karabakh, in Tartar, Azerbaijan, Oct. 19, 2020. (AP Photo)
by Daily Sabah with AA Oct 20, 2020 8:48 am
RECOMMENDED

In a statement, the ministry said operations against Armenian forces continued throughout the night in Aghdara, Aghdam, Fuzuli, Hadrut, Jabrayil, Qubadli and Zangilan.

Armenian forces opened fire on the defense line of the Azerbaijani army with artillery rounds and mortars, the statement added.

According to the statement, several Armenian soldiers were neutralized in the operations, and the situation at the front was under the control of the Azerbaijani army.

A new cease-fire, the second since hostilities around Armenian-occupied Nagorno-Karabakh began on Sept. 27, was announced on Saturday and took effect at midnight, but Armenia immediately violated the truce by carrying out attacks against civilians.

It was reached between Baku and Yerevan after the Oct. 10 truce, meant to allow an exchange of prisoners and the recovery of bodies, and was breached hours later by Armenian missile attacks on Azerbaijan's city of Ganja.

Fresh clashes erupted on Sept. 27, and Armenia has since continued its attacks on civilians and Azerbaijani forces, even violating humanitarian cease-fire agreements.