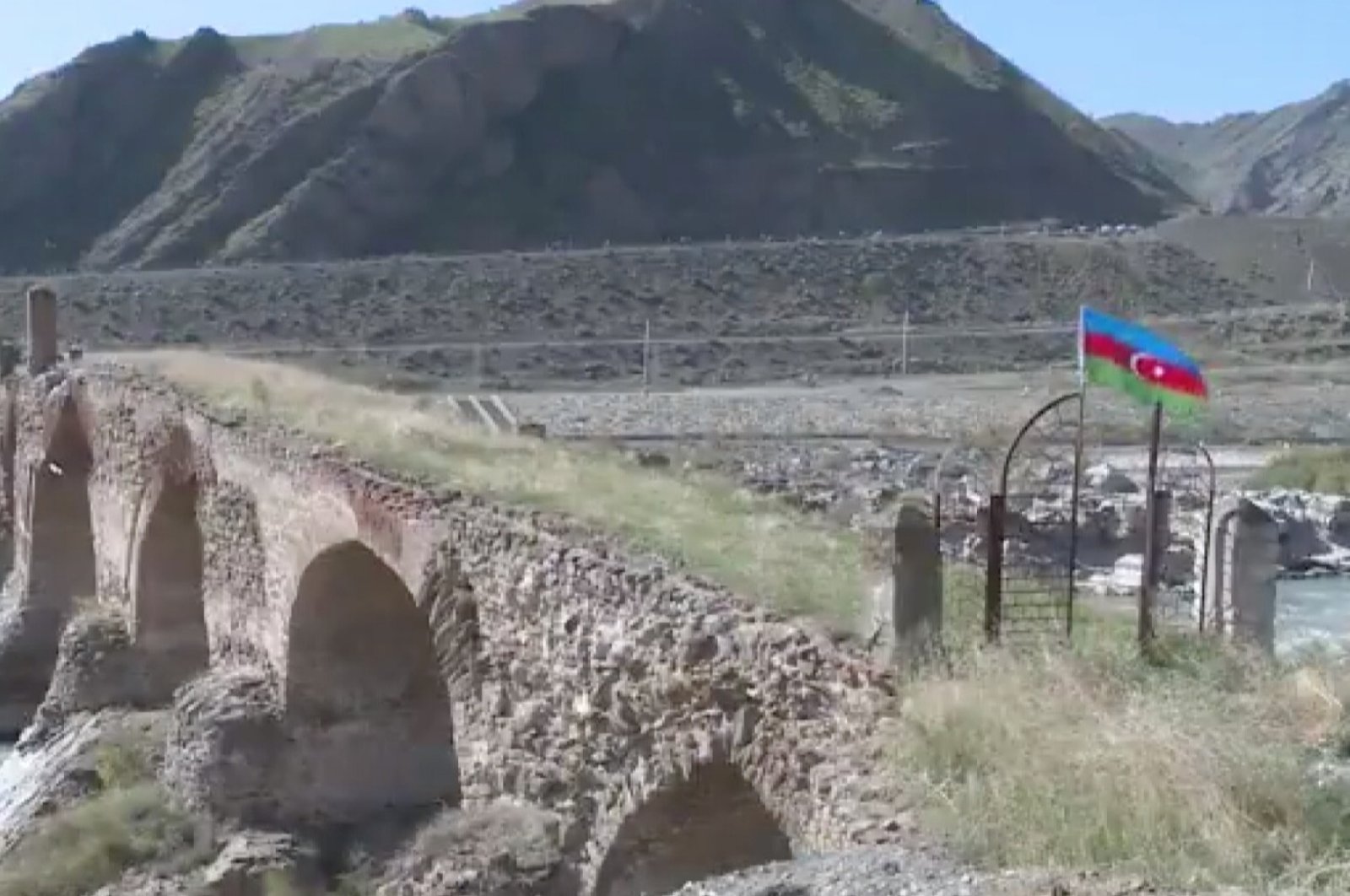 Azerbaijan’s President Ilham Aliyev on Sunday announced that the nation's flag was raised on a historic bridge connecting the country with Iran, as its conflict with Armenia continues.

The bridge, constructed in the 11th century, is in Jabrayil region across the Aras River, which connects Iran with Azerbaijan.

The Azerbaijani army recently liberated Jabrayil's city center and some villages from the occupation of Armenia.

A new cease-fire, the second since hostilities around Armenian-occupied Nagorno-Karabakh began on Sept. 27, was announced on Saturday, and went into effect at 12 midnight.

It was reached between Baku and Yerevan after the Oct. 10 truce, meant to allow an exchange of prisoners and the recovery of bodies, and was breached hours later by Armenian missile attacks on Azerbaijan's city of Ganja.