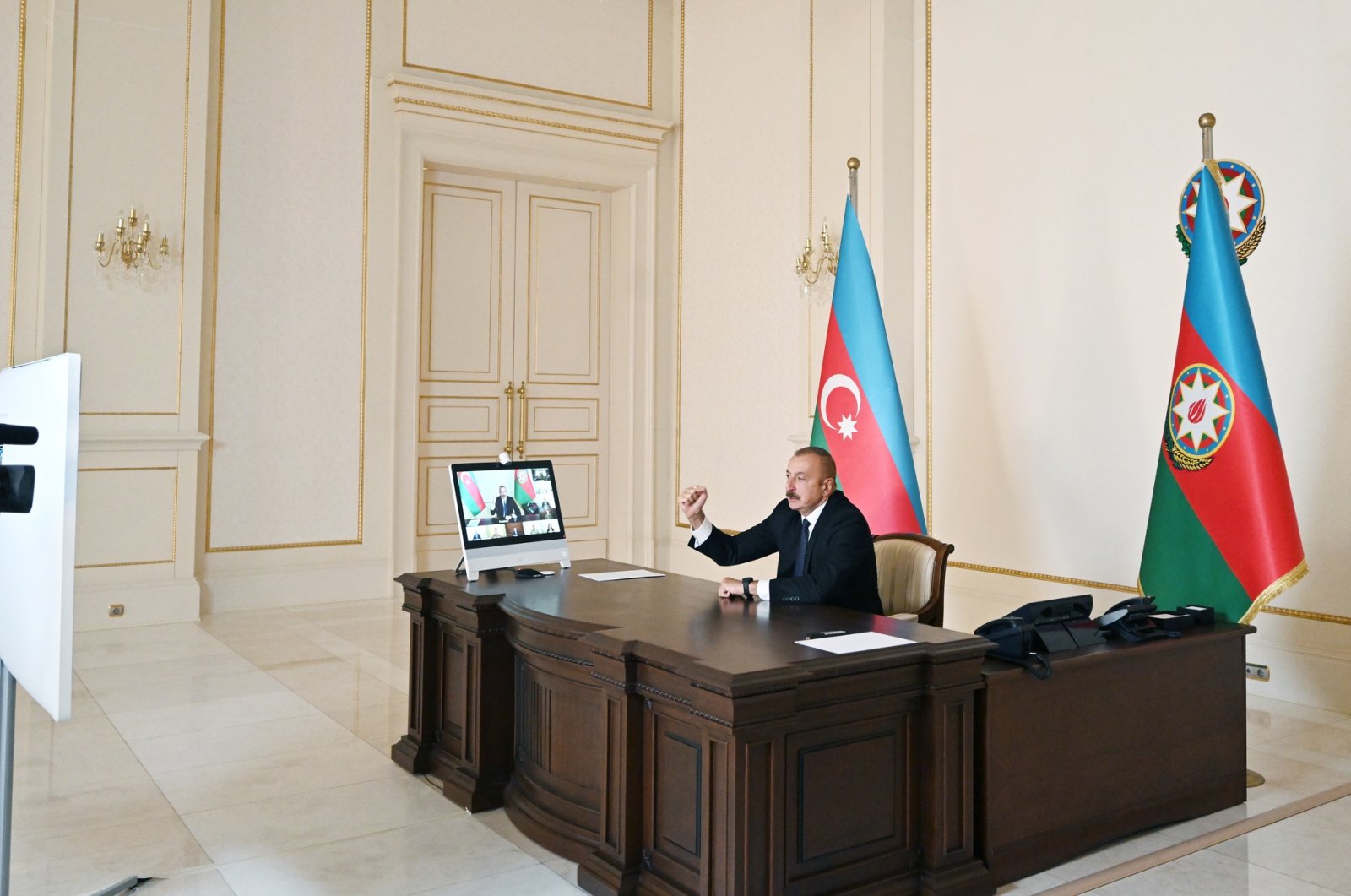 Azerbaijani President Ilham Aliyev said on Wednesday that his country would return to talks with Armenia after the acute phase of military conflict in Nagorno-Karabakh region ends, Russian news agency TASS cited him as saying.

Aliyev, who spoke to Russian President Putin by phone, said in an interview with Russian state television that Turkey had the right to participate in mediation.

The fiercest clashes between Armenian and Azerbaijani forces in years, over the occupied region, ignited Sunday. As of Thursday, at least 130 deaths have been confirmed as fighting spilled over into the fifth day.