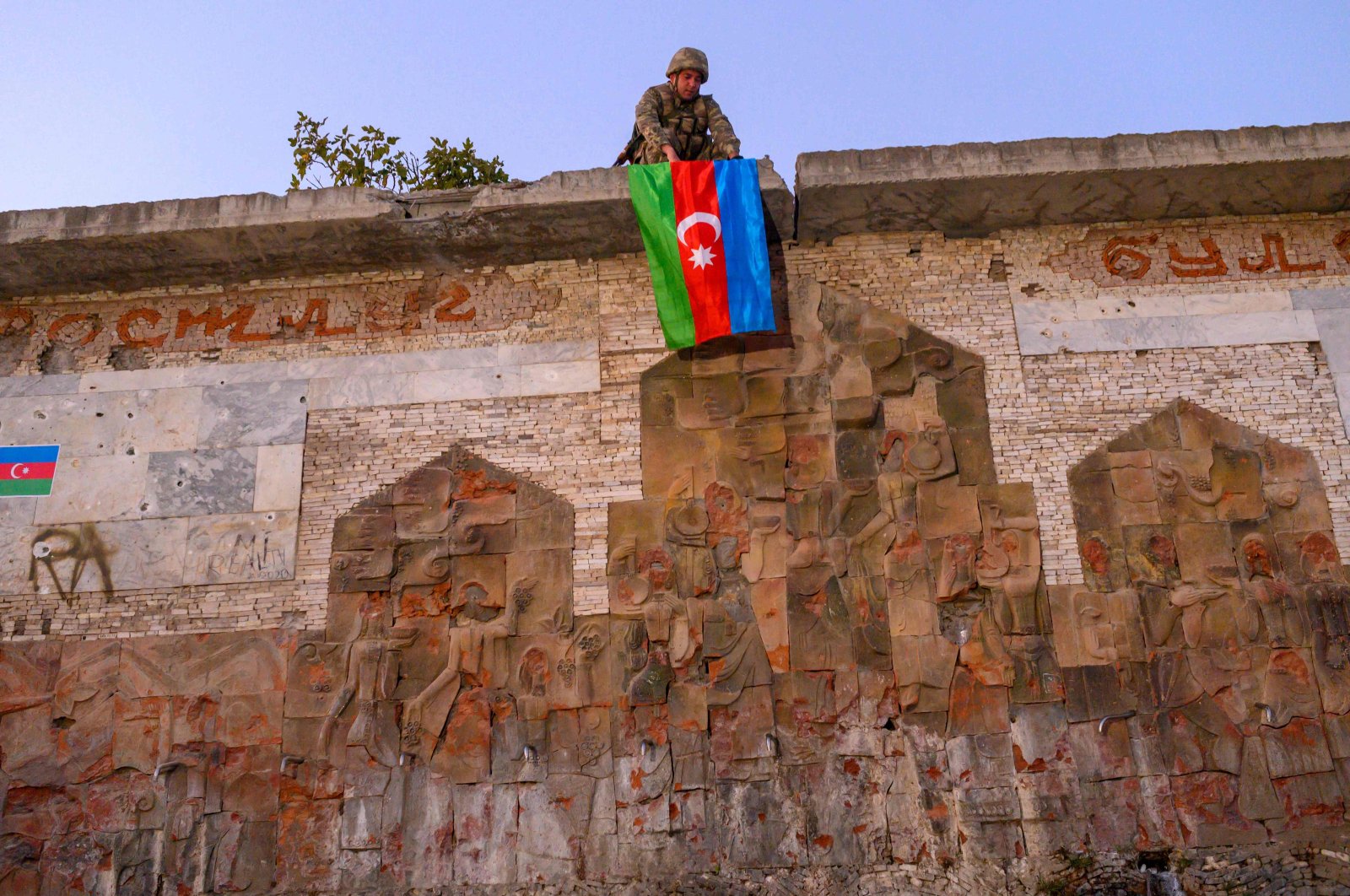 An Azerbaijani soldier hangs the flag of Azerbaijan in the city of Jabrayil, where Azerbaijani forces regained control during the clashes with Armenia over occupied Nagorno-Karabakh on Oct. 16, 2020. (AFP Photo)
by DAILY SABAH
Oct 23, 2020 4:38 pm

The Azerbaijani army liberated another 13 villages from occupation amid ongoing clashes with Armenia, Azerbaijan's President Ilham Aliyev announced on Friday.

Azerbaijan has so far liberated dozens of towns and villages in Nagorno-Karabakh since clashes broke out between Armenian and Azerbaijani forces in late September.