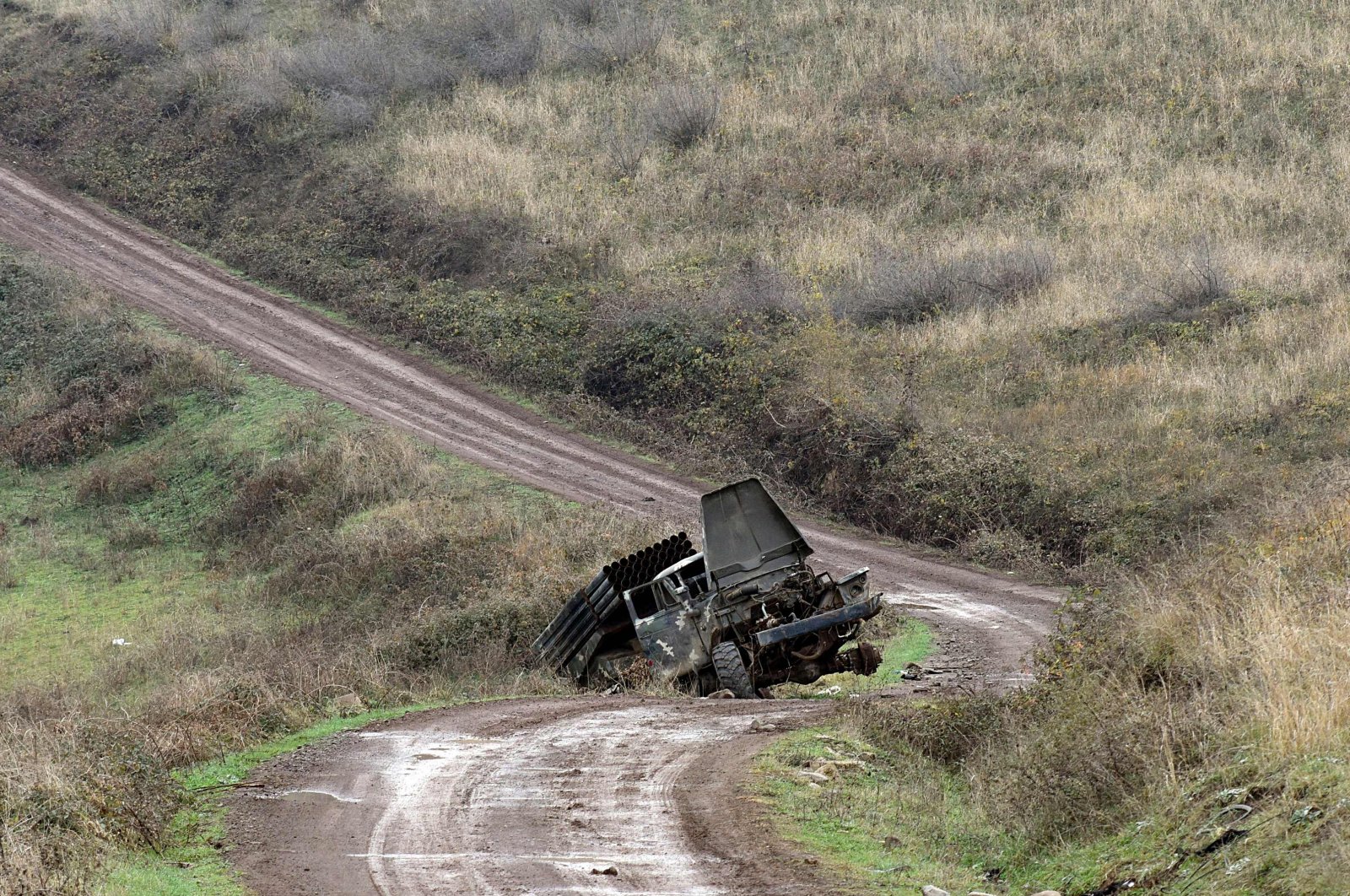 Areas destroyed by Armenian military hardware in the countryside outside the towns of Hadrut and Khojavend, Nov. 30, 2020. (AFP Photo)
by DAILY SABAH Dec 14, 2020 1:28 pm

An Azerbaijani civilian was killed by a landmine laid by Armenian forces in the Nagorno-Karabakh region, officials announced Monday.

In the blast that occurred in the village of Sahbulaq in Aghdam province, another civilian was also injured along with a soldier, Azerbaijan's Chief Prosecutor's Office noted.

The province was recently liberated by the Azerbaijani army from nearly three decades of Armenian occupation.

Armenian forces laid the landmines while retreating from the occupied territories amid Azerbaijan's advance, officials said in a statement.

They also asked the public not to enter the liberated areas without obtaining a permit.

Five Azerbaijanis had previously died due to landmines laid by retreating Armenian forces.

Baku liberated several strategic cities, and nearly 300 of its settlements and villages from the Armenian occupation during this time.