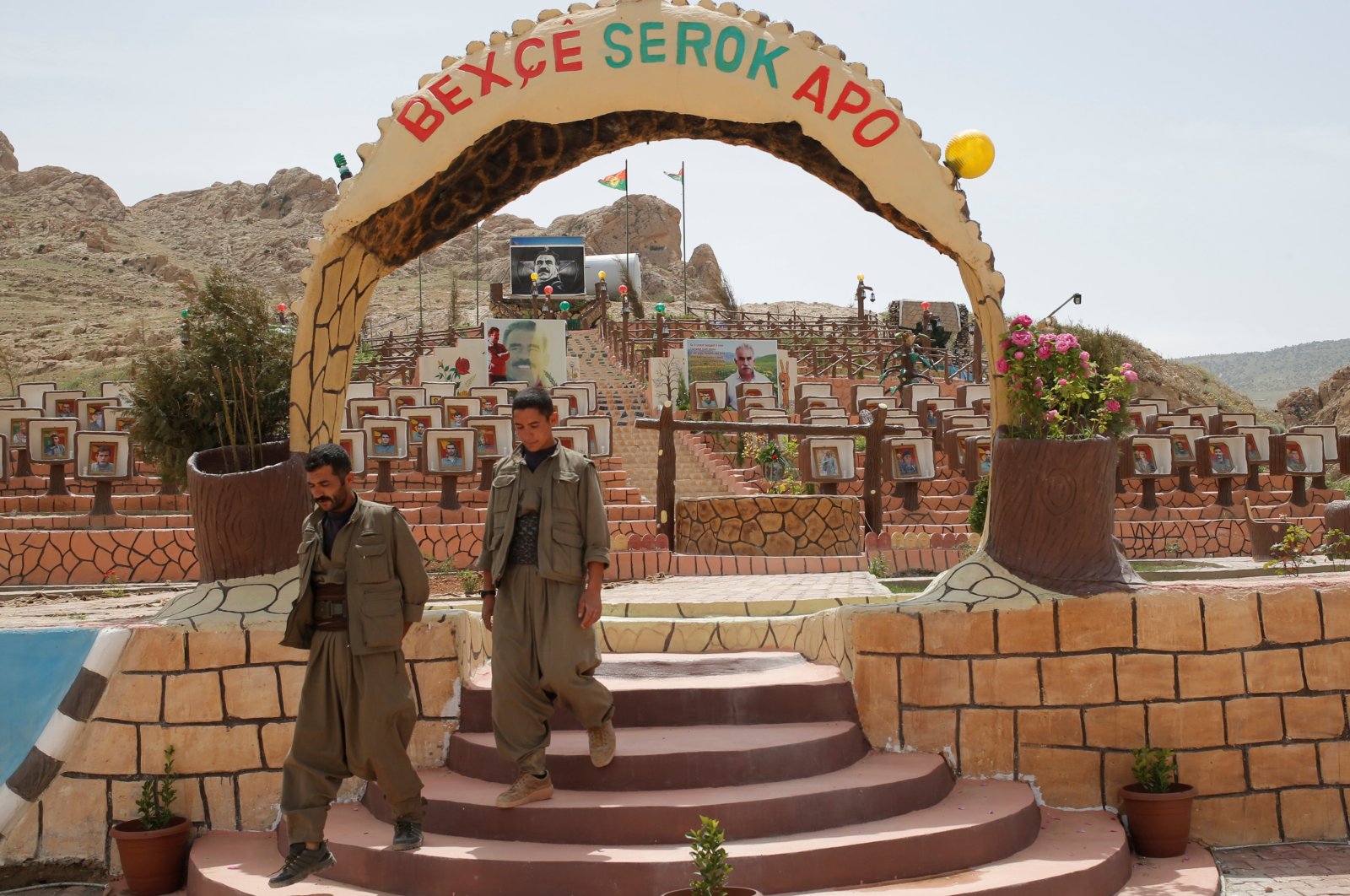 Azerbaijan’s State Security Service Tuesday released audio recordings of a dialogue between two PKK terrorists who had come to the region to fight alongside Armenian separatists.

“Armenia uses foreign mercenaries, including members of the Kurdish terrorist groups whom Armenia has brought from Iraq and Syria, in its aggression against Azerbaijan. The State Security Service has intercepted conversations of the terrorists related to the PKK who are participating in combat activities against Azerbaijan,” a note from Azerbaijani intel said at the beginning of a video that included the dialogue.

“According to the intercepted conversations, the terrorists discuss the precarious situation on Armenia’s side and numerous losses. They also talk about how the Azerbaijani side effectively uses drones and regret having come to the war zone and being deceived by the Armenians. Here we present the abovementioned materials,” the service added.

“Hi. How is it going? What are our guys doing,” a terrorist asks another in the recording, who replies by saying, “It is not clear yet.”

“Some more of our guys have arrived today from Sulaymaniyah to Vardenis,” the terrorist says as the other replies expressing his sorrow.

“They wasted their trip because the situation is bad. We have suffered many losses, I regret coming here,” he says.

The intercepted dialogue also includes a separate dialogue between other terrorists.

“Hello Xisso. This is Varto speaking. We are not able to reach you ... Do you have many casualties? They hit our side severely, too. Locals have also suffered many losses. Be careful. Their drones strike accurately. Take care of yourself,” a terrorist says.

Azerbaijani President Ilham Aliyev said recently that Baku had proof of PKK militants’ presence in the occupied Nagorno-Karabakh region, as well as evidence that they were fighting alongside separatist Armenians.

“We have intelligence regarding the presence of PKK terrorists in Armenian-occupied parts of Karabakh,” he said.

Armenia has launched missile attacks targeting civilian settlements in Azerbaijan shortly after it resumed attacks in the occupied Nagorno-Karabakh area.