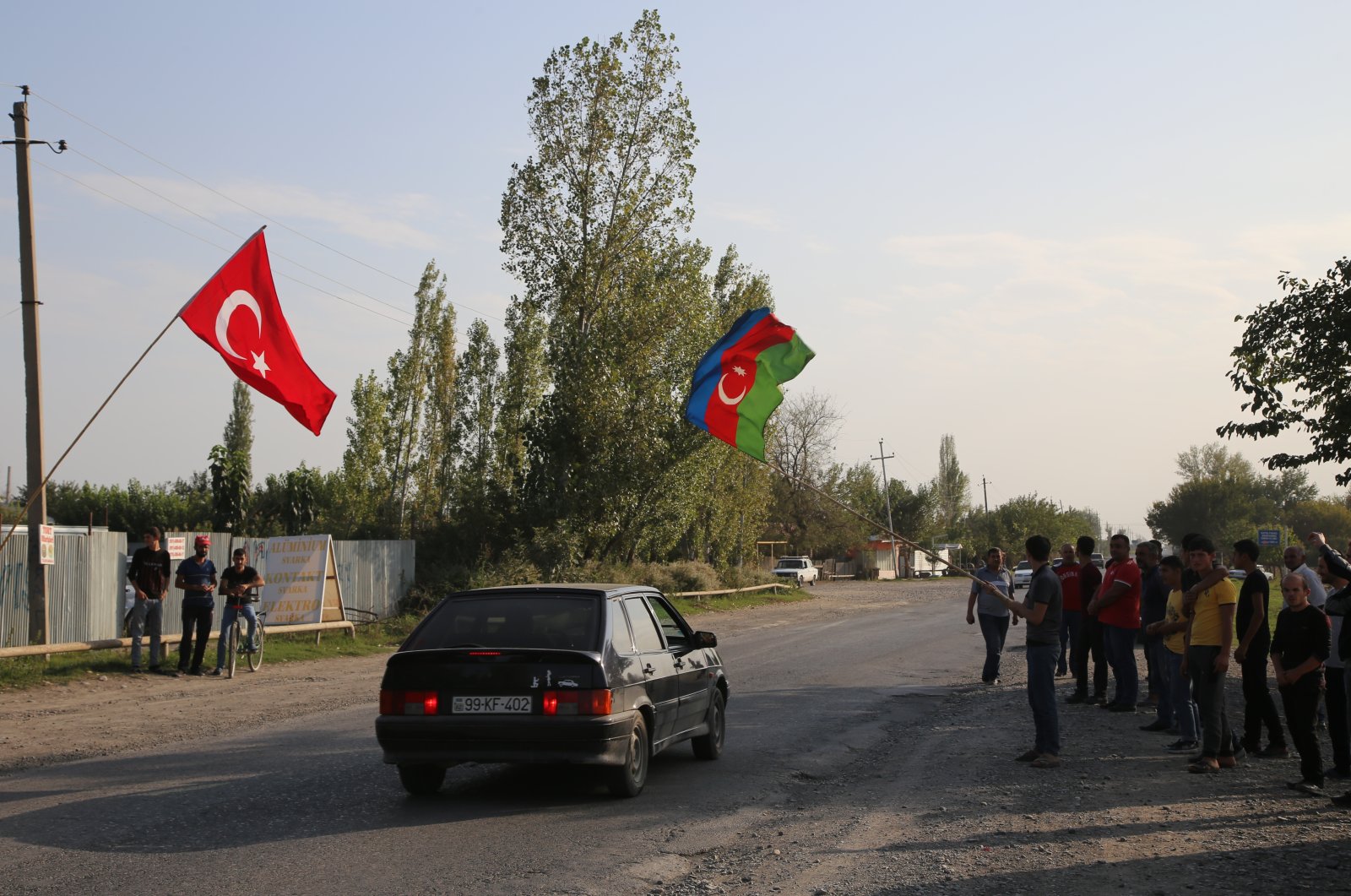 Villagers wave Turkish and Azerbaijani flags at a village in western Azerbaijan as clashes resume in the Armenian-occupied Nagorno-Karabakh region, on Sep. 27, 2020. (AA Photo)
by Anadolu Agency Sep 27, 2020 10:31 pm

The residents of a village in an area of western Azerbaijan under attack by Armenia has asked for international help to end their suffering.

Israil Haciyev, who lives in the village of Kapanlı in the city of Tartar, said they are frequently fired upon by Armenia with heavy weapons.

"Women, the elderly, children, all are leaving their homes," he told Anadolu Agency (AA).

"Let the whole world hear us ... such torment cannot be tolerated," said Ibrahim Zamin, another local. "What is the world doing?"

Four U.N. Security Council and two U.N. General Assembly resolutions as well as many international organizations demand the withdrawal of the occupying forces.

The OSCE Minsk Group-co-chaired by France, Russia, and the U.S.-was formed in 1992 to find a peaceful solution to the conflict, but to no avail. A cease-fire, however, was agreed upon in 1994.

France, Russia, and NATO, among others, have urged an immediate halt to clashes in the occupied region.