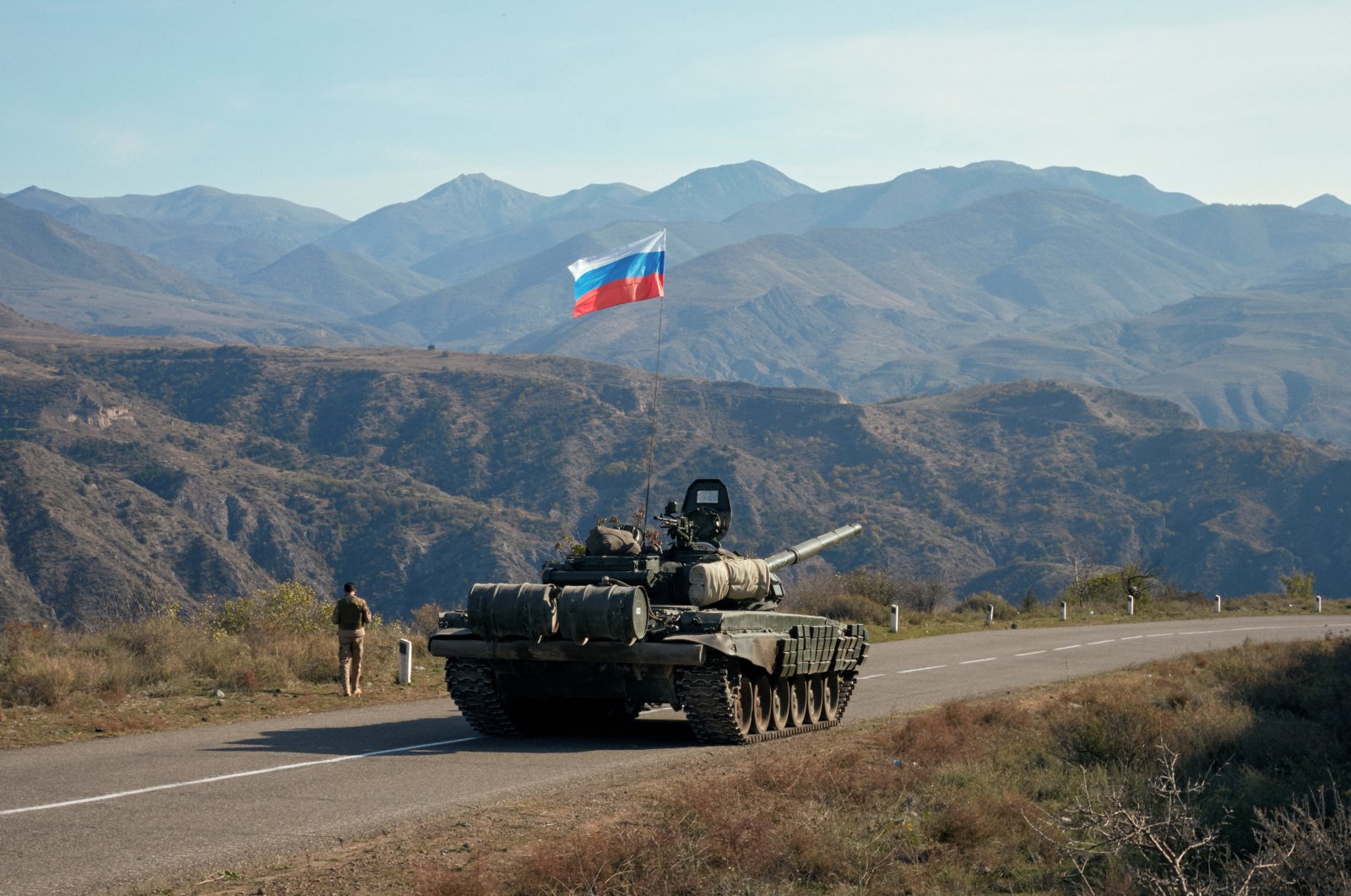 A service member of the Russian peacekeeping troops walks by a tank near the border with Armenia, in the region of Nagorno-Karabakh, Azerbaijan, Nov. 10, 2020. (Reuters Photo)
by daily sabah Nov 18, 2020 1:40 pm
RECOMMENDED

A group of protesters in the Azerbaijani capital Baku held a rally protesting the Russian peacekeeping troops' presence in the Nagorno-Karabakh region, which was recently liberated from a decadeslong Armenian occupation.

Chanting the slogan, “Russia leave, Turkey stay!” the group urged the Azerbaijani government to reject Russian peacekeepers and replace them with Turkish troops.

The protesters held placards and posters in favor of Turkey, President Recep Tayyip Erdoğan and the Turkish military.

The Turkish Parliament on Tuesday overwhelmingly approved the deployment of Turkish troops to Azerbaijan for a peacekeeping mission to monitor a cease-fire deal that aims to end the conflict in the Nagorno-Karabakh region.

The mandate will allow Turkish troops to be stationed at a peacekeeping center for one year as part of an accord between Ankara and Moscow to monitor the implementation of the cease-fire, which locked in territorial gains by Azerbaijan. Some 2,000 Russian peacekeeping troops are now also deploying to the region.

Last week, Azerbaijani President Ilham Aliyev said that Turkey will take part in the peacekeeping process in the Nagorno-Karabakh region following a Russian-mediated deal with Armenia to stop the military hostilities.

On Tuesday, Turkish Defense Minister Hulusi Akar said that Turkish and Russian officials are still working on the framework to implement the deal.

Relations between Azerbaijan and Armenia over Nagorno-Karabakh have remained tense since 1991. The most recent clashes broke out on Sept. 27, ending with a peace deal signed Nov. 10.