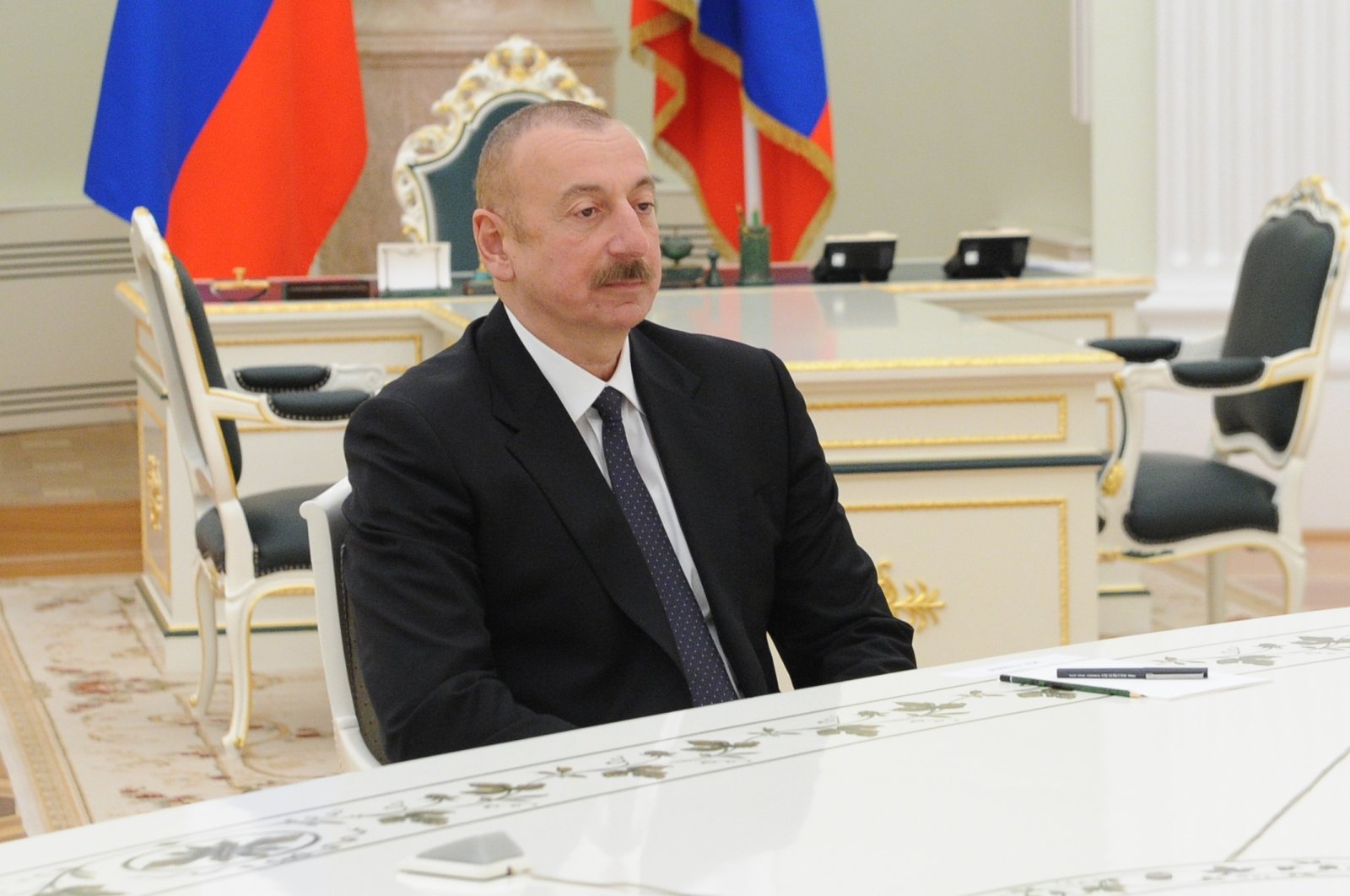 Azerbaijan's President Ilham Aliyev is seen during a trilateral meeting with the president of Russia and the prime minister of Armenia to discuss the implementation of the tripartite statement on Nagorno-Karabakh, Moscow, Russia, January 11, 2021. (Reuters Photo)
by Daily Sabah
Jun 27, 2021 2:07 pm

Azerbaijan's President Ilham Aliyev on Saturday urged Armenia to accept the resolution to the Nagorno-Karabakh conflict.

Aliyev said "a working group should be formed on the determination of the border" and that "preparations should be made for a peace agreement."

His remarks came during a speech to mark the 103rd anniversary of the Azerbaijan Armed Forces where he met with the army command and senior officers.

Aliyev said the country will continue to strengthen its army as he discussed the processes leading up to the Karabakh conflict and the liberation of lands that ended the 30-year Armenian occupation.

If Armenia does not give up its "hostile policies" it will not be able to regain its military or economic powers, said the president.

"We expect a positive response from our interlocutors after last week's elections in Armenia," said Aliyev last week. "We need peace, sustainable development and foresight, not war in our region."

Urging active cooperation with the EU on the issue, Aliyev said Azerbaijan welcomes the bloc's involvement in regional affairs.

"We appreciate any initiative that serves the purpose of peace, reconciliation, development and cooperation in the South Caucasus," he said.

Turkey similarly believes that permanent peace is possible through mutual security-based cooperation among states and people in the South Caucasus region. Turkish President Recep Tayyip Erdoğan had called for a six-nation platform comprising Turkey, Russia, Iran, Azerbaijan, Georgia and Armenia for permanent peace, stability and cooperation in the region.

However, as calls for peace continued, Armenian troops last week targeted Azerbaijani positions, according to the Azerbaijani Defense Ministry.

In a statement, the ministry said that the Armenian armed forces in the Aygedzor village of the Berd region of Armenia opened fire on "positions of the Azerbaijan Army in the direction of Muncuglu village of Tovuz region."

The Azerbaijani military did not suffer any casualties, it added.