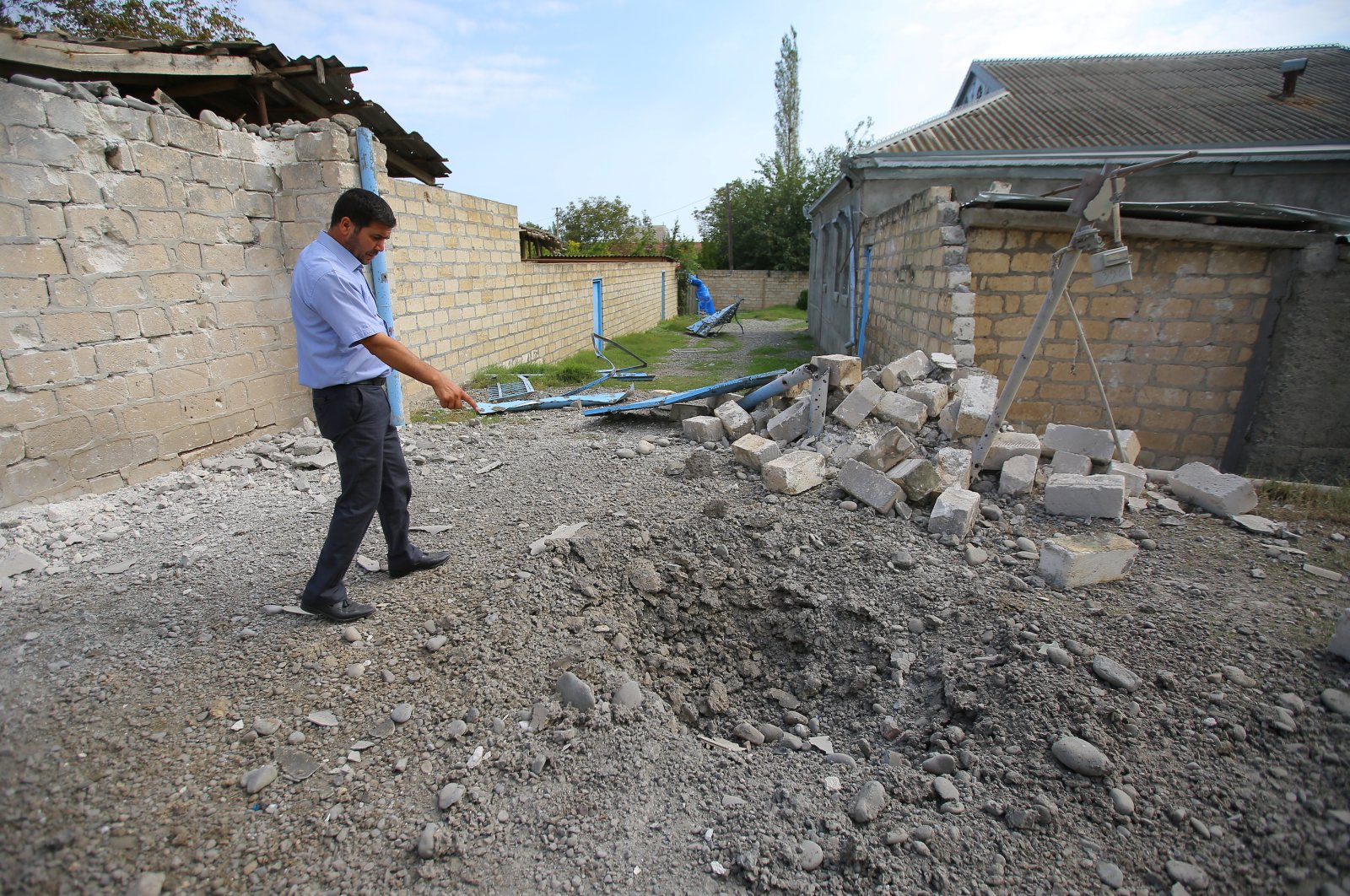 A man points to a crater that was allegedly caused by shelling during the fighting over the Nagorno-Karabakh region, in the Tartar border district of Azerbaijan, Sept. 29, 2020. (REUTERS Photo)
by DAILY SABAH Sep 30, 2020 10:39 am
RECOMMENDED

The Azerbaijani army besieged Armenian forces in the Aghdara-Terter area bordering Nagorno-Karabakh on Wednesday, the fourth consecutive day of fighting in the biggest eruption of violence in the decades-old conflict, the Azerbaijani Defense Ministry stated.

The operation aims to destroy Armenian forces with artillery fire and clear the area, it added.

The ministry statement said Armenia targeted Azerbaijan’s Terter region with artillery fire in the morning hours, which led to damage in infrastructure while no civilians were injured.

Dozens of people have been reported killed and hundreds wounded since the new wave of fighting broke out on Sunday.

The ministry added that 2,300 Armenian soldiers have been killed and wounded since Sept. 27.

Though a cease-fire was agreed on in 1994, Baku and Yerevan still regularly accuse each other of attacks around Nagorno-Karabakh and along the Azerbaijani-Armenian border.