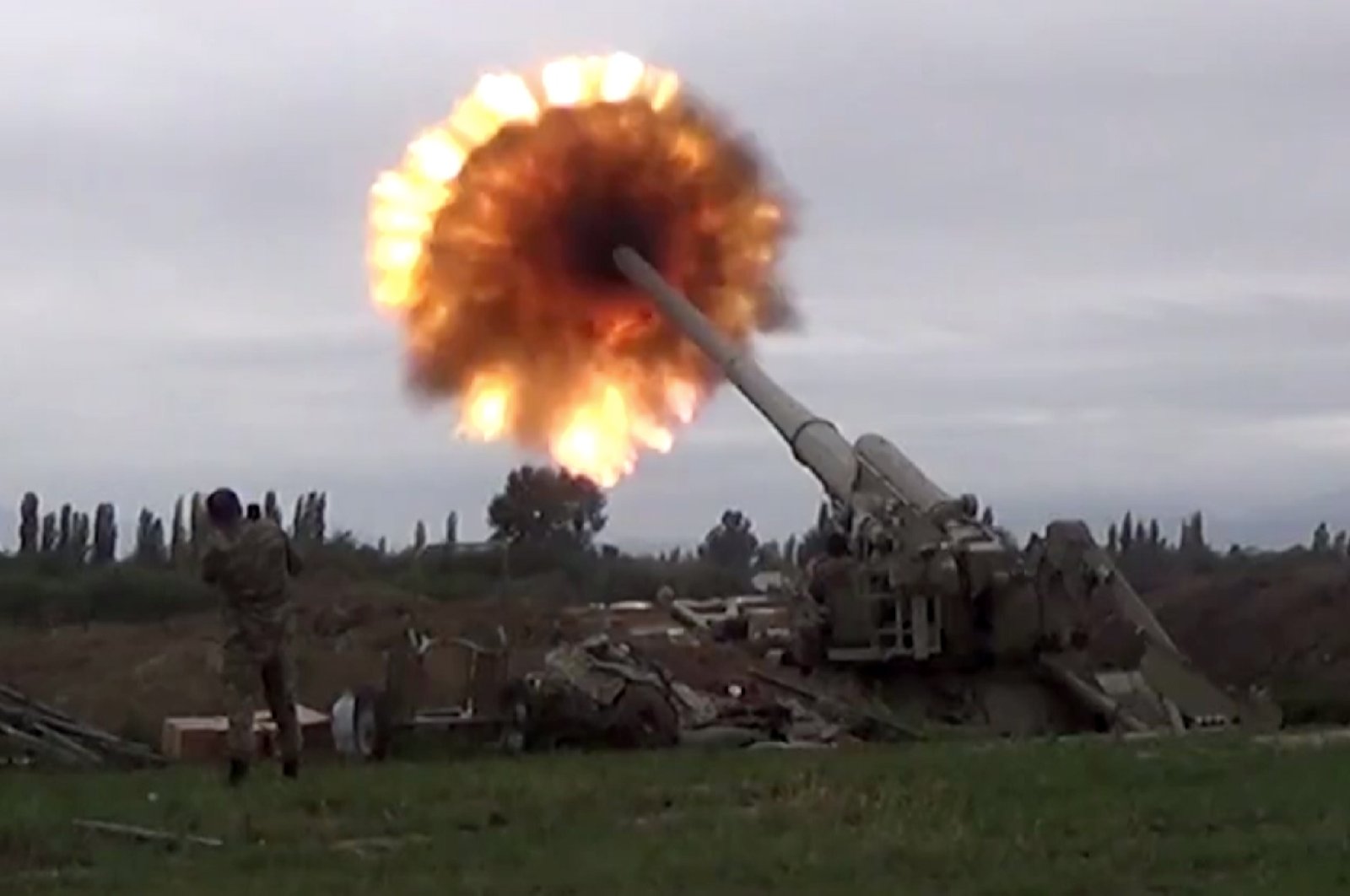 The Azerbaijani army attacks Armenian elements that recently violated a cease-fire in the Nagorno-Karabakh region, Sept. 28, 2020. (AA Photo)
by DAILY SABAH
Sep 29, 2020 10:30 am

“As a result of the strikes by the Azerbaijani army, the 3rd Khojavend motorized rifle regiment of the Armenian armed forces, stationed in Khojavand region, was destroyed," chief of the press service of the Azerbaijani Defense Ministry Col. Vagif Dargahli told the Azertac state news agency.

“As a result, the Armenian side suffered heavy losses; the regiment was completely defeated,” Dargahli noted.

He added that the command of the Armenian army appealed to everyone to deliver vehicles for the evacuation of the dead and wounded.

The Nagorno-Karabakh region, internationally recognized as part of Azerbaijan, has been controlled by Armenian separatists since conflict broke out following the disintegration of the Soviet Union in 1991.