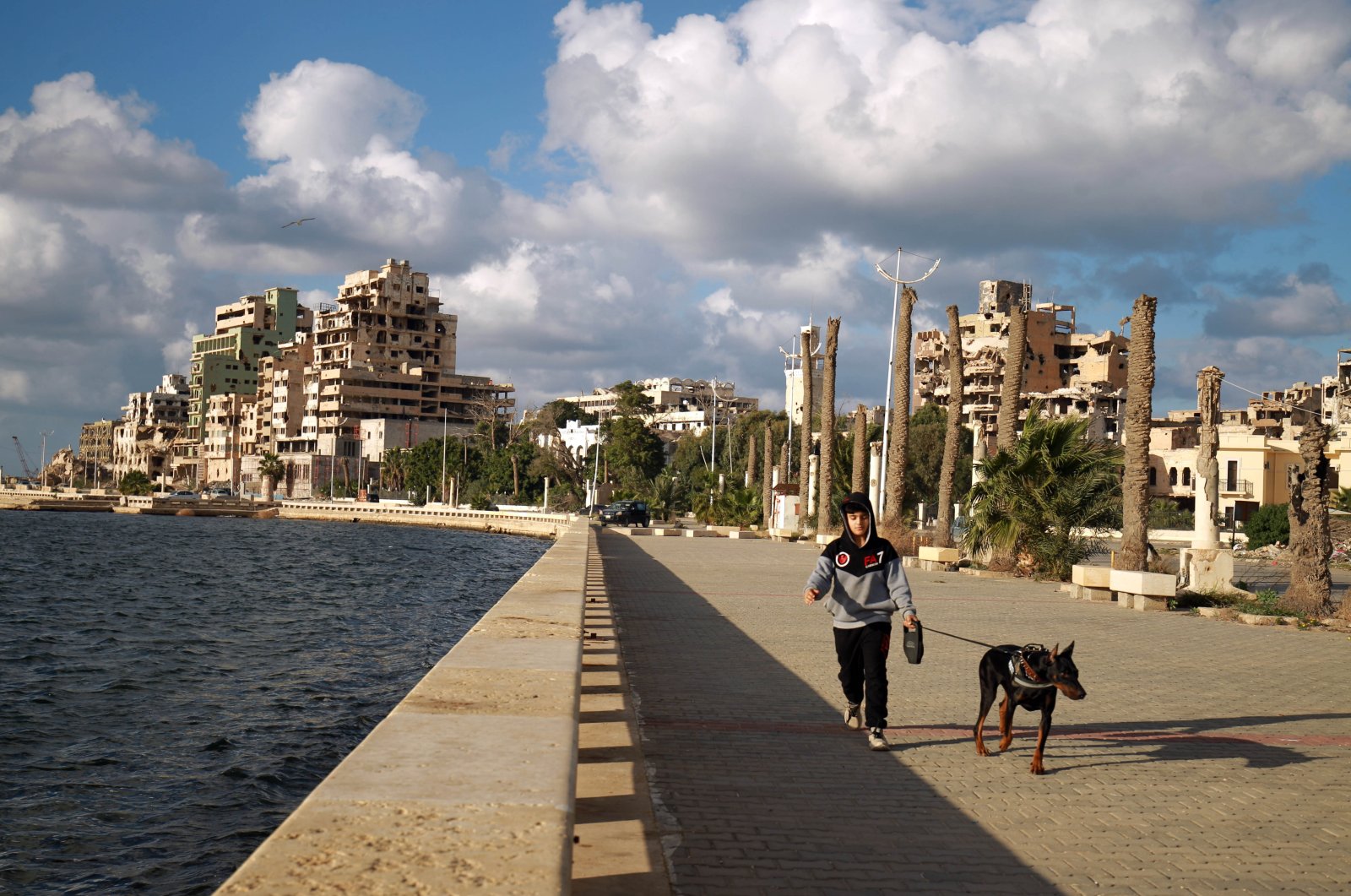 After years of failed dialogue, Libya is now set to prepare for a transitional government as the United Nations and the United States hail the breakthrough that gives hope for possible elections in late 2021

The top United Nations official for Libya said Saturday an advisory committee for representatives of Libya's different regions has proposed a way forward for choosing a transitional government that would lead the war-torn country to elections late this year.

The talks in Geneva, structured around the Libyan Political Dialogue Forum, have been taking place amid a heavy international push to reach a peaceful settlement to Libya’s civil war. Previous diplomatic initiatives have all collapsed.

The U.N. acting envoy for Libya, Stephanie Williams, told a news conference in Geneva that the advisory committee’s members “have met their responsibility with a constructive spirit, cooperative efforts and a great deal of patriotism.”

The committee is part of a 75-member forum that represents all the three main regions of Libya. The 18-member committee has proposed that each region's electoral college name a representative to a three-member presidential council, Williams said. A prime minister would be chosen by the 75-member forum. A successful nominee should receive 70% of the votes.

Williams said the forum would resort to lists formed from Libya’s three regions, with each list consisting of four names, nominated for the presidential council and a prime minister position.

She said a list should obtain 17 endorsements: eight from the western region, six from the eastern region and three from southern Libya. The winning list should receive 60% of the votes of the 75-member forum in the first round. A run-up is expected if no list received the required votes, she said.

Williams said the forum would vote on the proposed mechanism on Monday, and the results are expected the following day.

The transitional government would be “a temporary unified executive staffed by Libyan patriots who want to share responsibility rather than to divide the cake,” the U.N. acting envoy said.

The U.S. welcomed the breakthrough and urged all parties of Libya “to work with urgency and in good faith” to establish an interim government, according to a statement by the U.S. Embassy in Libya.

“It is time to move past the conflict and corruption facilitated by the status quo,” it said.

The forum led by the United Nations Support Mission in Libya (UNSMIL) is part of the U.N. efforts to end the chaos that engulfed the oil-rich North African nation after the 2011 overthrow and killing of dictator Moammar Gadhafi. It has reached an agreement last year to hold presidential and parliamentary elections on Dec. 24, 2021.

The previous session of the forum led by UNSMIL ended without reaching a consensus. In the meeting held via videoconference, the main focus was to reach an agreement on the election mechanism of executive authority in the war-torn country.

In official voting held on Dec. 4 on proposals to determine the chair of the presidential council, its vice-chairs and prime minister could not be determined after none of them reached the necessary 75% of participants’ votes. This led the UNSMIL to decrease the necessary threshold for a way forward in the political talks.

Libya, with Africa's largest proven crude oil reserves, has been wracked by conflict for nearly a decade.

The oil-rich country is now split east to west between two rival administrations, each backed by an array of militias and foreign powers.

In the Libyan conflict, forces loyal to the U.N.-recognized Government of National Accord (GNA) based in Tripoli and those of its rival, putschist Gen. Khalifa Haftar, formally agreed on a cease-fire in October. After a failed offensive on Tripoli launched by Haftar in April 2019, the two sides have returned to negotiations.

Haftar has been mainly supported by the United Arab Emirates (UAE), Egypt and Russia.

Russia has primarily supported the Haftar forces by deploying mercenaries of the Wagner Group to the war-torn country in their fight to seize power from the GNA in Tripoli, which they failed to do, and the GNA has kept the capital city under control.

The United States Africa Command (AFRICOM) on July 24 accused Russia of “playing an unhelpful role in Libya by delivering supplies and equipment to the Wagner Group.” The Wagner Group has 2,000 personnel in Libya, according to the command.

The UAE has also invested heavily in support of Haftar’s attack on the GNA although there has been an international arms embargo on Libya in place since 2011.

The UAE has been harshly criticized by human rights groups and the United Nations for escalating violence in the war-torn country. Human Rights Watch (HRW) in late April stated that an airstrike by the UAE on a biscuit factory south of Tripoli on Nov. 18, 2019, killed eight civilians and injured 27 others.

On the other hand, the GNA has been backed mainly by Qatar and Turkey.

In August, Libyan authorities announced that agreements had been signed with Turkey and Qatar to provide assistance in restructuring the Libyan military.

In the face of Haftar’s aggression, Ankara and the Tripoli-based internationally recognized government last year also reached two separate memorandums of understanding (MoU), one on military cooperation and the other on the maritime boundaries of the countries in the Eastern Mediterranean.

Within this scope of the agreement, Turkey has begun the military training of 120 Libyan soldiers.

Already, after a first in-person session held in the Tunisian capital last month, the legitimacy of the delegates was questioned by allegedly underrepresented groups. Libyan organizations have since called for an investigation into corruption allegations linked to the selection process of future leadership. U.N. experts have been tasked with looking into any such cases.

The appointment of heads of strategic institutions such as the central bank and the National Oil Corp. is also proving divisive, while the Libyan parliament has failed to convene for two years.

More than 120 deputies pledged at talks in Morocco in late November to convene parliament as soon as they return in Ghadames, a desert oasis considered a neutral venue, but questions have since arisen over the choice of location.

The warring sides agreed to a U.N.-brokered cease-fire in October in Geneva, a deal that included the departure of foreign forces and mercenaries from Libya within three months.

No progress was announced on the issue of foreign forces and mercenaries since they inked the cease-fire deal almost two months ago.