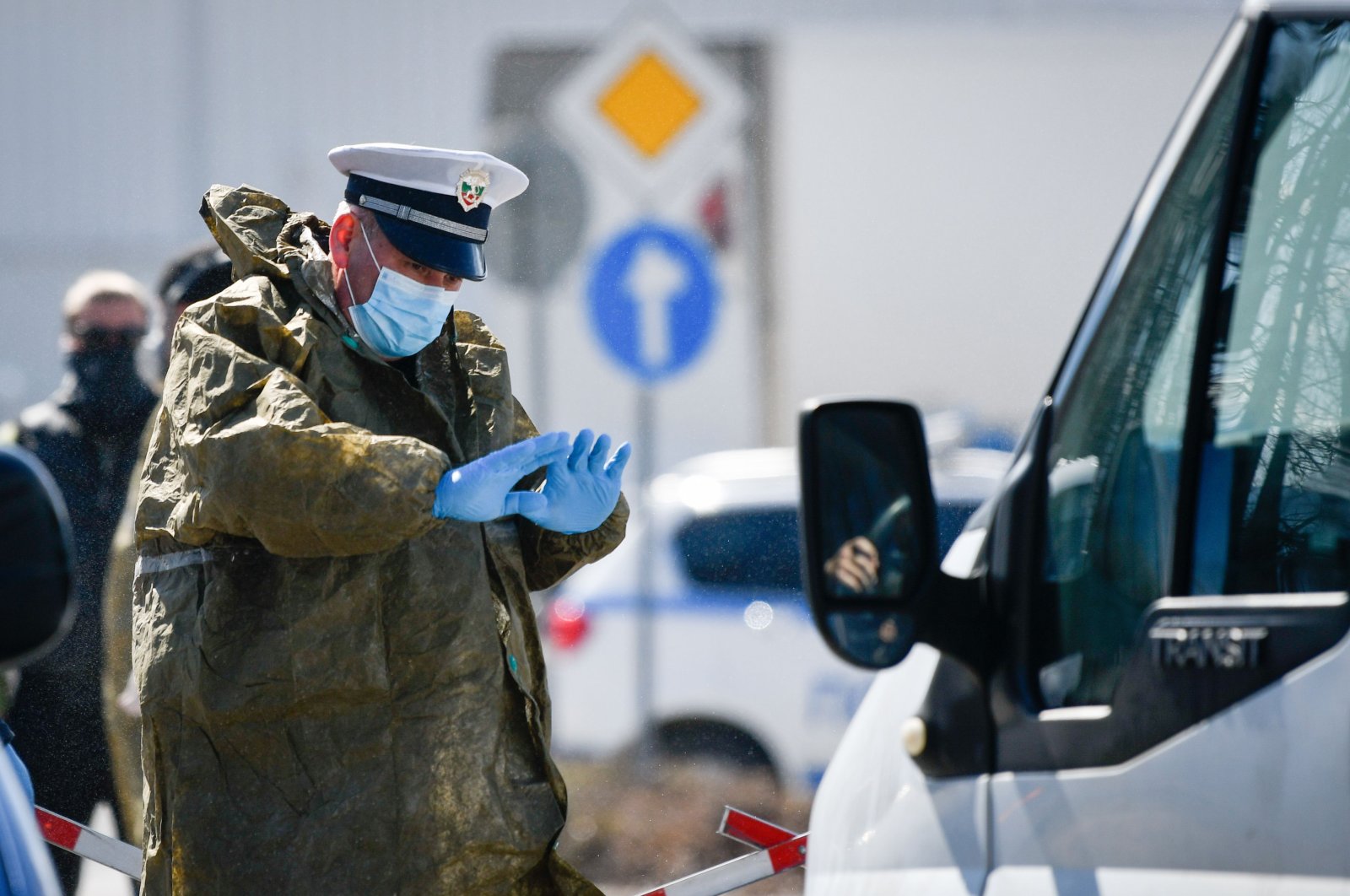 A police officer wearing a protective suit gestures at a checkpoint at the entrance of the Bansko ski resort in Bulgaria, March 18, 2020. (AFP Photo)
by DAILY SABAH
Mar 21, 2020 1:56 pm

Bulgarian Defense Minister Krasimir Donchev Karakachanov thanked Turkey for providing assistance during the coronavirus pandemic, as he criticized the European Union for failing to help.

Karakachanov said Turkey has been providing necessary materials in the fight against COVID-19, but European countries did not send “a single mask.”

"It turns out that the only institution that works for the benefit of citizens in Europe is not the expensive European bureaucracy, but the nation-state," he said, stressing that the EU had been working on destroying nation-states.

"As you can see, we have not received a single mask from Europe so far. We get help from China, from Turkey – countries with slightly different world views regarding the role of the state and its institutions in the world," Karakachanov added.
Stressing that the coronavirus crisis showed that EU elites were completely artificial and not, in fact, acting as true leaders in Europe, Karakachanov said the European bureaucracy only served the interests of certain circles, not nation-states.
Bulgaria bought 50,000 masks, 100,000 protective garments and 100,000 safety goggles from Turkey under the scope of a deal between President Recep Tayyip Erdoğan and Prime Minister Boyko Borisov.
Turkish officials said they were ready to send 15,000 more masks and 85,000 protective garments if needed.

Bulgaria has also been receiving assistance from Vietnam and India amid the coronavirus outbreak.

The country has so far reported 163 cases of COVID-19, including three fatalities.

The coronavirus, which originated in the Chinese city of Wuhan, has brought life to a halt across the world, as countries urge citizens to stay home and impose lockdowns to prevent the spread of the deadly disease.

European countries have also been seriously affected by the virus, as Italy became the new epicenter of the pandemic with over 53,000 cases and 4,825 deaths.