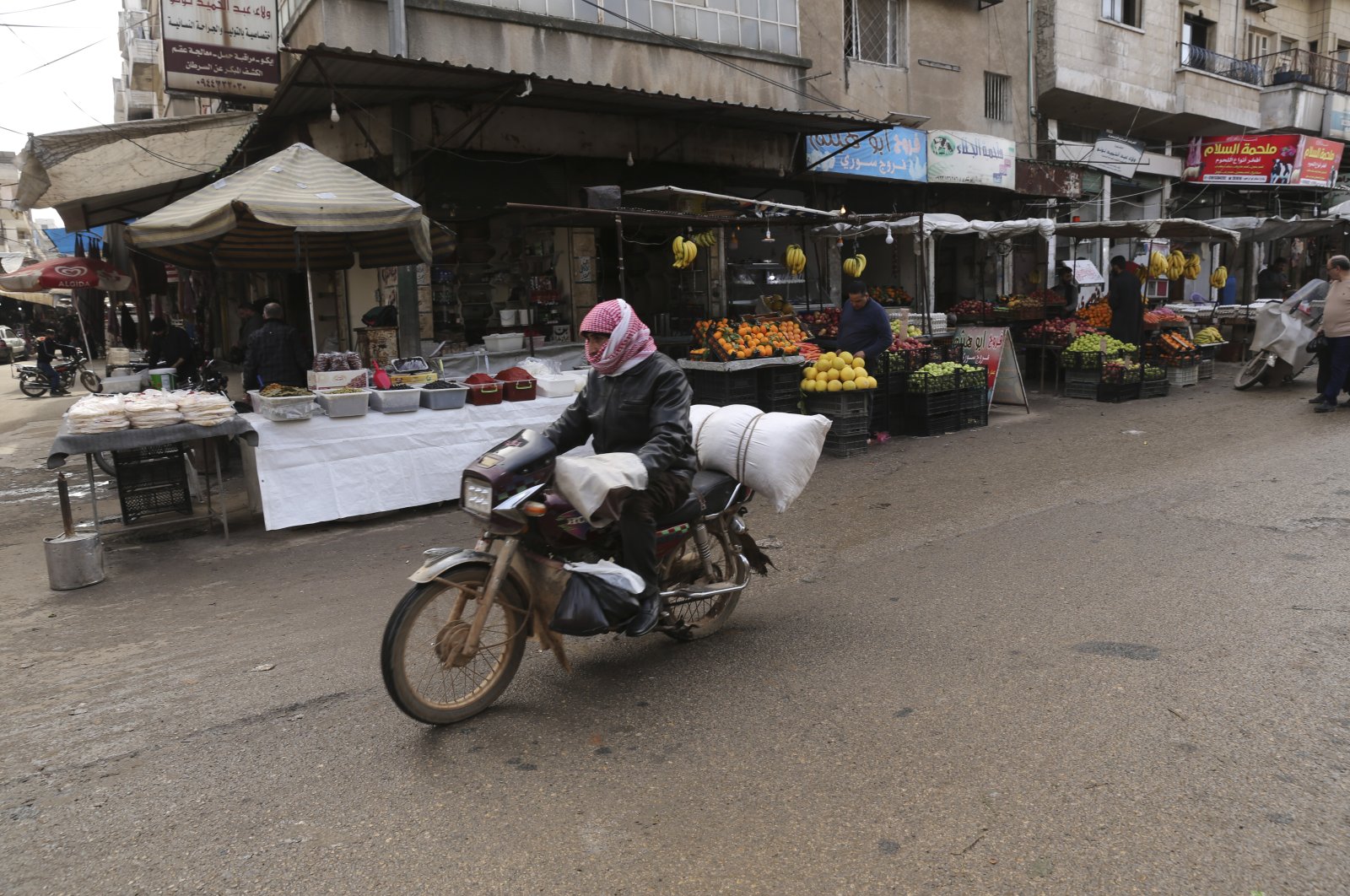 Almost a week after the Turkish-Russian deal establishing a cease-fire in Idlib, people in the region enjoy a period of relief from violence while regime forces look for ways to breach the truce

The fourth cease-fire in the northwestern Syrian province of Idlib began five days ago under the guarantorship of Turkey and Russia, both of which declared their determination to lower the tensions in the region. Since then, relative calm persists in the war-torn province, proving that the cease-fire has worked for the most part so far. However, due to the Syrian regime’s ongoing trend of violating the cease-fires, reports of minor offenses circulate around media, disgracing the attempts of both Turkey and Russia.

Turkish Foreign Minister Mevlüt Çavuşoğlu confirmed the regime’s minor attempts of violation on Tuesday, ensuring that the incidents were too small to harm the cease-fire.

Çavuşoğlu said that in the aforementioned incidents, some regime soldiers, acting individually, were engaging in violent acts such as breaking the windows of houses. However, he said Turkey was informed that as a response to such actions, Russia rigorously warned the Bashar Assad regime.

If the Syrian regime tries to proceed heedless of the cease-fire in Idlib, Turkish forces will do as they have done before, Çavuşoğlu further warned. He said the Syrian crisis can be solved when the attacks in the field end.

According to Anadolu Agency (AA), the regime violated the latest cease-fire agreement between Turkey and Russia 10 minutes after it was implemented. AA correspondents said on Monday that by the end of the first day of the cease-fire, regime forces had violated the agreement 15 times.

The regime, which continued the violations Saturday and Sunday, engaged in harassment fire with a machine gun on a Turkish military convoy transporting supplies. Elements of the regime also fired three mortar shells near another unit. Harassment fire overnight by regime artillery in villages in Idlib continued for about an hour. On Sunday, regime forces were determined to advance to points in Kafr Nabl village, a buffer zone south of Idlib, with two tanks, two armored personnel carriers and many militia convoys.

The cease-fire was reached in Moscow on Thursday after talks to contain the escalating conflict. The talks in Moscow marked the 10th encounter in just over a year between Putin and Erdoğan, who call each other “dear friend” and have polished a fine art of bargaining.

In the last few years, Erdoğan and Putin have worked closely to try to resolve the nine-year conflict, proving that the unique dialogue between the two leaders may overcome their differences in the end. They managed to coordinate their interests by avoiding direct confrontation between their forces in Syria, even though Moscow has been backing the Assad regime while Ankara has supported opposition groups. Both Russia and Turkey appear eager to avoid a showdown despite conflicting interests in Idlib province, making it difficult to negotiate a mutually acceptable compromise.

The relationship has been strained in recent weeks, with the two sides trading accusations of violating the Sochi deal, which created a buffer zone and allowed for the deployment of 12 Turkish observation posts. Several previous deals to end the fighting in Idlib have collapsed.

Russian delegation in Turkey for patrols

This latest cease-fire deal came amid recent clashes between the Turkish military and Syrian regime forces that left many dead on both sides. As part of the agreement, all military activities will end in Idlib and a security corridor will be established 6 kilometers (3.7 miles) deep to the north and to the south of the M4 highway.

Joint Turkish-Russian patrols will also begin on March 15 along the M4 highway from the settlement of Trumba, 2 kilometers (1 mile) to the west of Saraqib, to the settlement of Ain-al-Havr, according to the deal.

In order to discuss the details of the patrols, a Russian delegation is in Turkey today, having meetings with Turkish authorities. According to many pundits, the beginning of the patrols may ensure the security of the region better than the current situations since it would disable the Syrian regime, which initially claimed to have welcomed the cease-fire, from attacking the civilians.

Turkey's military will patrol to the north of a security corridor being set up around a highway in Idlib, and Russian forces will patrol the southern side, Çavuşoğlu said on the issue.

The foreign minister added that Russia would ensure that Syrian regime forces do not try to enter the corridor along the M4 and that Turkey-back opposition forces would remain in place.

Previously, the Syrian regime and its allies, Russia and Iran, have consistently broken the terms of the 2018 cease-fire and a new one that began on Jan. 12, launching frequent attacks inside Idlib province.

Currently, Turkish soldiers are stationed in the region to protect the local population and counterterrorism groups. Still, despite the military escalation, Ankara also has been putting forth efforts to keep diplomatic channels active with Russia in hope of finding a political solution, urging the country to uphold the peace agreements and ensure an immediate cease-fire.

"We expect a permanent cease-fire and to provide the environment for the return of more than 1 million innocent displaced people, 81% of them women and children," Defense Minister Hulusi Akar also said regarding the topic on Saturday.

The minister expressed that Turkey was monitoring the situation on the ground very closely, stressing: "We will give the harshest response to any attacks on our troops and observation points (in Idlib) without hesitation."

However, despite the insurance of both Turkey and Russia, due to the history of the Syrian regime filled with betrayals to the truces, the locals in the region are still concerned whether a true peace can be established as a result of this deal.

According to İhlas News Agency (IHA), the cease-fire already enabled some displaced civilians to return to their homes, only to take their commodities left behind. In reality, locals are still afraid to leave their houses, leaving streets empty and have trouble believing that the regime will commit to the cease-fire. The concerns reached a point that in order to handle mandatory needs such as going grocery shopping, each family determines one member to secure the rest.

“Thanks to the truce, we returned to our house to take back our commodities. We are careful and afraid that there can be an attack at any time,” said Faysal Tahsin.

According to another local, Ebu Mustafa, although it is promising to see that there is a cease-fire, it is almost impossible to go back to the past, peaceful days.

“We have heard that there has been a truce. We wanted to see how our house was holding up. Yet, it is clear that our village cannot return to its previous times,” he stated.

Turkey launched Operation Spring Shield on Feb. 27 after at least 34 Turkish soldiers were killed last month in an Assad regime airstrike in Idlib province, and after repeated violations of previous cease-fires.