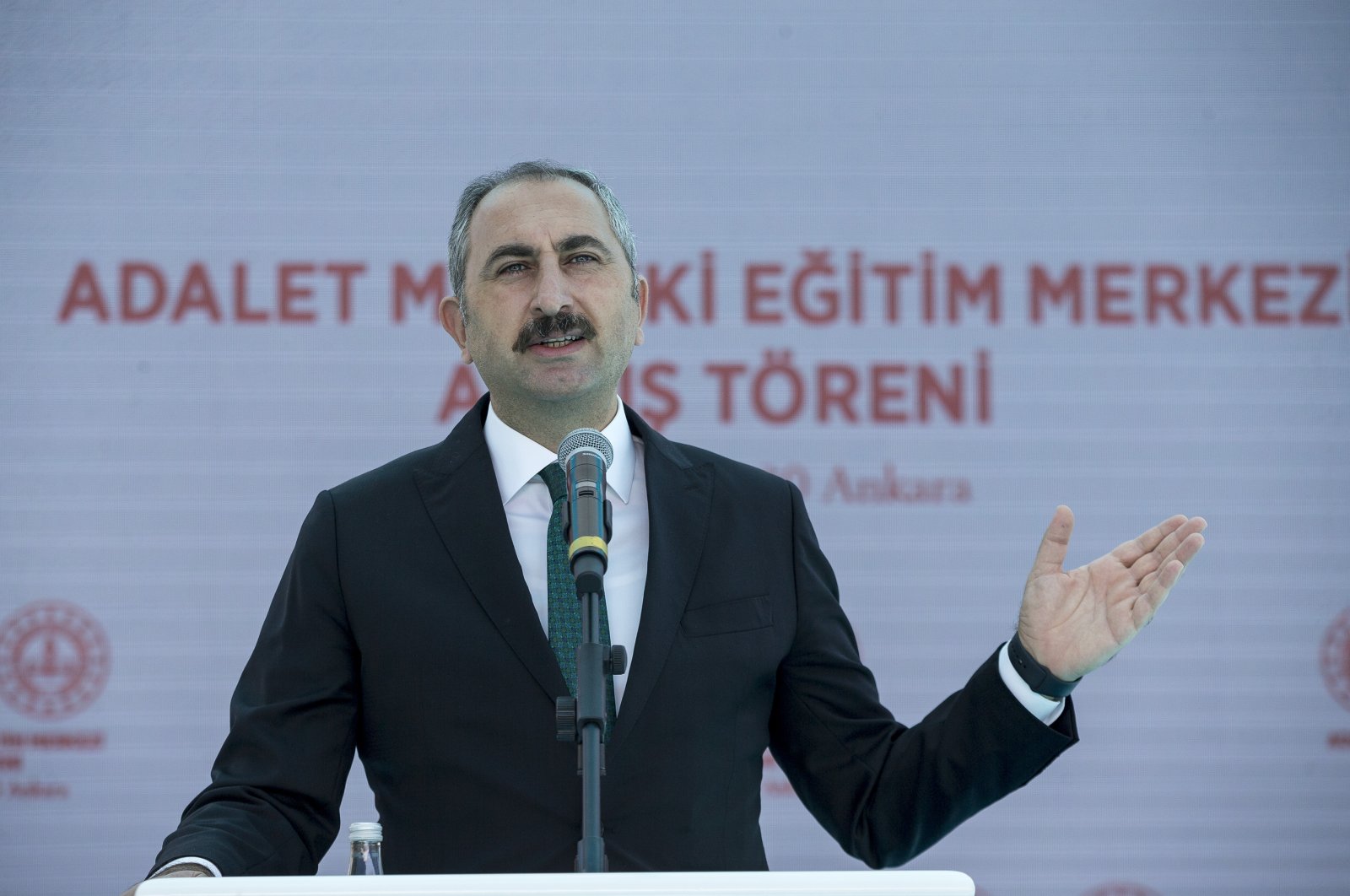 Justice Minister Abdülhamit Gül reacts as he gives a speech during the inauguration of a vocational training center in Ankara, Aug. 14, 2020. (AA Photo)
by DAILY SABAH Sep 03, 2020 11:38 am
RECOMMENDED

Gül also said that the 70th anniversary of the European Convention on Human Rights is being shadowed by the rise in racism, intolerance and hate crimes.

“After the attacks against our holy book Quran in Sweden and Norway, Charlie Hebdo magazine now prepares to stage a dirty provocation,” he concluded.

The decision to republish the cartoons was seen as a renewed provocation by a magazine that has long courted with its satirical attacks on religion, while some see it as a defiant gesture in defense of freedom of expression.

Among the cartoons, most of which were first published by a Danish newspaper in 2005 and then by Charlie Hebdo a year later, is one of Prophet Muhammad wearing a bomb-shaped turban with a lit fuse protruding. "We will never lie down. We will never give up," editor Laurent "Riss" Sourisseau wrote in a piece to accompany the front cover that will be published in print Wednesday.

Twelve people, including some of the magazine's best-known cartoonists, were killed when brothers Said and Cherif Kouachi stormed the Paris offices of Charlie Hebdo and sprayed the building with automatic gunfire.

The Kouachi brothers and a third gunman who killed five people in the 48 hours that followed the Charlie Hebdo massacre were shot dead by police in different standoffs, but 14 of their alleged accomplices go on trial Wednesday.

The trial had been delayed several months with most French courtrooms closed over the coronavirus pandemic. The trial in Paris will continue until Nov. 10 and in a first for a terror trial, proceedings will be filmed for archival purposes given public interest.