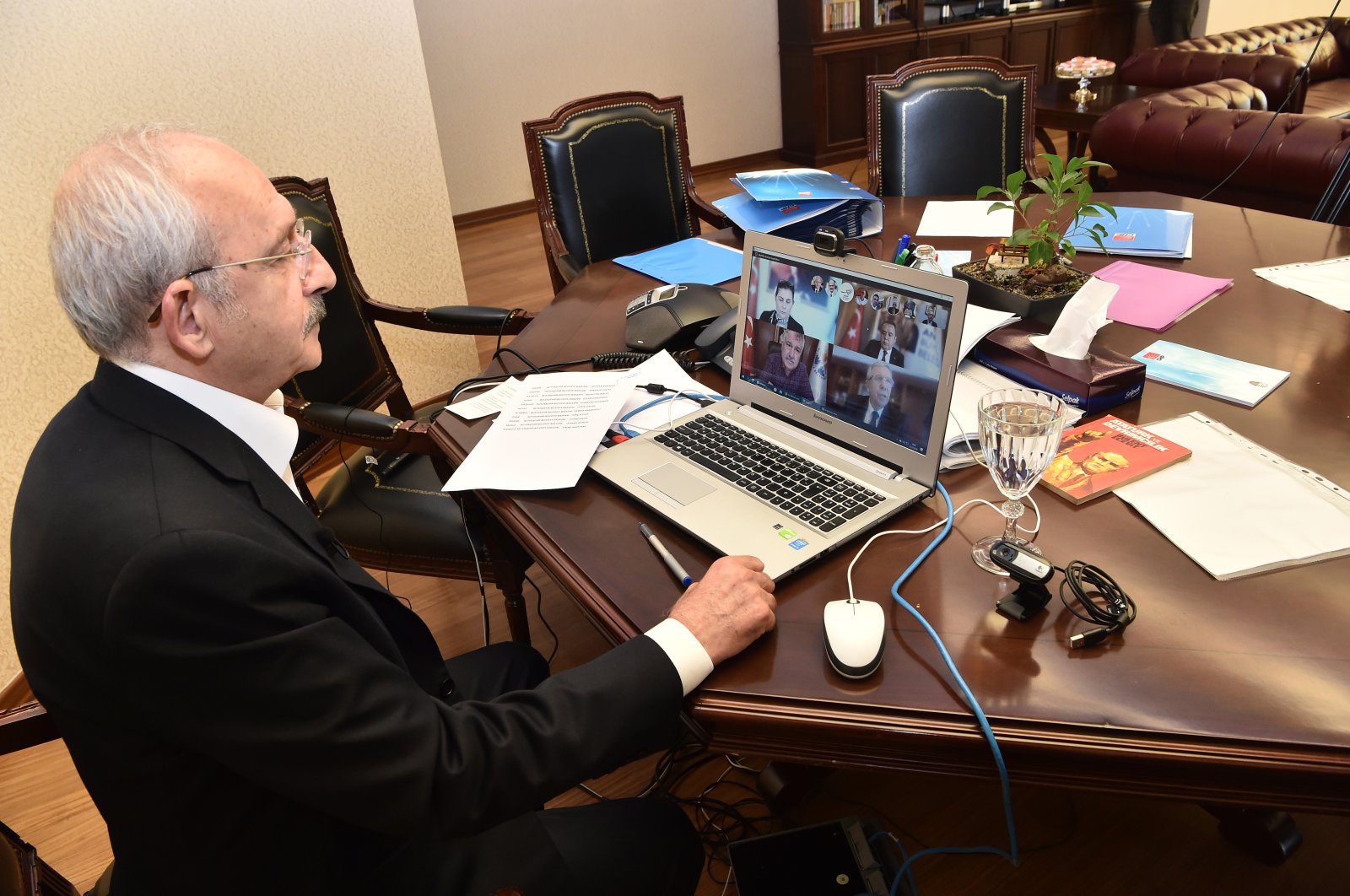 The main opposition Republican People’s Party (CHP) chairman held a video conference with his mayors to discuss the steps that need to be taken by municipalities to fight the spread of the coronavirus. Party members prepared posters and booklets on the coronavirus to be distributed by municipalities as the number of confirmed cases in the nation and globally increase on a daily basis.

The opposition chairman pledged to fight the virus in a determined manner, as he told them to address hygiene needs in impoverished neighborhoods.

The CHP administration instructed all provincial and district municipalities to hang the posters and place booklets in public areas to raise awareness about the coronavirus, as some individuals ignore Turkish officials’ calls to stay home to prevent the spread of the virus.

Turkish political parties have been taking precautions to prevent the spread of coronavirus as they canceled weekly parliamentary group meetings and congresses.

The ruling Justice and Development Party (AK Party), Good Party (İP) and CHP disinfected their headquarters and have adopted different measures to fight the pandemic.

The Parliament has been strictly enforcing measures against the coronavirus.

Thermal screening devices were first installed at airports to prevent the entry of infected passengers from abroad, while flights to and from Italy, South Korea, Iran and Iraq were later canceled. On Feb. 23, border crossings with Iran were shut down. Iraqi borders have since also been temporarily closed. Meanwhile, municipalities are routinely disinfecting mass transit vehicles and other crowded spaces. On Wednesday, daily rail service between Istanbul and Bulgaria's Sofia was suspended amid coronavirus fears. The Turkish State Railways (TCDD) announced that their trains are being disinfected daily.

The government earlier closed schools for two weeks starting on March 16, while universities have been closed for three weeks.