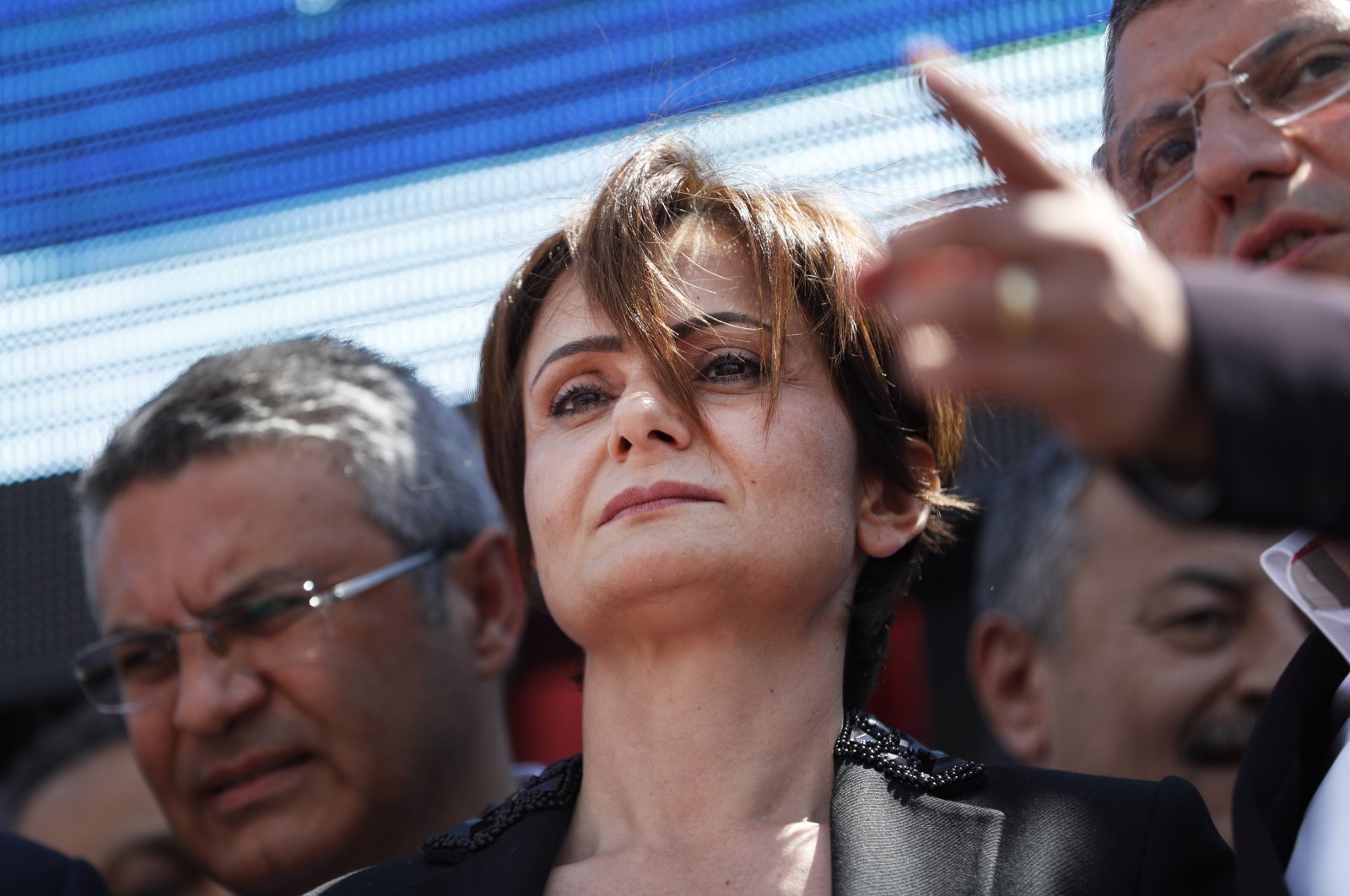 The main opposition Republican People’s Party (CHP) is accused of covering up sexual assault allegations after a district deputy chair was detained on suspicion of rape, with some members raising their voices against sexual assault among party members.

The sexual assault scandal erupted after Maltepe district Deputy Chairperson Umut Karagöz was arrested after being accused of sexually assaulting a 23-year-old woman in a washroom last month.

Yarkadaş told the Hürriyet daily that he has received many similar reports about such assault taking place in other districts.

In response to Yarkadaş, CHP Istanbul Chairperson Canan Kaftancıoğlu said the party had already taken action against the accused member before his tweet.

“Barış Yarkadaş is kind of interested in showing off,” Kaftancıoğlu said. Yarkadaş, however, said Kaftancıoğlu’s claims about CHP taking action were wrong.

Kaftancıoğlu had been close friends with Karagöz, who used to work as a municipality driver in Kartal district, according to the Sabah daily. Several photos have been published showing Kaftancıoğlu and Karagöz posing together.

Yarkadaş noted that the victim, identified as E.S., who was a member of the party’s Maltepe Women’s Branch, was warned by the district administration to remove a post about being raped by Karagöz.

“When the scandal in Maltepe unfolded, they did not find U.K. and send him to the disciplinary committee, but they forced him to sign a resignation letter dated from 20 days ago,” Yarkadaş said.

The 23-year-old victim noted that she had previously worked with Karagöz and was at a cafe on Nov. 20 when the incident took place. The man forced her into a washroom, beat her up and raped her afterward, according to the victim.

The former lawmaker claimed that similar incidents have taken place in CHP organizations in Ümraniye, Sultangazi and other areas.

He claimed that a young woman identified as D. was sexually assaulted in Ümraniye district and Kaftancıoğlu tried to cover up the matter.

“Did you invite that young woman to your office? What did you tell her at the meeting? And why did that young woman resign from the party, along with her seven other friends?” Yarkadaş said.

He also claimed that Kaftancıoğlu has not been responding to the messages of a former district secretary in Sultangazi, who has been trying to complain about a woman being sexually assaulted by a CHP official in the district.

The victim claimed that HDP officials refused to take action or probe the incident until she provided evidence proving Çelik’s assault.

In October, the Turkish Parliament lifted Çelik’s immunity from criminal prosecution over the rape allegations.