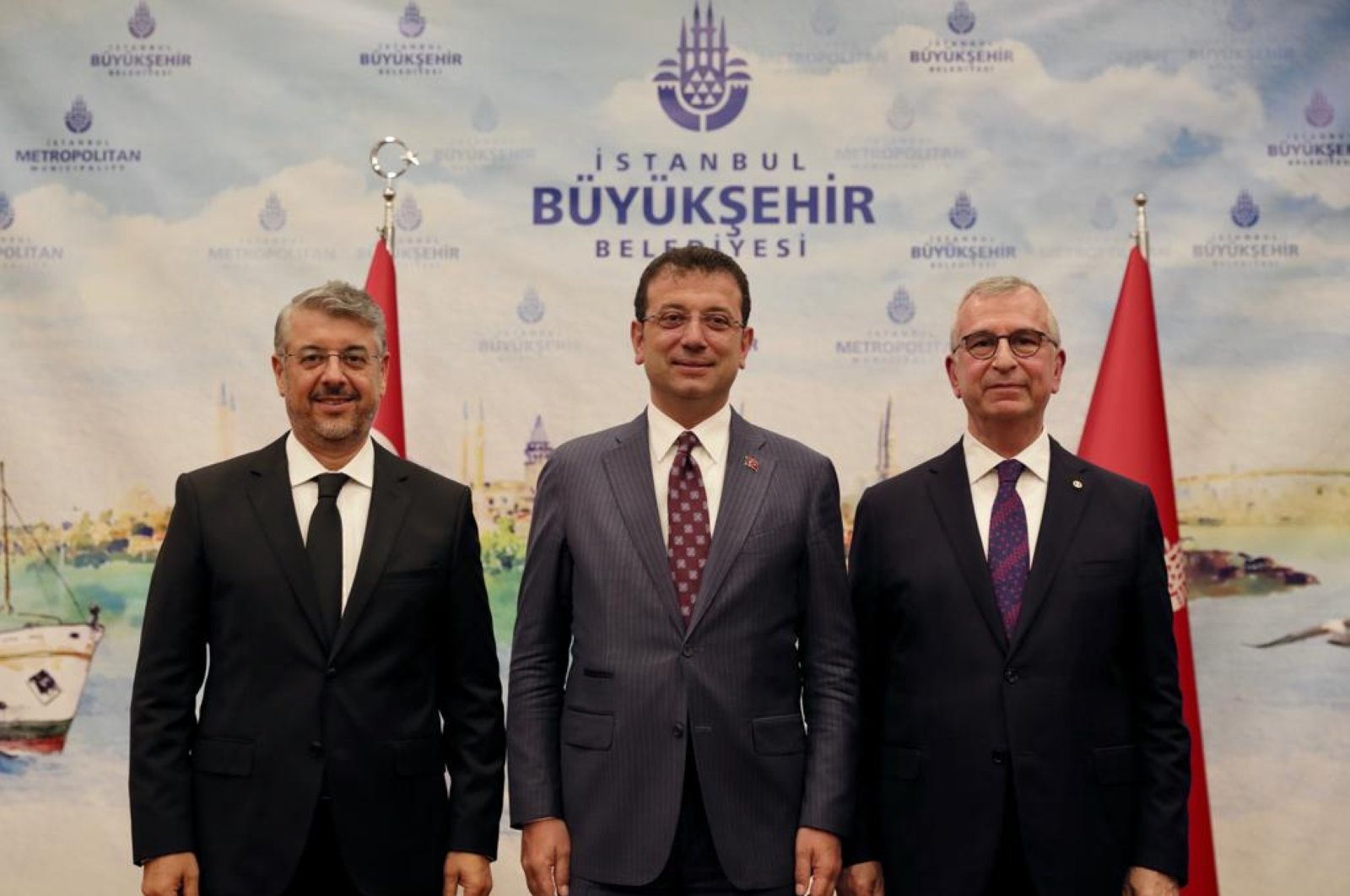 Istanbul Metropolitan Mayor Ekrem Imamoğlu came under fire for appointing a controversial figure, who was previously accused of corruption by main opposition Republican People’s Party (CHP) members, to the post of secretary-general at the municipality. The party said it would discuss the situation among its members.

Imamoğlu appointed Can Akın Çağlar, who was accused of corruption by CHP Istanbul deputies Aykut Erdoğdu and Sezgin Tanrıkulu eight years ago. Citing a report by a parliamentary committee on public enterprises, Erdoğdu had claimed that Çağlar was involved in a series of irregular banking processes at Ziraat Bank and granted a dead loan to the Ora Mall in Istanbul’s Bayrampaşa district when he served as the bank’s president. Erdoğdu had requested Çağlar’s resignation from his post at the Banking Regulation and Supervision Agency (BDDK).

Speaking on Çağlar’s appointment, CHP Group Deputy Chairman Engin Özkoç said the party did not know about it and heard it from the news. He said they will discuss the matter among themselves.

Meanwhile, Mayor Imamoğlu said he chose Çağlar because he believes he is competent for the job.

“I shook hands with Mr. Çağlar because there is no issue in which he cannot hold himself to account and because he is competent,” Imamoğlu said at the handover ceremony at the municipality headquarters. He continued by claiming that Çağlar is not a political figure and that he has a response to all the criticism from fellow CHP members.

Çağlar, on the other hand, said he never entered politics and hopes to leave the job with grace after his term is over.

Çağlar became the president of Turkey’s state-owned Ziraat Bank in 2003 and became a member of the BDDK in 2011. He resigned from his post three years later and started working for Eureko Insurance.

Çağlar is also known for his close relations with former Deputy Prime Minister Ali Babacan, who launched the Democracy and Progress Party (DEVA) in March.