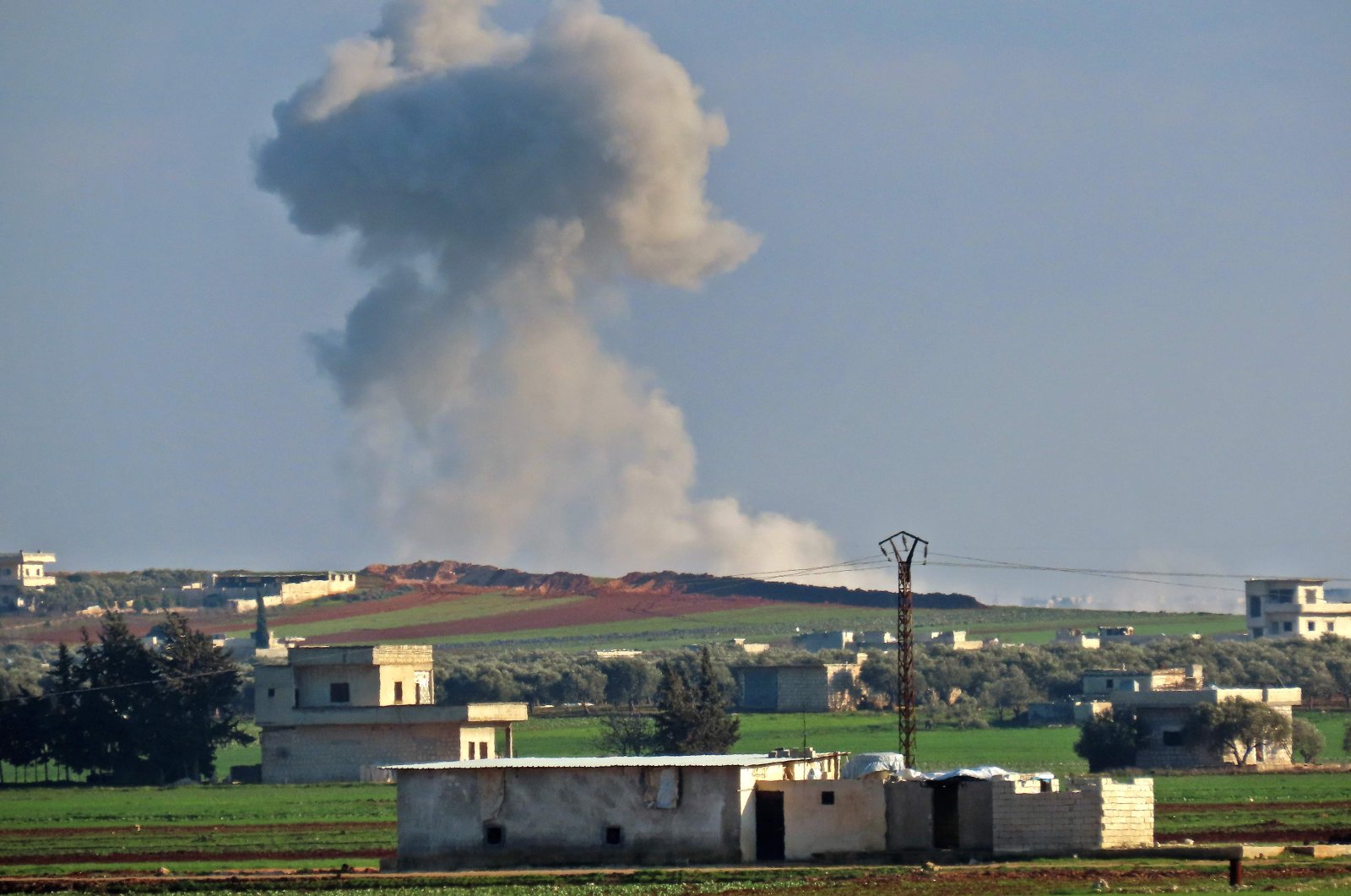 Smoke seen billowing following an airstrike by pro-regime forces near the town of Saraqib in the eastern part of the Idlib province in northwestern Syria, March 2, 2020. (AFP Photo)
by Daily Sabah with Reuters Mar 05, 2020 6:31 pm

The Turkish Armed Forces (TSK) and opposition fighters were clashing Thursday with Bashar Assad regime forces in the strategic town of Saraqib in the Syria's northwestern Idlib province, reports said.

According to local sources, the TSK artillery was pounding regime forces inside Saraqib.

An earlier report by Russian RIA news agency said Syrian rebels have resumed the shelling of Saraqib and the vital M5 highway which connects Damascus with Aleppo.

In a sign that the Kremlin firmly intends to secure control of the M5, earlier this week Russian military police deployed to Saraqib, sitting on the highway, to ward off any Turkish attempt to retake it.