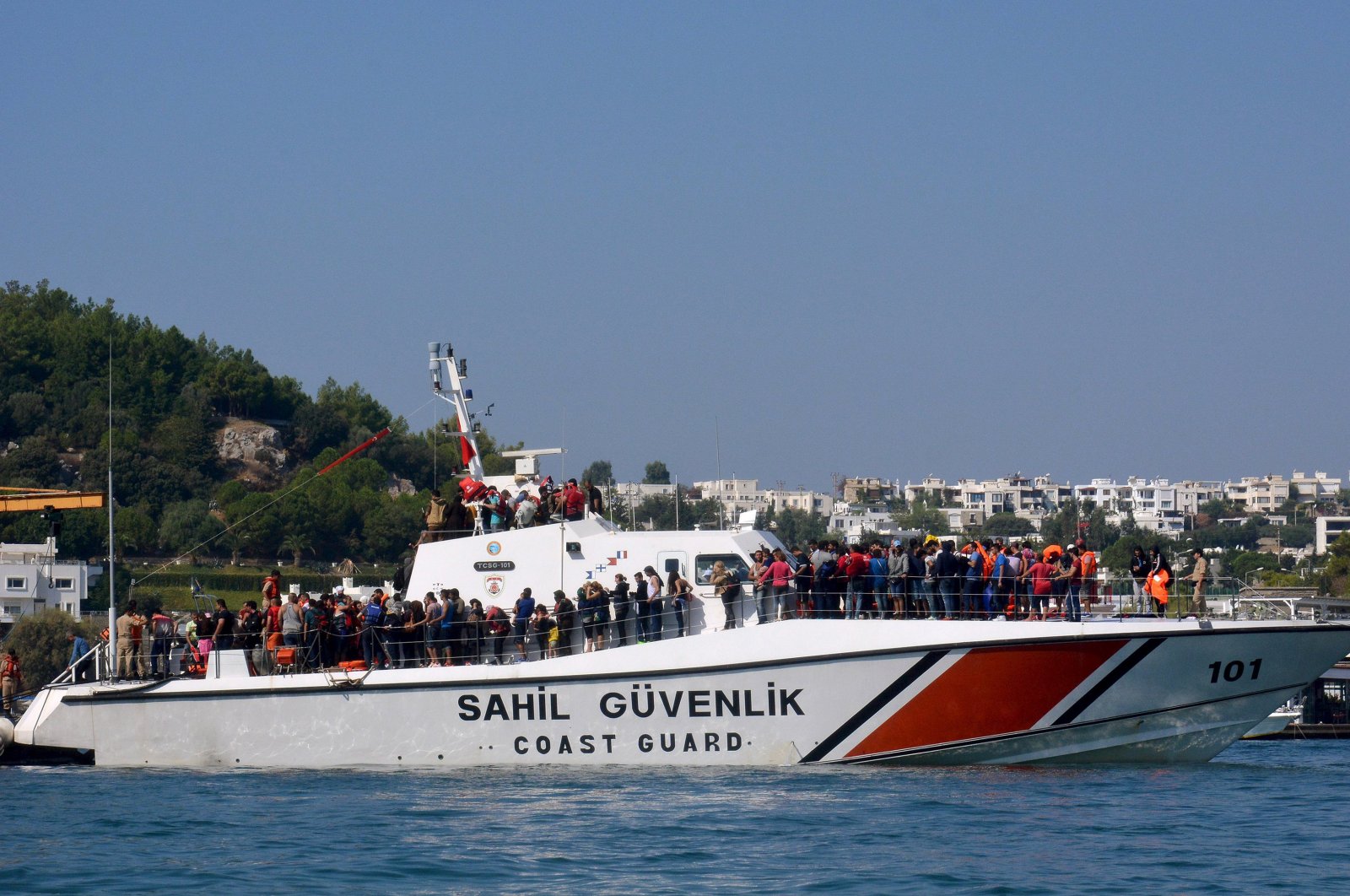 Migrants rescued from a capsized boat wait to disembark from a Coast Guard ship in the resort town of Bodrum, in Muğla province Sept. 15, 2015. (Reuters File Photo)
by Anadolu Agency May 26, 2020 10:25 am
Edited By Nurbanu Tanrıkulu Kızıl
RECOMMENDED

Acting on a tip-off, the rescue team reached out to the migrants, who were onboard inflatable boats that were forced into Turkish territorial waters by the Greek coast guard.

The group of Afghans, Congolese, Guineans and Pakistanis were rescued off the coast of Foça in Izmir province. They were taken to the provincial migration office.

In the past three months, Turkish security forces have rescued more than 250 migrants and refugees off the Aegean coast after they were forced by Greece into Turkey's territorial waters.

Turkey has condemned Greece for its harsh reaction to the influx of people at its border that includes physical attacks, spraying tear gas and killing several people who attempted to cross between the two nations.

Turkish officials also said earlier last month that the Greek coast guard had attempted to sink vessels carrying migrants and refugees toward the country's islands, opening fire and hitting people on the boats with long sticks.