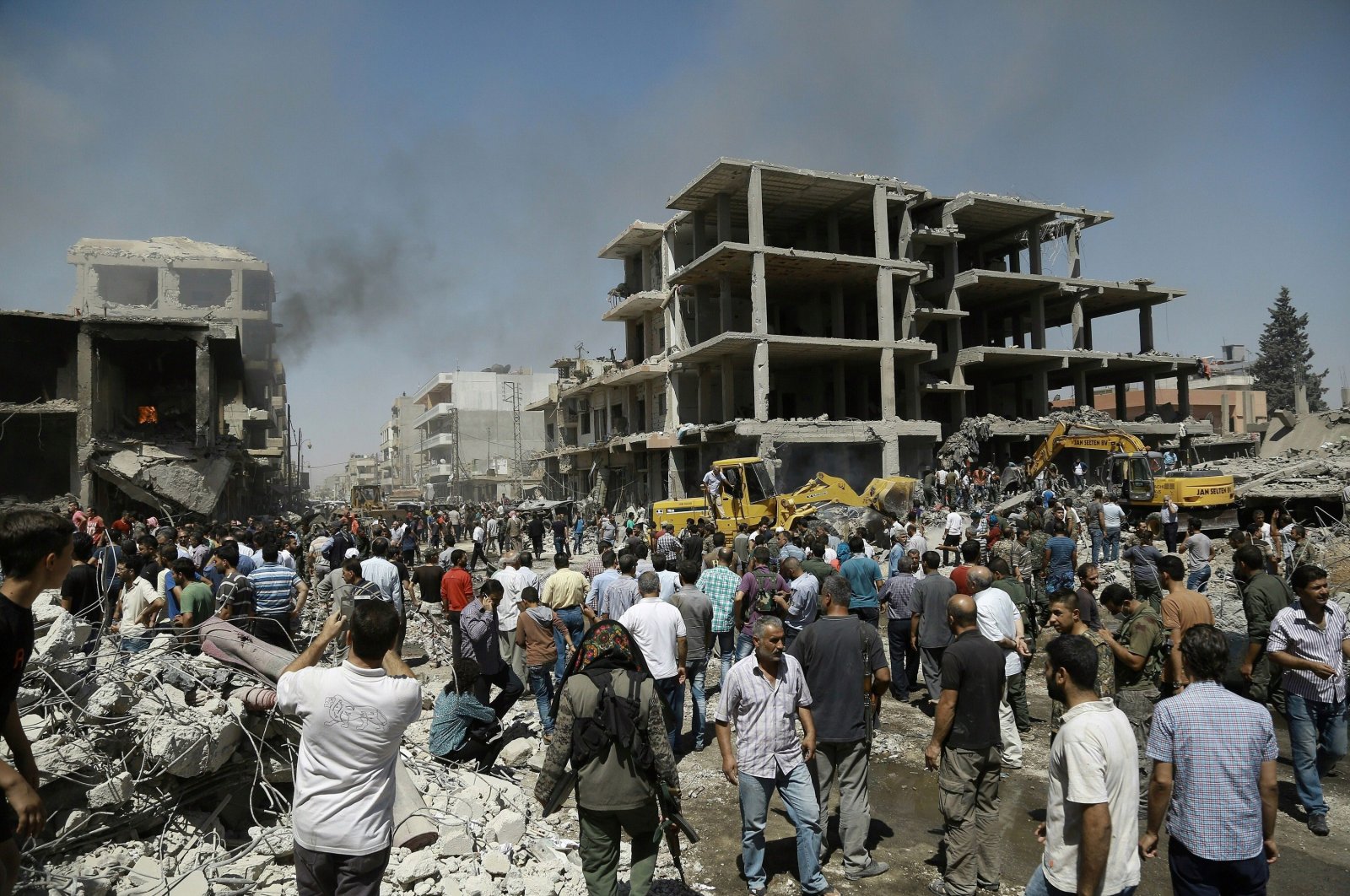 Syrians gather at the site of a YPG bomb attack in Syria's northeastern city of Qamishli on July 27, 2016 (AFP Photo)
by Daily Sabah with DPA May 22, 2020 9:42 am
Edited By Nurbanu Tanrıkulu Kızıl
RECOMMENDED

The coronavirus pandemic will further exacerbate the humanitarian situation for millions of people in embattled north-eastern Syria, the International Committee of the Red Cross (ICRC) warned on Thursday.

Syria's north-east is largely controlled by the terrorist YPG/PKK, who has been using the coronavirus outbreak to its advantage by doubling the prices of basic food in areas under its control in northeastern Syria while subjecting the locals to difficult conditions.

The ICRC said on Thursday there is a risk that the humanitarian crisis in north-eastern Syria will worsen and called for international help.

"The international community, humanitarian actors and donors must respond to the pandemic without losing sight of chronic conflict-related needs in places like Syria's north-east," Fabrizio Carboni, the ICRC's regional director for the Near and Middle East in Geneva, said.

Only one of 16 hospitals in Syria's north-east is fully functioning, and more than half of all public health centers are out of service, according to the ICRC.

"For millions of people in north-east Syria, the consequences of fighting, shortages of water, food and medicine, a lack of electricity, the economic downturn with job losses and price hikes are as much of a worry as coronavirus," Karim Mahmoud, the ICRC head of the Hasakah office in north-eastern Syria, said.

At least 58 coronavirus cases have been reported so far in war-torn Syria, including six in the north-east, according to the government.