Deal with Turkey in favor of Libya, PM Dbeibah says 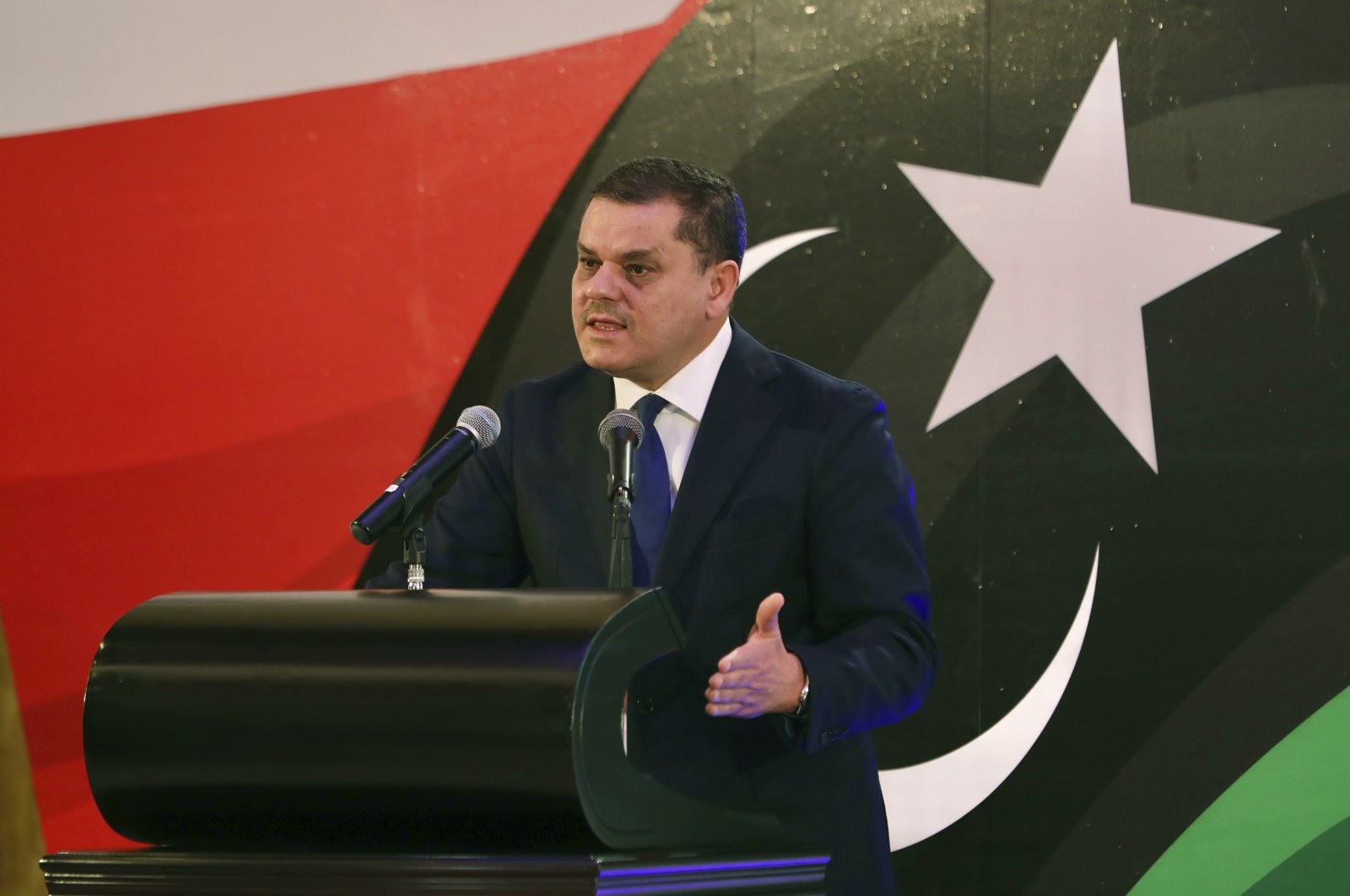 Libya’s Prime Minister-designate Abdul Hamid Dbeibah on Tuesday said the Turkish-Libyan maritime agreement in the Eastern Mediterranean is in the interest of his country, as he urged all mercenaries to leave the country.

The statement came in response to a question about the agreement in a parliament session held in Sirte for a vote of confidence on the new interim government led by Dbeibah.

“The Libyan-Turkish agreement in the Eastern Mediterranean is in the interest of the state of Libya,” Dbeibah said, adding: “Libya has gained a fine share of its right to [natural] gas” after the agreement.

He also demanded the departure of an estimated 20,000 foreign fighters as he sought support from lawmakers to help end a grinding civil war in the North African nation.

“The mercenaries are a stab in our back – they must leave,” Dbeibah told parliament, saying he would contact the United Nations and the countries where the mercenaries come from to demand they withdraw.

“Our sovereignty is violated by their presence,” Dbeibah added, speaking in the central seaside city of Sirte.

Foreign mercenaries and arms have poured into the country since Haftar launched his offensive, with Russia and the United Arab Emirates (UAE) serving as the putschist general’s top suppliers. According to the U.N., there are currently 20,000 foreign forces and/or mercenaries left in Libya.

Most of the foreign forces are concentrated around Sirte at Jufra airbase held by Haftar’s forces 500 kilometers (300 miles) south of Tripoli and further west in Al-Watiya.

A U.N. report on Sudan released in January 2020 also said many Arabs from the war-weary region of Darfur were fighting as “individual mercenaries” alongside warring Libyan parties.

Meanwhile, the parliament postponed its vote of confidence on a new interim government to Wednesday.

“The parliament decided to suspend [postpone] the session until tomorrow, Wednesday,” Muhammad Al-Raeed, a member of the House of Representatives from the city of Misrata, told Anadolu Agency.

Al-Raeed said: “Tomorrow’s session will be for a vote of confidence for the government.”

Commenting on the possibility of granting confidence to the government or not, he added: “On Wednesday, God willing, we will definitely give it confidence.”

Dbeibah also presented his ministerial outline to the parliament.

On Monday, the house met in the coastal city of Sirte for a vote of confidence on the new interim government.

The session began in the presence of 132 out of 200 deputies chaired by Parliament Speaker Aguila Saleh.

On Saturday, Dbeibah proposed a unity government of 27 members, promising that the government will prioritize “improving services, unifying state institutions, and ending the transitional period by holding elections.”

The war was exacerbated when warlord Khalifa Haftar, supported by the United Arab Emirates, Egypt, Russia, and France, among others, carried out a military onslaught to topple the Tripoli-based internationally recognized government for control of the North African country.