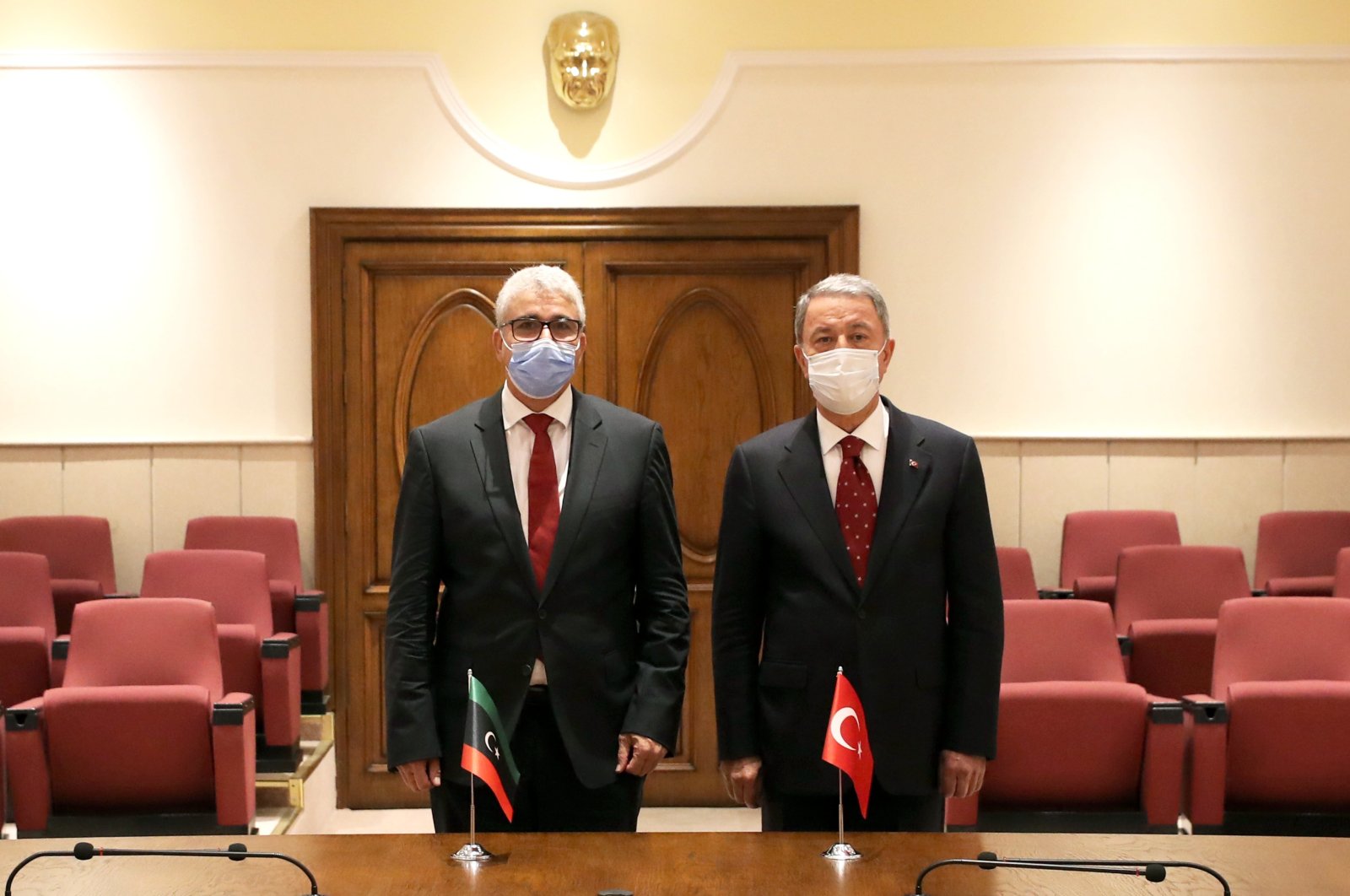 Hulusi Akar welcomed Fathi Bashagha in the capital Ankara with military honors and spoke on recent developments in the North African country in a one-on-one meeting, said a written statement.

Last Friday, Libya’s internationally recognized Government of National Accord (GNA) announced a cease-fire and ordered the military to stop all combat operations, specifying that the areas of Sirte and Jufra must be demilitarized, and calling for elections next March.

Aguila Saleh Issa, the speaker of the eastern-based House of Representatives and an ally of putschist Gen. Khalifa Haftar, also supported the demilitarization of Sirte, calling for it to be the temporary seat of the new government, but did not make any mention of Jufra.

Both Prime Minister Fayez Sarraj and Saleh said they want an end to the oil blockade imposed by Haftar’s camp since earlier this year, which has stifled the legitimate Tripoli government.

However, Haftar forces rejected calls for the cease-fire, claiming that the GNA was preparing to attack Sirte. On Thursday, the Libyan Army said militias loyal to Haftar had violated the cease-fire.

Following the ouster of late ruler Moammar Gadhafi in 2011, Libya's new government was founded in 2015 under a U.N.-led political deal. Libya's internationally recognized government has been under attack by warlord Haftar's forces since April 2019, with thousands of civilians killed in the violence.

With Turkish support, the GNA has recently turned the tide against the forces of Haftar, while stressing that there is no military solution for Libya.

Haftar is supported by Egypt, the United Arab Emirates (UAE) and Russia. On the other hand, Turkey and Qatar have played a pivotal role in supporting the legitimate Libyan government and defending Tripoli against Haftar's attacks.

"Turkey is pursuing humanitarian and other activities in line with international law, and will continue doing so,” Akar also said Thursday on Turkey’s activities in the country.