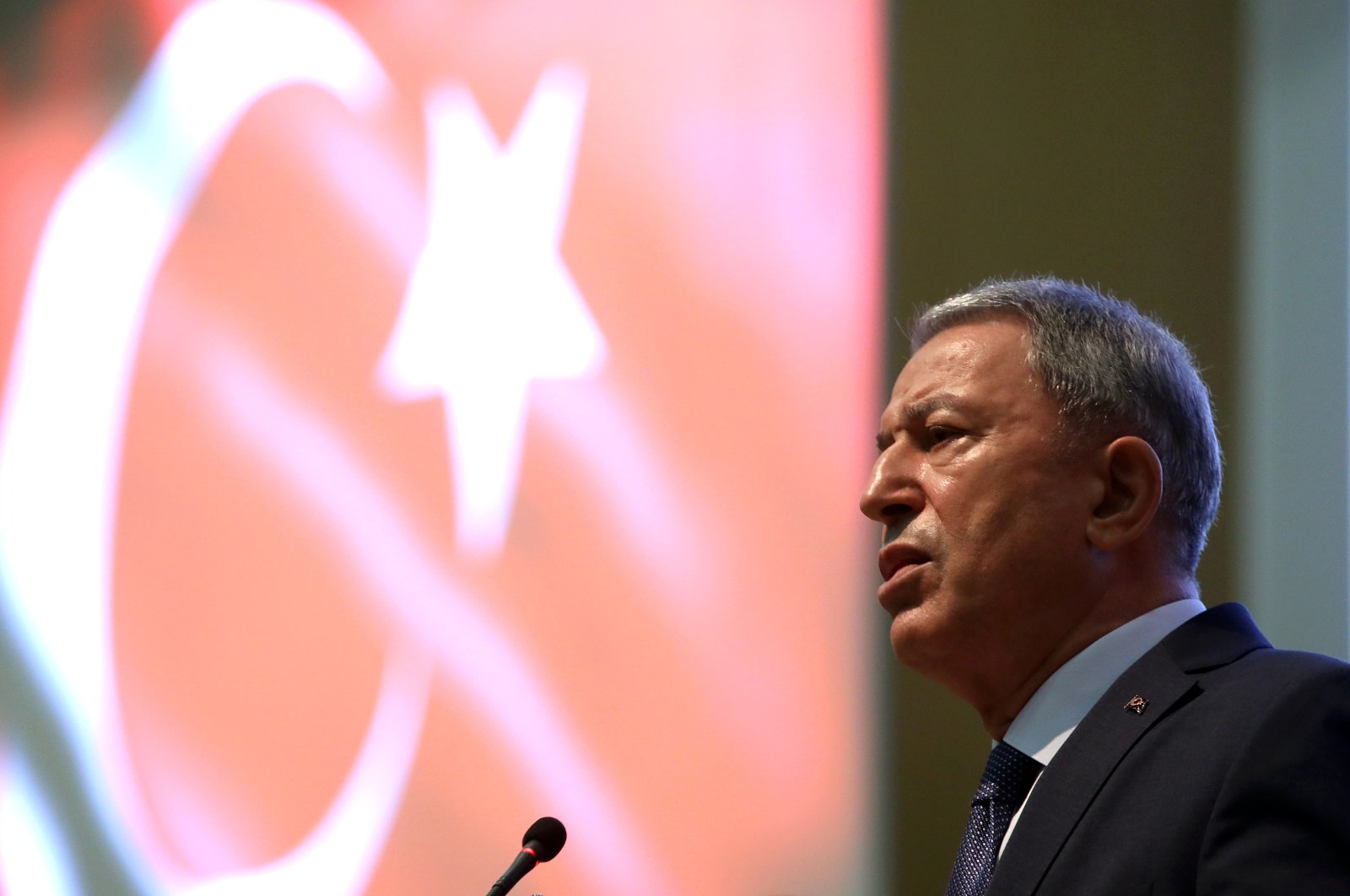 The Turkish military has been the most successful compared to other militaries in the world when it comes to fighting the coronavirus, Defense Minister Hulusi Akar said Wednesday.

"Compared to the other armies in the world, the Turkish military, in terms of the numbers of virus cases, is the most successful one. This is really a great success," Akar said.

"So far, 35 million masks, 500,000 overalls and 160 tons of disinfectants have been produced," Akar stated, adding that the products have been delivered to branches of the military and related institutions.

"There is an expected level of decrease in the number of new cases. The number of patients who are in need of intensive care is also decreasing," he said.

With a decreasing number of new cases and those who have recovered making up more than 70% of all cases in the country, the Health Ministry declared the outbreak under control.

A total of 1,411 PKK terrorists were killed in Syria and northern Iraq since Jan. 1 during Turkey's cross-border operations, the defense minister further.

Turkey's anti-terror operations are continuing successfully in areas of northern Syria and Iraq, with the terrorist YPG/PKK group constantly sustaining losses and suffering a severe lack of manpower.

Since 2016, Turkey has launched four successful anti-terrorist operations across its border in northern Syria to prevent the formation of a terror corridor and enable the peaceful settlement by locals: Euphrates Shield (2016), Olive Branch (2018), Peace Spring (2019) and Spring Shield (2020). The country also launched a series of successive operations called Operation Claw in northern Iraq starting from June 2019.

Over the course of its more than 40-year terror campaign against Turkey, the PKK – listed as a terrorist organization by Turkey, the U.S. and European Union – has been responsible for the deaths of 40,000 people, including women, children and infants. The YPG is the PKK’s Syrian offshoot.