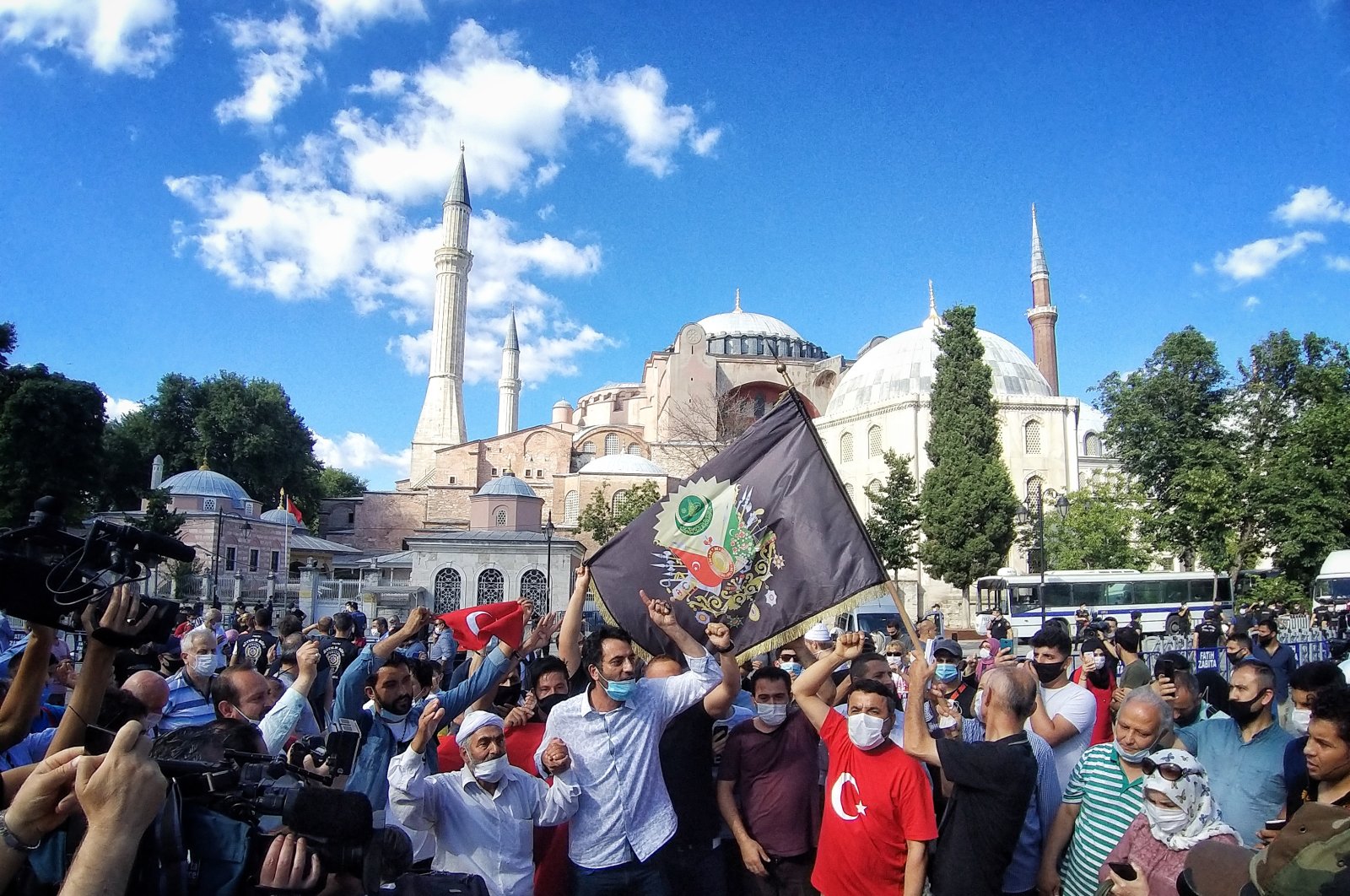 A group of activists and the faithful converged outside Hagia Sophia in Istanbul as a top court ruling for the museum paved the way for its reversion into a mosque in a landmark decision on Friday. Chanting slogans celebrating the ruling, the group shouted “Allahu Akbar” (God is great) and solemnly listened to the adhan or call to prayer recited from the Hagia Sophia.

Speaking on behalf of the group whose number rose to hundreds in a few hours, Mücahit Çelik told reporters that they witnessed “a historic day.” “This was something people longed for, for 86 years,” he said, referring to a 1934 decree that converted the structure into a museum. “We are now looking forward for it to be ready for praying,” he said.

İsmail Kandemir, a 75-year-old retired math teacher, was perhaps the most joyous person in the country upon hearing the court ruling. Kandemir is the founding president of the association that filed the petition to the Council of State for the reversion of the museum into the mosque. “I am so happy. I will be there to perform the first prayers,” Kandemir, who lives in the northwestern city of Bursa, told Demirören News Agency (DHA).

He said that the next goal of his group, The Permanent Foundations Service to Historical Artifacts and Environment Association, was to work toward the reversion of old mosques built by the Ottoman Sultan Mehmed II in Greece to their original status. Fethiye Mosque, believed to be built by the Ottoman sultan in 1458 is currently being used as an exhibition gallery.

Turkey's top administrative court annulled the 1934 government decree that turned Hagia Sophia into a museum. The long-awaited ruling has opened the way for Istanbul's iconic Hagia Sophia to be used as a mosque. Upon the court’s ruling, President Recep Tayyip Erdoğan signed a presidential decree to hand over Hagia Sophia to Turkey's Presidency of Religious Affairs and open it for worship while congratulating the Turkish people.

The court stated that Hagia Sophia is officially registered as a mosque in its deed, adding that it was decided that its use for anything else other than a mosque was legally not possible. "The Cabinet decision in 1934 that ended its use as a mosque and defined it as a museum did not comply with laws," it said.