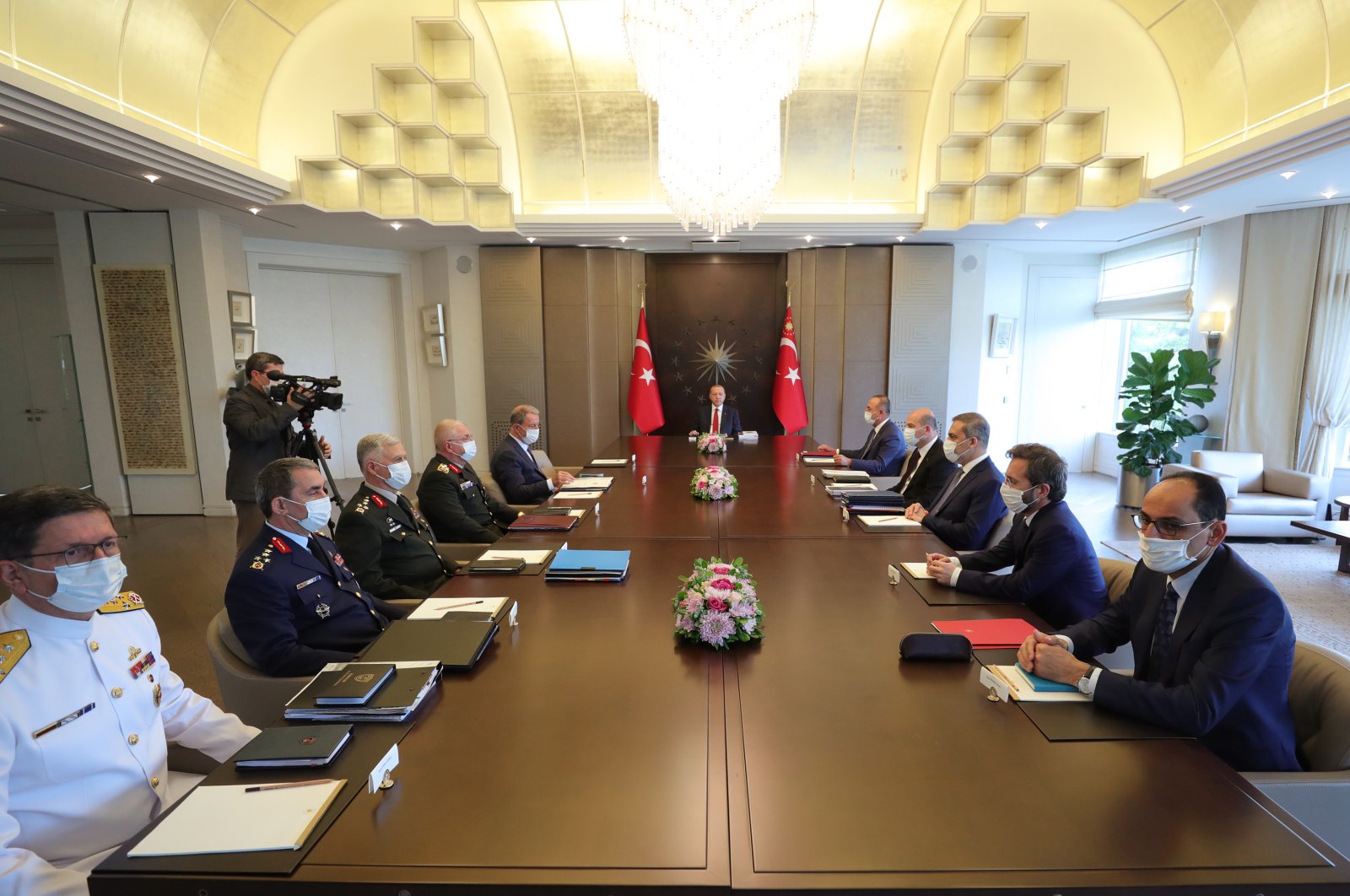 “In the meeting, regional developments and particularly Syria, Iraq and Libya were discussed in detail,” a statement from the Presidency said.