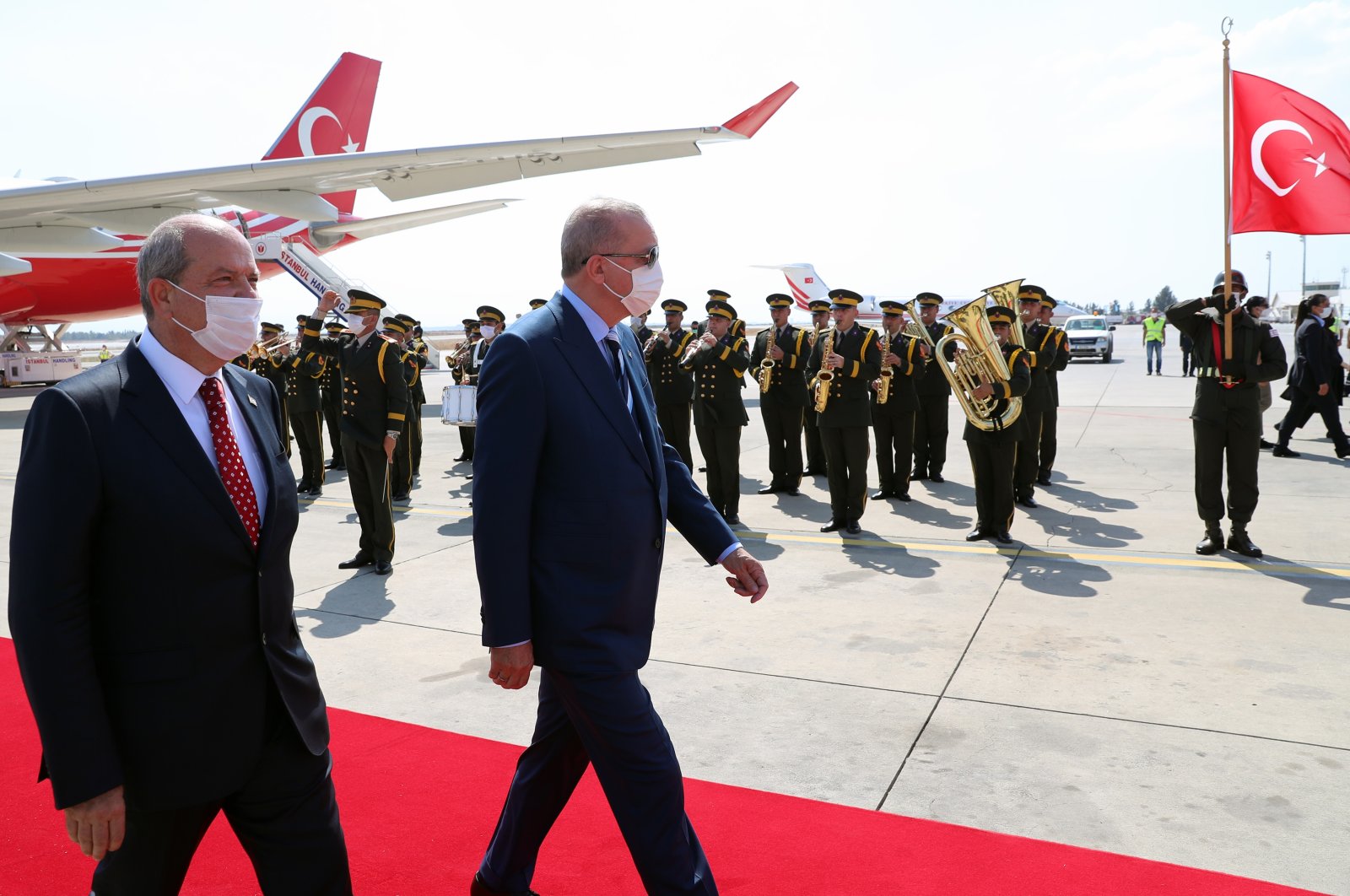 If there will be a new negotiation process for the Cyprus issue, it can only be held between two equal and sovereign states, Turkish President Recep Tayyip Erdoğan said Monday ahead of his official visit to the Turkish Republic of Northern Cyprus (TRNC).

The president said that Turkish Cypriots have been fighting for equality and justice on the island for more than half a century.

He reiterated his call to all parties who desire a just, lasting and sustainable future in Cyprus to seize the historic opportunity.

During his visit, Erdoğan will address a special session of the Turkish Cypriot Parliament and attend celebrations of the July 20 Peace and Freedom Day, marking the 47th anniversary of Turkey's 1974 Peace Operation, which protected the island's Turkish Cypriot community from Greek Cypriot violence.

He will also meet with Turkish Cypriot President Ersin Tatar to exchange views on the latest developments in the Eastern Mediterranean and bilateral relations. Erdoğan will then attend a mass inauguration ceremony of a number of completed projects.

Every year the TRNC celebrates July 20 as its Peace and Freedom Day to mark the operation – a large-scale military intervention to protect Turkish Cypriots from the violence that struck the island in 1974.