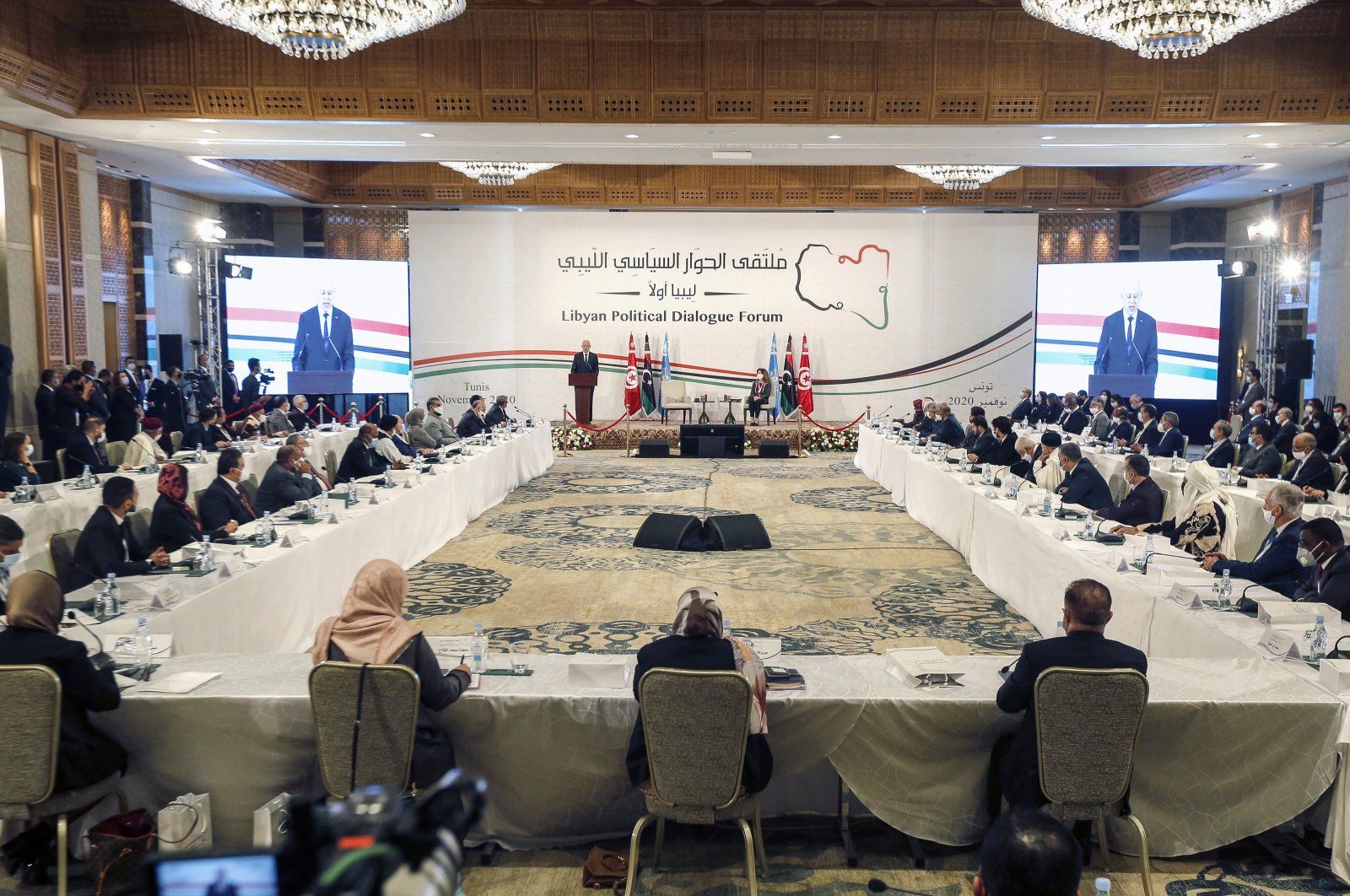 The fourth round of the U.N.-brokered Libyan Political Dialogue Forum will begin on Tuesday in Libya between representatives of the internationally recognized government and putschist Gen. Khalifa Haftar, according to a participant in the forum.

A member of the dialogue forum who requested anonymity said Monday that the U.N. Support Mission in Libya (UNSMIL) has scheduled to hold a session on Tuesday to discuss proposals regarding the mechanisms for selecting the prime minister and Presidential Council.

The source added that the session will take place via closed-circuit television and a set of new proposals submitted by a number of participating members will be discussed, without providing further details.

Last Wednesday, the third round of the Libyan Political Dialogue Forum was concluded two days after the conclusion of the second round, which was held virtually on some outstanding issues such as the nomination and selection mechanism.

The first meeting of the forum was held in Tunisia on Nov. 9-15, during which Libya's warring sides agreed to hold general elections on Dec. 24, 2021.

Participants at the forum had agreed on the scope, duties and powers of the Presidential Council, which will be composed of three members, each of whom will represent Libya's three regions, and that decisions taken by the council must be approved unanimously.

Likewise, an agreement was reached on the powers and duties of the government that will undertake the executive power.

A total of 75 people selected by the U.N. to represent different regions of Libya attended the forum in the Tunisian capital.

The Government of National Accord (GNA) was founded in 2015 under a U.N.-led agreement, but efforts for a long-term political settlement failed due to a military offensive by Haftar's forces.

The U.N. recognizes the GNA as the country's legitimate authority.

Tripoli has been battling Haftar's militias since April 2019 in a conflict that has claimed thousands of lives.