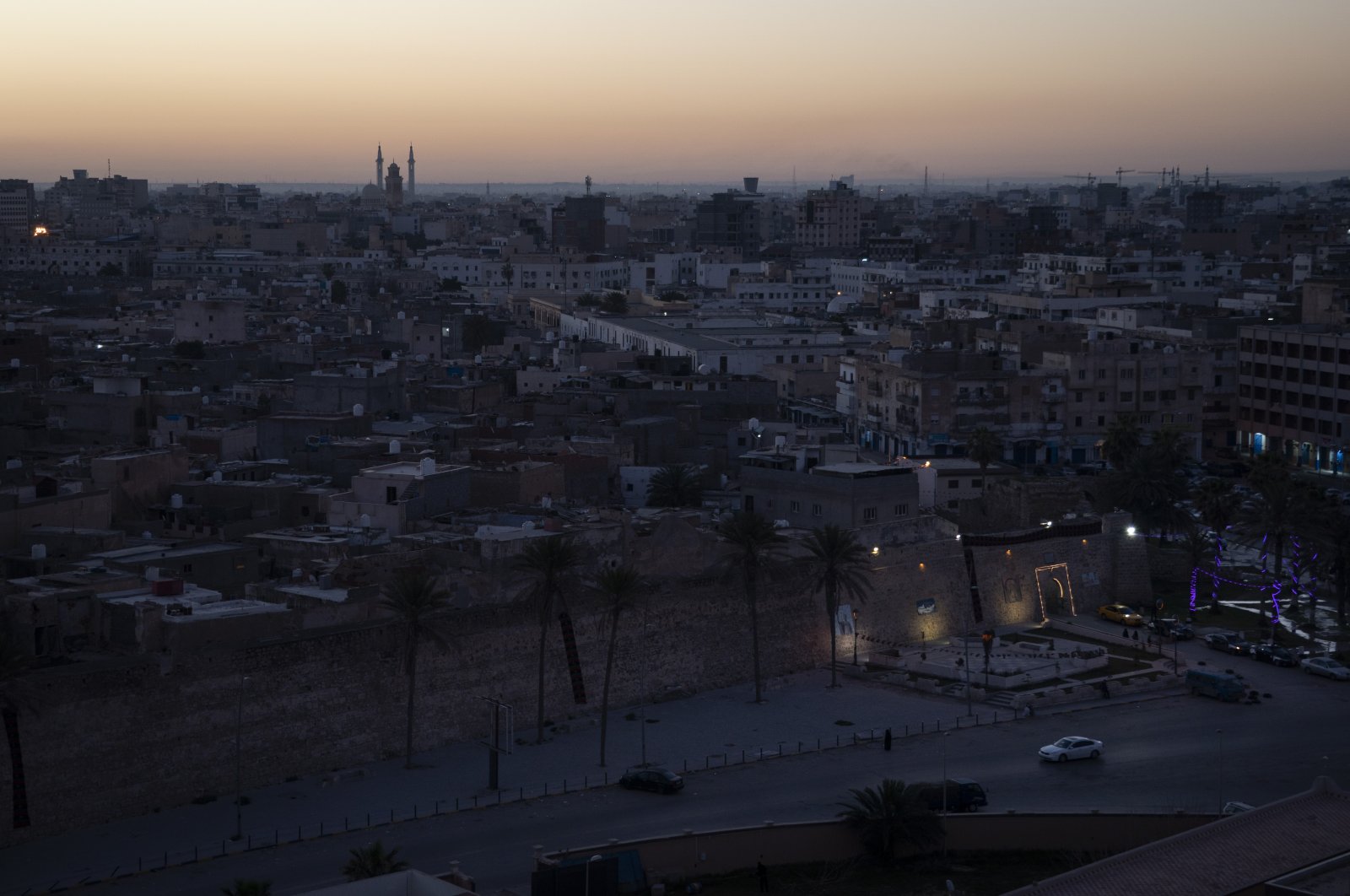 In this Feb. 29, 2020 photo, the walls surrounding the Old City are illuminated before sunrise in Tripoli, Libya. The country plunged into chaos in 2011, when a civil war toppled longtime dictator Moammar Gadhafi, who was later killed. (AP Photo)
by Compiled from Wire Services Mar 13, 2020 10:32 am
RECOMMENDED

African leaders on Thursday said they would hold Libyan reconciliation talks in July in Ethiopia’s capital Addis Ababa in the latest attempt to broker an end to the fighting in the conflict-ravaged North African state.

International efforts to end Libya's conflict have stumbled, and Tripoli's African neighbors have been seeking a wider role in resolving the crisis.

It was the second meeting in the Congo since a January summit in Berlin where world leaders agreed to halt foreign interference in Libya and impose an arms embargo.

The African Union group decided to hold the inter-Libyan conference in Ethiopia, a statement said after the Congo meeting.

It was not immediately clear who would attend the talks, however.

Since the ousting of late ruler Moammar Gadhafi in 2011, two seats of power have emerged in Libya: Khalifa Haftar in eastern Libya, supported mainly by Egypt and the UAE, and the Government of National Accord (GNA) in Tripoli, which enjoys U.N. and international recognition.

The meeting in the Congolese town of Oyo was called following the resignation of the U.N. special representative on Libya, Gassane Salame.

His resignation capped months of work to broker a cease-fire after Haftar launched an offensive in April to seize Tripoli.

On Jan. 12, parties in Libya announced a cease-fire, followed by the Berlin conference on Jan. 19, in response to a joint call by the leaders of Turkey and Russia. But two days later in Russia, talks for a permanent cease-fire stagnated after Haftar stormed out of Moscow without a deal.

Meanwhile, the oil crisis in Libya is deepening as a blockade of the country’s vital oil fields generated losses of more than $3 billion, the national oil corporation announced late Thursday.

The war-torn country controls vast oil reserves, the biggest in Africa, and typically pumps out 1.2 billion barrels a day.

But its regular oil production ground to a halt in January when tribes loyal to eastern-based Haftar forces seized large export terminals and choked off major pipelines, jeopardizing the national economy that relies heavily on oil revenues.

The National Oil Corporation reported that production had been reduced to a trickle of 97,500 barrels a day. It warned of a looming fuel shortage given the government’s inability to pay for imports.

The country’s oil wealth has long been at the center of strife between rival forces under the command of Haftar and the U.N.-backed government based in the capital, Tripoli.

By leveraging their control of much of Libya's east and south, Haftar forces seek to choke off the cash flow to their adversary, the Tripoli-based administration, which runs Libya’s central bank.