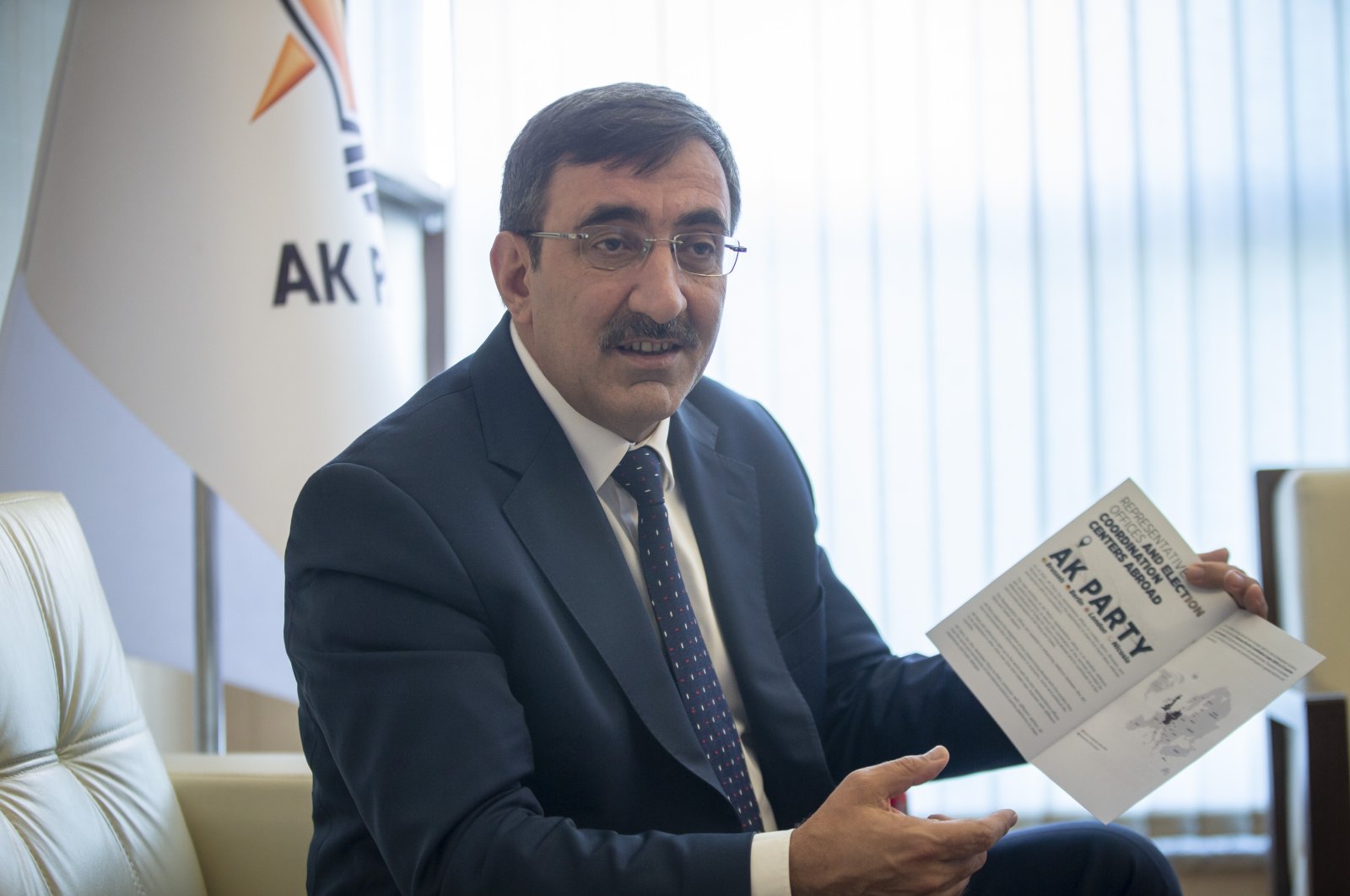 The ruling Justice and Development Party (AK Party) has prepared three booklets to inform foreigners about developments in Turkey and facts about the party.

Speaking to the Anadolu Agency (AA), AK Party Deputy Chair Cevdet Yılmaz said the booklets have been prepared by the party’s directorate of foreign relations.

Yılmaz explained that one of the booklets focused on the efforts made for religious minorities and issues surrounding the Hagia Sophia Grand Mosque. He said the booklet explains Turkey’s justification for reverting the former museum into a mosque.

He said the Hagia Sophia issue could be better explained by clarifying its relationship to the concept of foundation law, Yılmaz said. "We reiterate that the Hagia Sophia was not converted from a church to a mosque – it served as a mosque for centuries and then became a museum. So it has now reverted to a mosque. We emphasize that as a UNESCO World Heritage site, it will be open to all and that visitors its Christian treasures will be protected."

"In the booklet, we have emphasized that our action does not mark an approach to the Christian world or non-Muslims, but fulfills the wishes and desires of our nation and is a matter within our right to sovereignty, in harmony with our history. This is a study that aims to correct misperceptions from the outside world. We have conveyed this to foreign representatives and foreign media, either through intermediaries or directly," he said.

On July 24, Friday prayers in the Hagia Sophia Grand Mosque marked the first Muslim acts of worship there in 86 years. The building served as a church for 916 years until the conquest of Istanbul, and a mosque from 1453 to 1934 – nearly 500 years – and most recently as a museum for 86 years. In 1985, Hagia Sophia was added to the UNESCO World Heritage List.

Yılmaz added that a second booklet has been prepared to inform the outside world about Turkey's efforts throughout the coronavirus pandemic and presented its success during the period as a model country.

In addition to Turkey’s high-quality health and social security system, the benefits of the shift to a presidential government system are also explained in the booklet.

Yılmaz also said that the booklet tells of Turkey’s medical aid initiatives in addition to domestic efforts to protect its citizens during the crisis.

Turkey acted swiftly in the knowledge that the pandemic was a global issue for all humanity to be fought in solidarity, Yılmaz said, adding that Turkey had provided aid to more than 150 countries throughout the process.

Another booklet focused on the AK Party itself, explaining what the party had achieved during its term in office since 2002.

Yılmaz explained that the fact the AK Party presided over more than 10 million members made many curious across the globe. The booklet, he said, responds to this need by explaining the party’s performance since its foundation and its organizational structure.