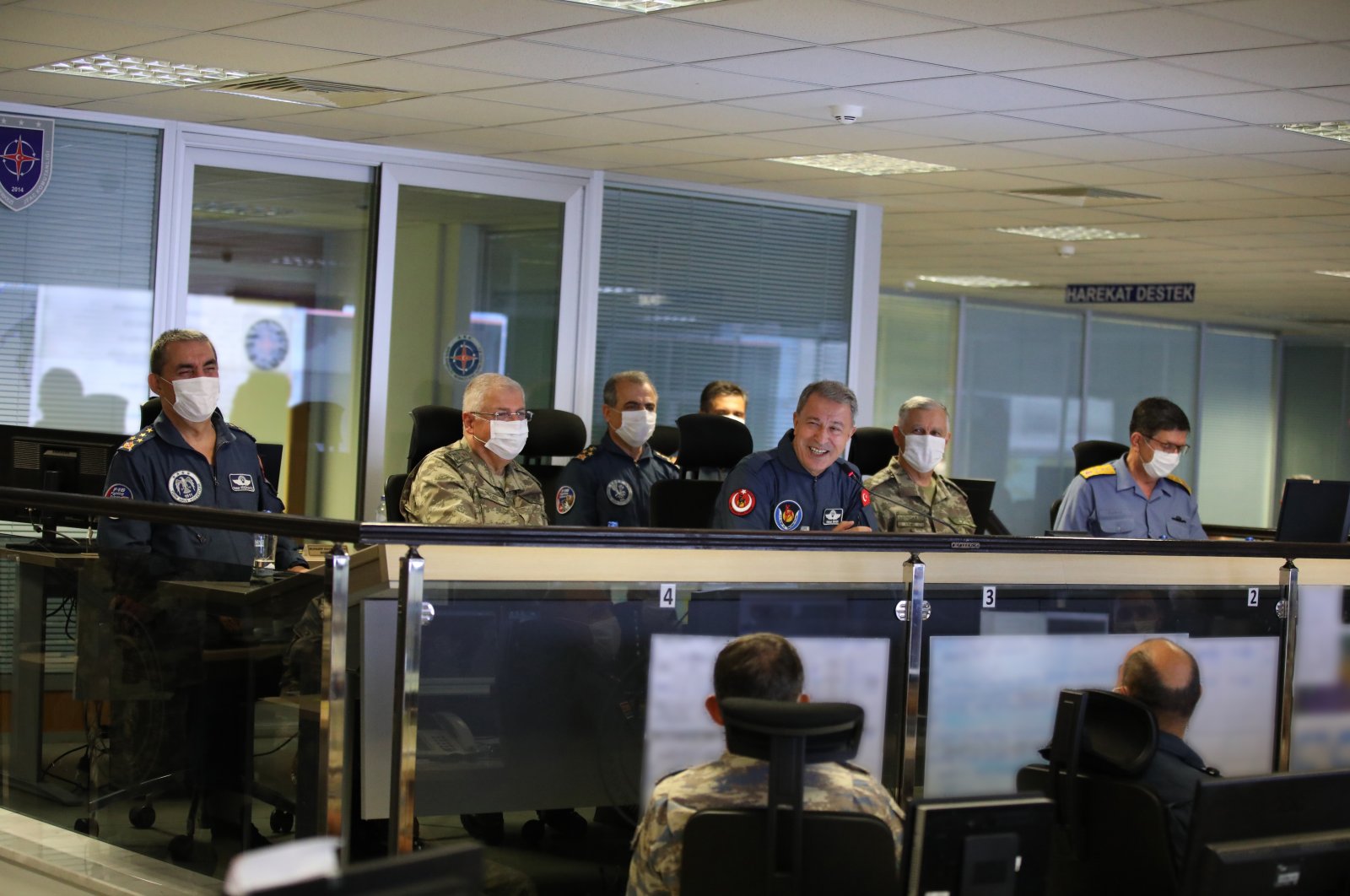 Lifting the arms embargo on the Greek Cyprus administration and trying to disrupt balances will cause conflict, not bring peace in the region, Defense Minister Hulusi Akar said Thursday.

Speaking at the joint air operations center in Eskişehir, Akar accused Greece of engaging in “piracy” in the Eastern Mediterranean and said: This is not acceptable.

Turkey has called on the United States to reconsider a decision to partially lift a 33-year-old arms embargo against Cyprus, saying the move disrupts “equality and balance” between the Turkish Cypriot and Greek Cypriot communities on the ethnically divided island nation.

The embargo, imposed in 1987, was designed to prevent an arms race that would hinder United Nations-facilitated reunification efforts. It was directed against the southern, Greek Cypriot part of the island where the internationally recognized government is seated.

“We are not after tensions or bullying. Turkey chases its rights and interests with belief, science, law, not seeking tension,” Akar said, adding that nobody can obstruct Turkey’s pursuits in this regard.

The Defense Minister criticized outside interference, as he said Turkey respects the political rights and territorial integrity of all of its neighbors but will not forsake any of its rights in the area. He slammed Greece for hiding behind France and the European Union and for thinking that they are entitled to lay claims as they wish.

“You will not change the fact that two plus two equals four, no matter who’s behind you,” Akar said.

The defense minister also criticized Greece for militarizing 16 islands that had demilitarized status as per the Treaty of Lausanne.