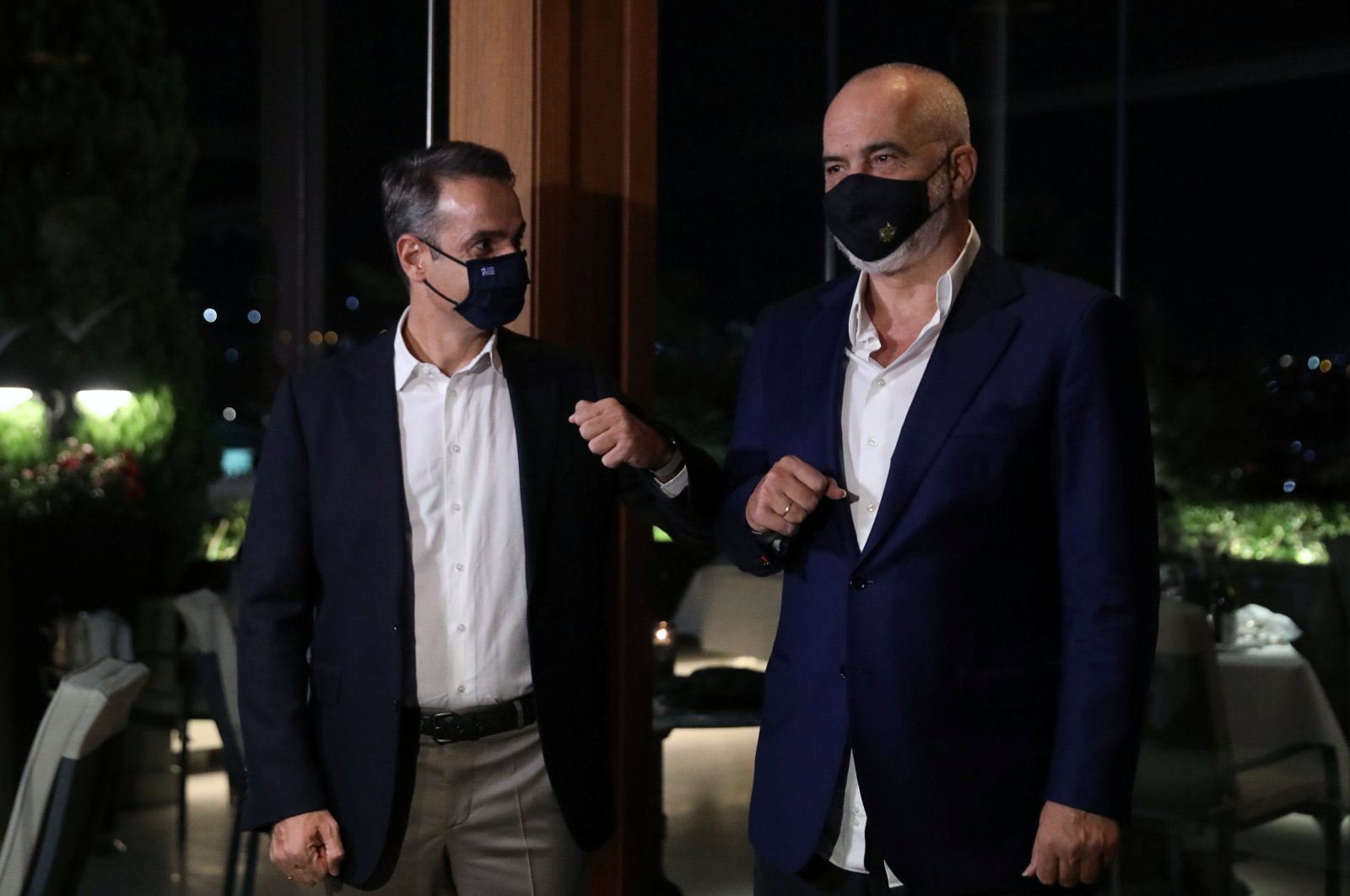 Turkey is a key country that can safeguard Europe's security, the Albanian prime minister said Wednesday, as he urged for dialogue between Ankara and Athens.

Speaking at a conference organized by the British magazine The Economist in the Greek capital, Edi Rama said his country has a strategic partnership with both Greece and Turkey.

"Turkey-Greece relations have the potential to be beneficial for Europe. Turkey is key to Europe's security, just like Greece is of crucial importance to Europe's borders," he said.

The premier called for talks between the two governments amid high tensions since Turkey resumed energy exploration in the Eastern Mediterranean last month.

"Nothing is easy but constructive relations between Greece and Turkey can add value to entire Europe," Rama said.

He referred to the North Macedonia-Greece deal over a decadeslong name dispute, saying the "historic development" carries a lesson for everyone. Last year, both the countries set aside their differences and agreed to rename Macedonia the "Republic of North Macedonia."

During the visit, Rama also met his Greek counterpart Kyriakos Mitsotakis, who said Wednesday that Athens is prepared to enter talks with Ankara over marine zone limits and, if these prove futile, to seek arbitration from an international court. But he said Turkey must take action to reduce regional tension before the negotiations can begin.

The European Union also called for negotiations between the parties. EU leaders will discuss the conflict as well as the bloc's relations with Turkey during their extraordinary summit in Brussels on Sept. 24-25.

Turkey believes that the EU unfairly backs Greece in the maritime dispute that stretches back decades but which gained added importance with the discovery of large natural gas deposits in recent years.

The standoff appeared to be cooling off when Turkey's Oruç Reis research vessel and its accompanying fleet of warships ended their month-long mission and pulled back to shore last weekend. But Turkey stressed that the vessel was only undergoing planned maintenance and would soon continue its exploration in the Eastern Mediterranean Sea. The Turkish navy on Tuesday also announced the extension of the Yavuz drillship's stay in disputed waters near the island of Cyprus until Oct. 12.

"The recent withdrawal of the research vessel Oruç Reis is an important step paving the way for a meaningful dialogue between Greece and Turkey. The EU also calls for similar decisions as concerns Cyprus," said a spokesperson for the bloc's diplomatic chief Josep Borrell.

"There is an opportunity to pursue immediate de-escalation, and resume dialogue and negotiations, which is the only path toward lasting solutions," he added.