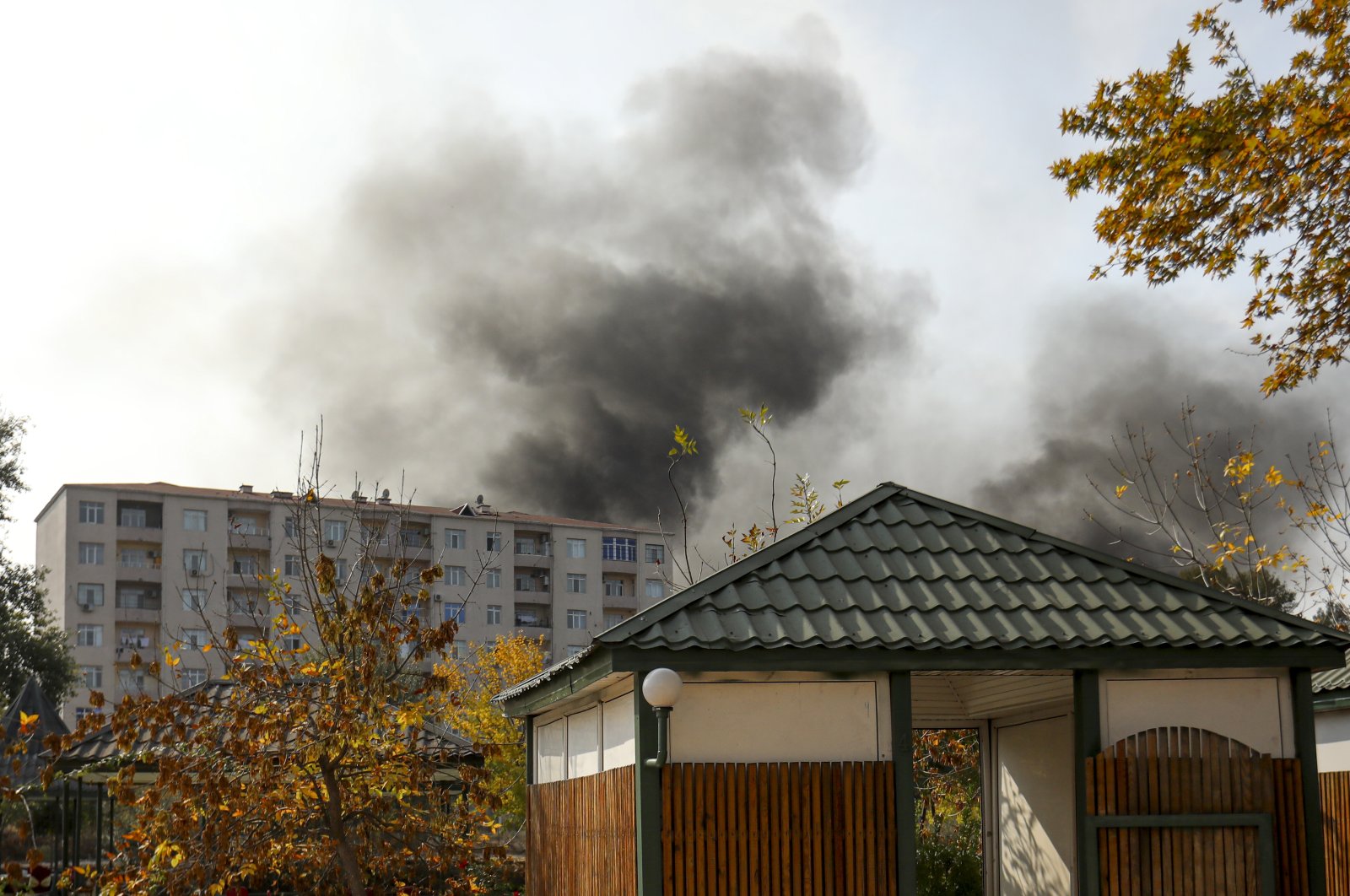 New realities in Nagorno-Karabakh have highlighted the importance of cooperation between Turkey, Russia, Iran and Azerbaijan in maintaining stability and security in the region, Azerbaijan’s President Ilham Aliyev said on Thursday

Speaking to the Russian press, Aliyev said the geopolitical situation in the region will be different after the ongoing clashes between Azerbaijan and Armenia over the Armenian-occupied region of Nagorno-Karabakh.

“We have changed the geopolitical order in the region to a large extent. It has been changed and many cliches have been left behind. For example, the cliche of polarization between Russia and NATO. When you look now, there are more sincere and trustable relations between Russia and NATO member Turkey than the relations between Turkey and another NATO member. These are new realities,” he said.

Stating that these new realities have emerged due to the steps taken by politicians and by developing new cooperation formats, Aliyev added: “Today, it is possible to talk about an active cooperation between Turkey, Iran, Russia and Azerbaijan in various formats.”

He also said that these cooperation formats will evolve and develop in time and contribute to regional security and stability.

Meanwhile, the European Union said Thursday the escalation in the Nagorno-Karabakh conflict was “unacceptable” and called for new peace talks as Armenia and Azerbaijan once more traded accusations of shelling in and around the mountain enclave.

“The European Union finds it unacceptable that after three agreements brokered by Russia, France and the United States on a cease-fire, the fighting in and around Nagorno-Karabakh still continues,” European Commission foreign affairs and security policy spokesperson Peter Stano said in a statement.

The EU executive urged the sides to return without delay to “substantive negotiations” on a peaceful settlement as last agreed in Washington on Oct. 25.

Most recently, the Armenian parliament Wednesday adopted amendments in the law that allow the government to form a "people's militia" from recruited civilians and confiscate assets in case of need.

Militia groups should be formed according to the territorial principle and report to the heads of the local administration, according to a new reading of the law, the parliament's press service said in a statement.

The main task of the militias will be assisting "forces during martial law," it said.

The groups will be provided with uniforms and weapons and will be trained in military camps.

Assets can be expropriated upon the request of the Defense Ministry on condition of further retributions from the government that will repay the damages.